Alexandra Rickham’s life was turned upside down at just 13 years of age. A shallow diving accident whilst on a family holiday in Jamaica left the young Alexandra with C5/6 Tetraplegia – a severe spinal cord injury causing Alexandra’s muscles in her legs, trunk and parts of her arms to not function properly. 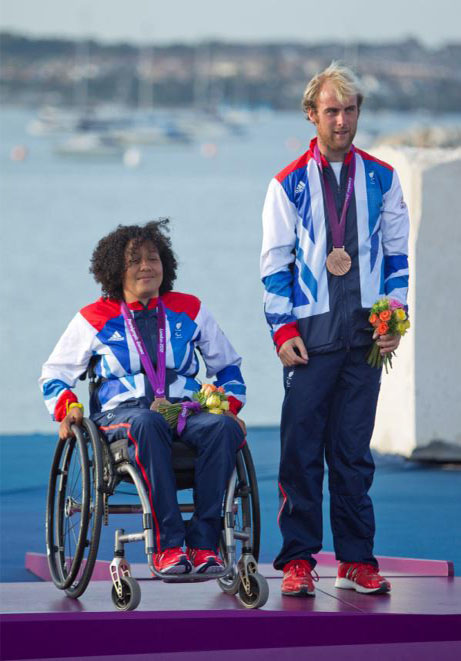 Two decades on from her accident, Alexandra is now a world-class athlete boasting an array of medals from sailing World Championships and Paralympic games.

She explains her challenges to triumph over her injury and the role physiotherapy played in the ascent to top of her sport.

“I was told pretty quickly the extent of my injuries; it was obviously a huge shock. I was very young but just got on with it, I was determined to get back to my friends and live a normal life” she says

“Initially, I couldn’t do very much at all but with the help of physiotherapy my strength slowly increased.

Together with the physios we began the process of building my body back up, it was a long and tough progression, it’s taken many years to get to where I am now.”

All those efforts were rewarded last summer when Alexandra picked up a bronze medal at the London 2012 Paralympics, to add to the five world championships she has previously won for sailing.

“Without the physios, I wouldn’t be able to sail,” says Alexandra,

“The immense stress placed on the few muscles that work means without treatment and stretching I wouldn’t be able to cope with the long days on the water, particularly in competition.”

Lily Devine, lead physiotherapist for sailing at the English Institute of Sport who worked Alexandra in the build up to the Paralympics, explains: “By the time we see people they’ve usually been well looked after by the NHS and have been told that doing sport could be good for them, but for those like Alexandra who choose to pursue their sport to the elite level the demands are great”.

“Competing at such intensity requires a constant monitoring of their condition and intense pre and post event treatment.”

A recent survey suggested that three quarters of Britons feel more positive about the role of disabled people following the Paralympics. That’s something Alexandra says she has noticed since the Games.
“People are more willing to ask questions and their appreciation of Paralympic sport has increased,” says Alexandra, “But we still have a long way to go before attitudes are wholeheartedly changed. We need to use the momentum of the Paralympics as a means to create a true change.”