Motivation, determination and a positive mindset have been instrumental to Joan Hill’s recovery from shoulder surgery. 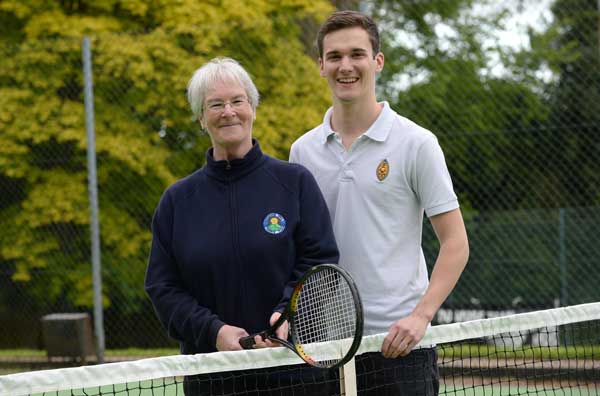 The avid tennis player underwent surgery in 2014 after a series of injuries left her with tears to her muscles and detached cartilage.

“The pain was shocking,” Joan said.

“My shoulder dropped six inches and I couldn’t hold it up.” 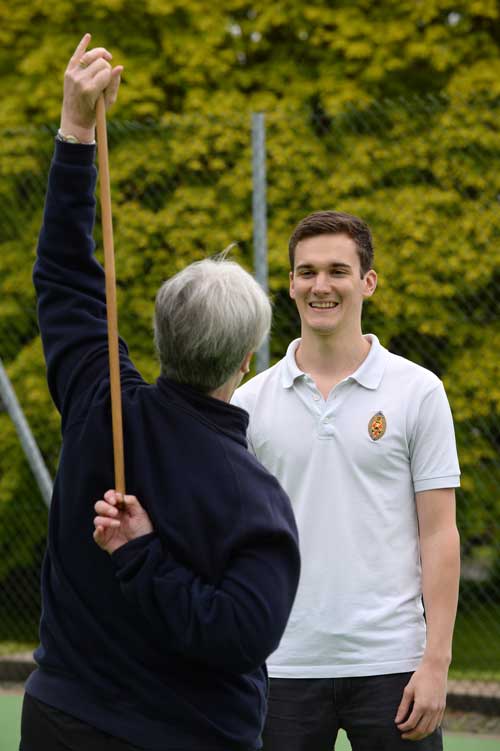 Practising her exercises with Chris

After surgery, Joan was told she could expect to recover up to about 80 per cent of her previous mobility at the most, and was referred to senior physiotherapist Chris Greenfield for post-operative shoulder rehab.

“It was inspiring, he is a motivator.”

Coupled with Chris’ encouragement however, was Joan’s own fierce determination to get back on the tennis court.

“From my point of view, if I didn’t put everything in to it, how could I expect to recover,” she said.

“You have to, otherwise you only have yourself to blame.”

Joan’s recovery was slow to begin with, as her right arm was in an immobilising sling, but after six weeks of treatment with Chris, she was moving her fingers and hands.

“He made me think of things to make me push harder and taught me to think outside the box,” Joan said.
Her treatment included using bottles of water as weights to build strength.

“I saw her through the first six months of rehab, and it’s very rewarding and pleasing to see patients progress,” he said.

“When I caught up with her nine months after her original surgery, it was pretty incredible to see her hitting a ball with the racquet already.”

Joan is still a while off rejoining her midweek competitions but said she was happy to be back on the court, and thanked Chris for his work in getting her there.

“Without the physiotherapy, I just wouldn’t be me,” she said. 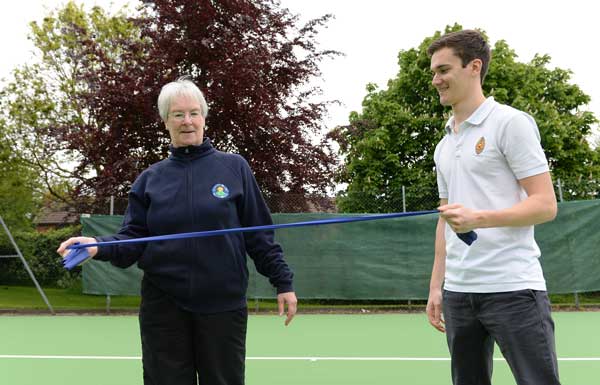 Joan: “Chris made me think of things to make me push harder and taught me to think outside the box”