We cover the most frequently asked questions for NHS pay in England, Wales and Northern Ireland.

These Q&As informed the content of three webinars given to CSP members in the week of 1 August 2022, about the 2022/23 pay award and potential next steps.

Watch recordings of these webinars - England below and Wales - and read the FAQs for further information about the pay award.

Why is it a pay award and not an offer, and what difference does that make?

Pay awards and offers differ in that a PRB award will be applied and paid – in this year, starting in September pay packets – whether or not union members have indicated they feel the award is acceptable. If members indicate that the award is not acceptable and begin a campaign, dispute or even industrial action, payment of the increased amount will continue. In Scotland, where pay is directly negotiated, an offer is made and the pay increase is not paid unless that offer is accepted by union members, unless the government decides to go ahead and ‘impose’ the amount offered.

What is a 'flat rate' rise?

A pay rise where everyone is given the same amount rather than a percentage of their salary is known as a flat rate rise.  It can be a good thing to do, particularly at a time of high inflation when the increase in cost of living affects all workers similarly – e.g. household bills – regardless of earnings. It assists the lowest-paid NHS staff, including our own physiotherapy support workers, something the CSP has a long history of supporting.

However, all NHS staff need and deserve a pay increase that keeps pace with inflation, including the experienced managers and specialist clinicians in bands 8/9, who receive just 1.3-3 per cent under this award. The problem with this award is not the way it is structured but the fact that it is not nearly enough. It is less than half inflation for most of our members and less than a third in the higher bands.

What will I receive?

We have set out what the pay award means in a table. This shows the percentage rise equivalent for each band. For most of our members it will be a rise of about 4 per cent, but for those in band 8a and above the rise is less than 3 per cent – which will include many managers and advanced practitioners.

What is the current rate of inflation?

Inflation figures (as measured by CPI, CPI-H, or RPI indices) are published each month so do vary slightly. Inflation has risen steeply in recent months and annual CPI is currently* around 9.1 per cent. The Bank of England expects CPI inflation in the UK to rise to around 11 per cent this year and to start to slow next year but not reduce to a ‘little above’ its target of 2 per cent until May 2024. The latest available monthly inflation figures are for May and were 9.4 per cent for CPI and 9.8 per cent for RPI.

What about the impact of pension changes on pay?

There are changes to pension contributions in October that may impact on individual pay. These will vary depending on band and hours of work – some may see an increase and others a decrease in contributions. The NHS pension scheme is governed completely separately from NHS pay and is legally subject to triennial valuations, as are all other occupational pension schemes.

I am in Northern Ireland – what will I receive?

To date, there has been no pay announcement for the NHS in Northern Ireland; this is due to the current political situation with no functioning elected administration. The health unions in Northern Ireland have written asking the minister for an urgent meeting to discuss how this can be resolved without further delay for NHS staff. We will therefore consult in Northern Ireland as soon as the position is clearer and will update members regularly about progress.

Will there be a rise to High Cost Area Supplements (HCAS)?

The minimum and maximum HCAS payments – available to staff working in the London area – have been raised in line with the pay award. The details of the new rates can be found in table 1 of annex 9 of the NHS Terms and Conditions Handbook.

I am on a bank contract. Will I receive the pay award?

You will need to look at your individual contract to see how your bank rates are determined and whether they follow Agenda for Change rates including uplifts. If so, the new rate should be applied and we would also expect backpay to be paid.

What are the next steps?

The CSP will now be consulting with all members employed by the NHS in England and Wales on the award. We will be asking whether you think the award is acceptable or not, and if not whether you are prepared to take action in pursuit of a better award.

The consultation period will start the week of 8 August and end in early September. You will receive an email from the CSP with a unique voting link in it.

Why are you consulting if the award has already been decided and will be implemented?

Surveying member enables us to:

Most other unions are also running consultative processes before deciding to ballot. It is essential that the 14 health unions act together, as only by working together can we be effective.

I work for a social enterprise or a community interest company as part of the NHS. Will I be eligible to vote in the consultative ballot?

Most social enterprises and community interest companies within the NHS employ staff on dynamic Agenda for Change contracts.   This means the employment contract makes clear that your pay, terms and conditions are determined nationally, and all national awards and changes will be applied.  For any members on these dynamic contracts, you will be entitled to vote.  If you are unsure, please speak to your local steward, or if you do not have a steward contact the CSP enquiries team.

What are the other unions doing?

Most other health unions are also consulting their members over the summer before coming back together in early September to share the outcomes of those consultations and to decide on next steps. In consulting members, most unions will also be taking an indicative look at support for proceeding to an industrial action ballot.

Why are you consulting and not moving straight to an industrial action ballot?

There are a number of reasons for a two-stage process. Firstly, it is essential that the health unions, of which there are 14 in total, act together, as no union can be effective in challenging a pay decision alone; it is therefore important we work to similar timetables if at all possible. Secondly, the CSP is in a position to be able to survey members easily and quickly over the summer to gather views and most other unions plan to do the same. This period of time will also enable us to ensure members are fully informed and give us valuable information not only on strength of feeling but also on support for further action. Thirdly, industrial action ballots are legally complex and financially costly – in spending members’ money, we need a good indication that this is a course of action supported by enough members for that to be justified.

If I vote to reject the pay award, am I agreeing to take strike action?

No. This consultation vote is not a strike ballot. We are consulting with members by asking two separate questions. The first will be simply whether you believe the pay award is acceptable or unacceptable. If you vote that the award is unacceptable you will then be asked whether or not you are prepared to take further action, up to and including strike action, in pursuit of a better award.

Even if you vote yes in an industrial action ballot and strike action is then called, you cannot be forced to take part in strike action.

What is industrial action?

Industrial action follows a formal ballot of members and can take a range of forms. This can be strike action, where employees go on strike for a period of time, but can also be 'action short of strike', which can include things like working only contracted hours, demonstrations, and withdrawal of non-contractual goodwill overtime.

If the CSP intended to move to an industrial action ballot, members would be provided with detailed information to assist with your decision when you voted.

Do I have a legal right to strike?

There is no legal right to strike in the UK but there is statutory protection for the organisers (trade union) if all relevant laws are met.  There is also protection for employees from unfair dismissal if they are participating in official and lawful action.

Who decides whether the CSP holds a strike ballot?

The decision to hold an industrial action/strike ballot is taken by elected CSP members. If the action is ‘local’ – one employer, for example – then the member committee responsible for that decision is the Employment Committee. If the proposed action is ‘national’ – a whole nation or more than one nation – then the elected CSP Council is the body responsible for taking that decision. The decision will be based on the results of the member consultation process and indicative vote. This includes: the numbers accepting/not accepting the award; the numbers indicating support for industrial action; and the total number of members taking part in the consultation. For example, in 2021, a very large proportion of those voting said the award was unacceptable but only a very small minority of members took part in the vote.

What are the legal requirements covering industrial action ballots?

The legal requirements for industrial action ballots are very strict and if they are not followed can be open to legal challenge, including potentially an injunction to stop the action and/or suing the trade union for damages. The following requirements are why it so important members ensure their details are accurate at all times and also that members do vote in any consultation, so we have a clear mandate from members as to how you want to proceed. Read our information on how to update your membership profile.

What can I do next?

There are two actions for all members:

I have not received an email with the consultation survey

If you have not received the email with the survey link by 12 August, please check your junk mail first. If the email is not there then it may be that we do not have an up-to-date profile for you with the NHS as your employer. Please contact enquiries for the survey and ensure your details are up to date.

I work for the non-NHS.  How does this affect me?

The Pay Review Body process and government award only applies directly to staff employed by the NHS on Agenda for Change contracts. Private employers have a right to set their own pay, terms and conditions. You would need to check your own contract to see what it says about pay. If it does clearly state it will follow Agenda for Change pay rates, including any annual awards, then it is likely your employer will pay the rise, but it is always important to check the detail of the contract.

It is important to note that the NHS remains the biggest healthcare employer and as such does influence pay in the private sector.  The  greater the pay in the NHS the more this is likely to be reflected as private organisations compete for the same pool of staff. 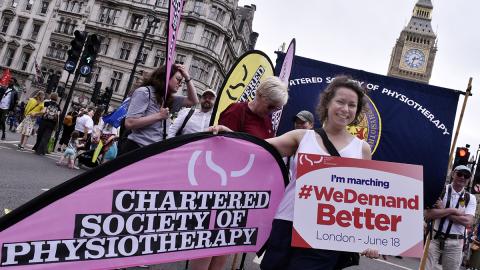 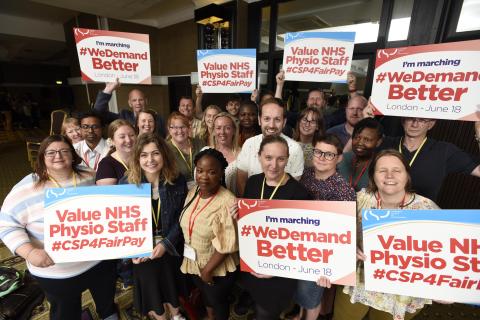 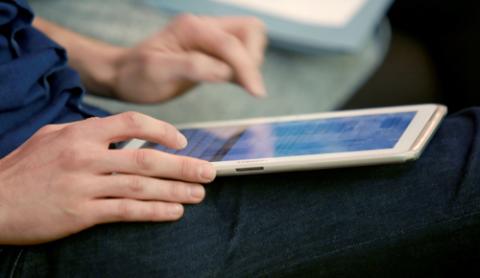