His drive to get exercise sessions up and running for patients at Aberystwyth’s Bronglais Hospital helped physiotherapy technician Chris Richard to a ‘surprise’ employee of the month award. 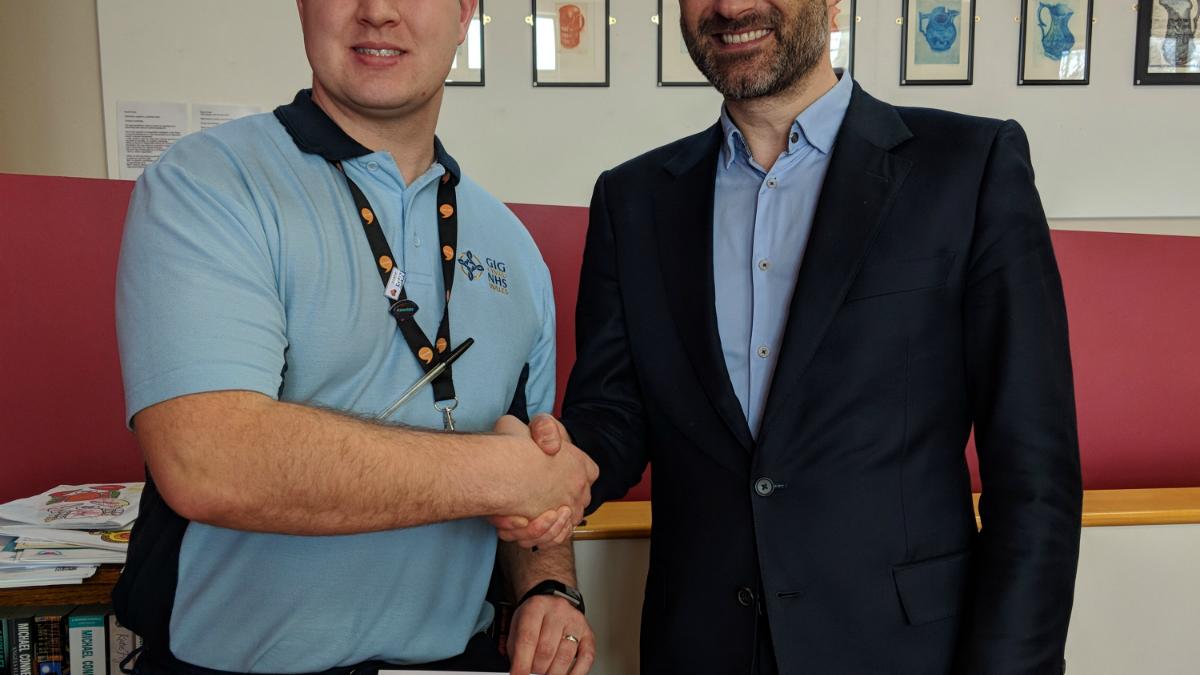 ‘I wasn’t aware that my hospital did these awards,’ Mr Richards said. ‘When I opened the letter I was very surprised, but obviously happy. I felt appreciated and recognised too.’

Mr Richards was nominated for the award by the manager and members of Bronglais’ acute and community physio team. He joined the team in 2016 after managing a local leisure centre, where he also delivered exercise classes and personal training.

Experience at the leisure centre sparked his ideas for exercise sessions on the discharge ward, where he now spends part of his working life.

‘Many of the patients on the ward had similar goals and their exercises were similar too,’ he said. ’So, I went to my lead and said that I used to be a personal trainer, was able to deliver classes and suggested doing this at the hospital.

‘I put forward a plan, which we discussed and agreed. The sessions started as a trial about a year ago and became very successful.

‘We have specific exercises, each one with a purpose. And the sessions get people socially active. They encourage each other and many people seem to enjoy working together at their physical strength and wellbeing.’

Getting this going needed the agreement of the ward sister too. But now Mr Richards has people of all ages who have been confined to hospital beds at his twice-weekly sessions.

The number of people at each class ranges from three to nine. Usually classes are followed by a lunch, continuing the socialising that the patients seem to value.

Speaking about becoming a physiotherapy technician, Mr Richards said: ‘It was a change in role, but I love it. It’s about caring for people who are very poorly, off their feet, and doing our best to get them to reach their potential.’