Prince Harry has thanked a paediatric physiotherapist who won a national award after being nominated by patients. 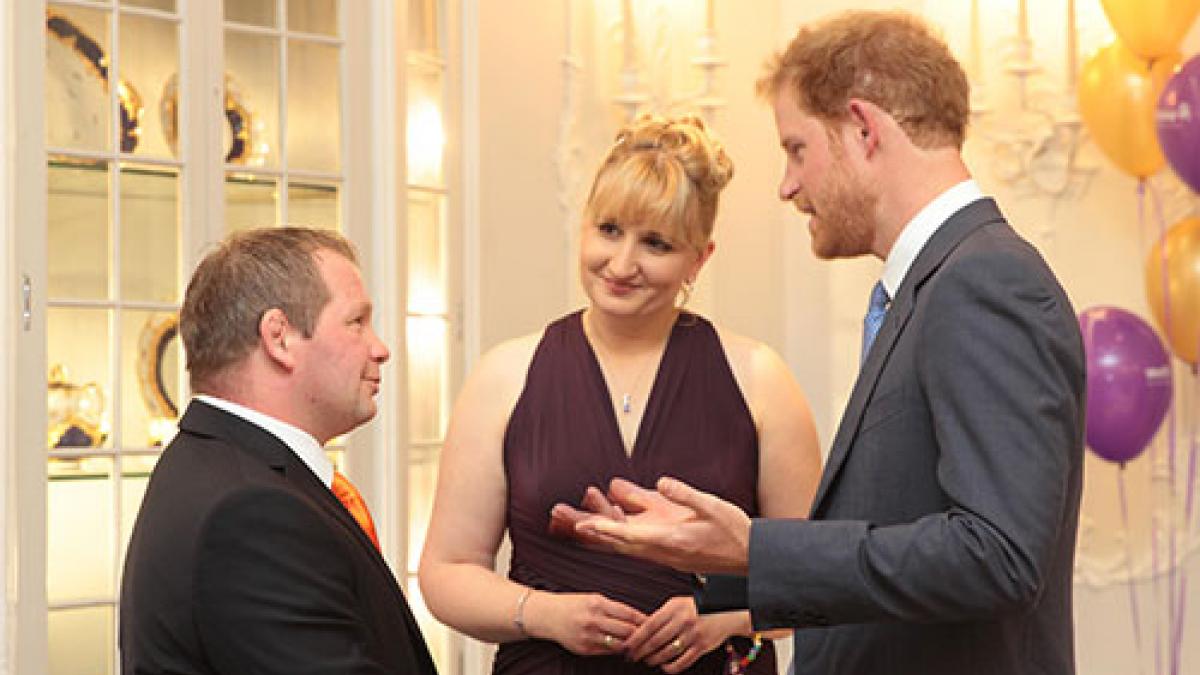 Jean-Paul Van Weert, who until recently worked at the Child Development Centre in Hillingdon, north west London, was named the Outstanding Professional at the WellChild awards. He collected his prize in a glittering ceremony at the Dorchester hotel in London’s West End.

WellChild is the national charity for seriously ill children, and each year it receives hundreds of nominations from parents keen to thank the health professionals caring for their children.

Kam, a parent of one of Mr Van Weert’s patients, said: ‘Professional, modest, kind and empathetic – Jean-Paul is a physiotherapist with a difference.

‘The children love him to bits. He doesn’t appreciate the influence he has and how much he means to all the parents and the children. We are so pleased that with this award we can let him know how special he is and how grateful we are.’

Mr Van Weert said that although he was very flattered to be nominated, he didn’t feel entirely comfortable in accepting the award.
‘I do my job and then go home at five o’clock, but the families can’t do that. I think maybe it should be the families who are getting the award,’ he said.

Mr Van Weert praised his team of physios and OTs at Hillingdon, especially their ability to innovative.

‘We have our protocols but really it is about working with the children and their families and meeting their needs,’ he said.

‘We worked in a way that meant we got to know the families very well, and some of the children I had known since they were born
.
‘WellChild is about empowering people and meeting their needs that may not be obvious at first, which is very similar to our aims.’

Mr Van Weert now works at the Eden Academy, a group of schools for children with special needs.