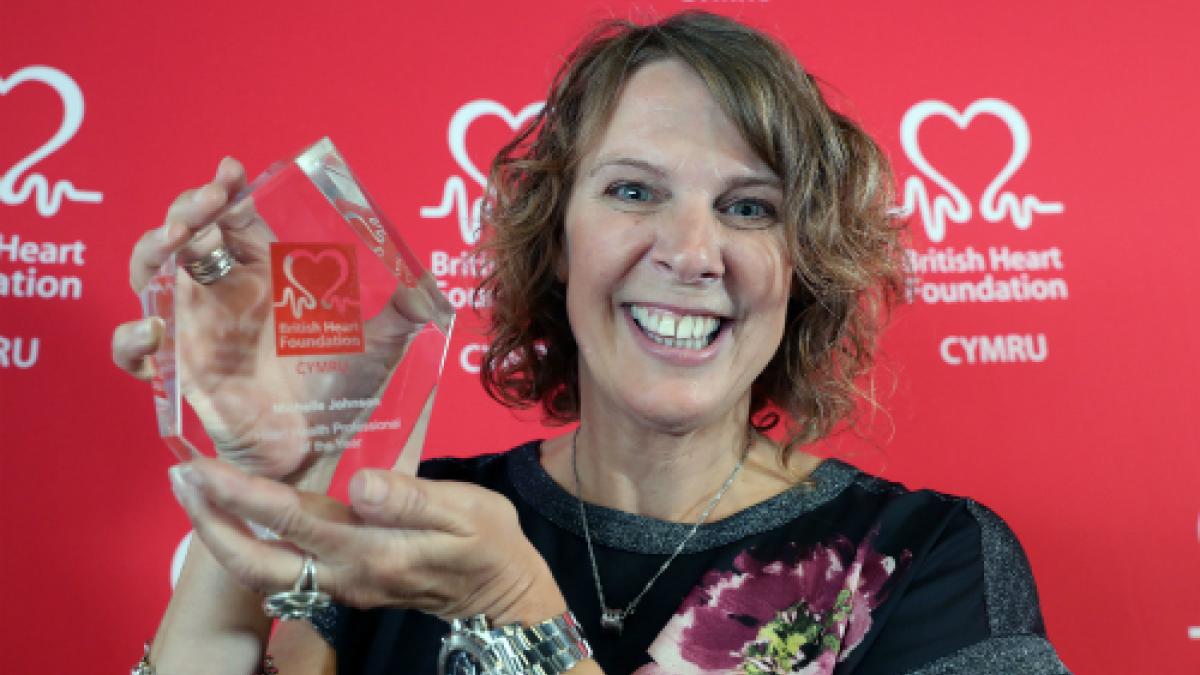 It recognises her extraordinary commitment to patients, both through her voluntary and NHS work.

Ms Johnson was voted the charity’s 2017 heart health professional. Recipients of this annual award have shown drive and commitment in improving the lives of patients with heart problems and their families.

‘I so was surprised to receive this, particularly because I was up against four cardiologists,’ Ms Johnson said about the award, which is open to British Heart Foundation-funded scientists, cardiologists, cardiac rehabilitation instructors, pharmacists, GPs and nurses.

After being involved in a horrific car accident in 2013 and receiving intensive physiotherapy from the NHS, Ms Johnson wanted to give something back to the health service.

A civil engineer by background, she funded herself through the British Association for Cardiovascular Prevention and Rehabilitation exercise instructor course and for two years volunteered to assist with exercise sessions in the cardiac rehabilitation service at University Hospital of Wales, Cardiff.

She still works three days a week as a civil engineer and runs her own classes for patients with cardiac problems in the community.

Alongside all this, she has been busy raising money to support her local community through sponsored walks and other activities. The £5,000 she has raised so far has funded lifesaving defibrillators for the local schools and sports clubs.

Angela Melvin, a University Hospital of Wales cardiac rehabilitation nurse, said: ‘Michelle has done all of this while working as an engineer and being a busy mum of three boys. I’d like to congratulate her on this award. It is very well deserved.’

Ms Johnson added: ’The rewards of volunteering and working with the local community are immense to me. I have gained new qualifications and made new friends for life.

‘And the cardiac rehab team do an awesome job and I feel honoured to be part of it.’