Jules the ‘Flying Physio’ gallops towards her 12th Grand National

The Grand National, which takes place in Liverpool on Saturday, is one of the most iconic sporting events in the world. 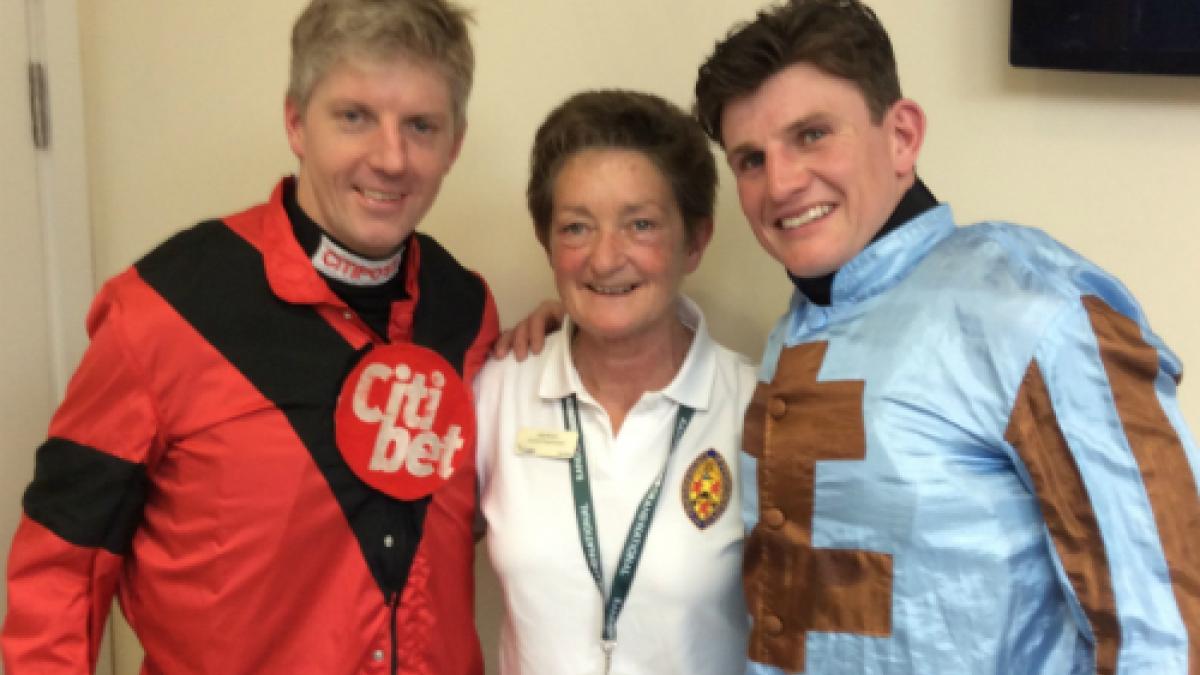 While all eyes are on the 40 jockeys and their mounts physiotherapist Julie ‘Jules’ Brown is one of the vital backroom team that ensures that all the riders at least get to the start line in one piece.

Saturday is Ms Brown’s 12th Grand National and she says being a physiotherapist for jockeys is ‘the best job in the world’.

She is a member of JIM – the Jockeys Injury Management Team - a squad of highly qualified physiotherapists managed by the Injured Jockeys Fund - who provide cover at every national hunt (ie hurdles) meeting and around half of all the flat races in a season.

‘Jockeys are the some of toughest people in sport – you have these footballers on £80,000 a week only have to chip a fingernail and they are laid up on the sofa for a week – but these guys might have multiple fractures. They are self-employed and they just want to get back in the saddle when it is safe to do so - asap,’ she told Frontline.

Always a keen equestrian she was one of the founder members of the Flying Physios, which was set up in the late 1990s when it was recognised that there was a serious need to provide physio support for jockeys.

At the Grand National Ms Brown works with Aintree Racecourse’s team of eight doctors and three nurses providing immediate care for jockeys with minor injuries and those requiring hospitalisation. She was the only physiotherapist on duty yesterday at the start of the three-day meeting but will have another physio in support for the last two days.

‘We see 14 to 16 jockeys on the first day, 18 to 20 on the second and up to 30 on Saturday. We provide treatment for acute or chronic injuries. We are looking at trying to decrease the pain for jockeys who may have fractured ribs at a previous meeting. We might be doing tissue massage to increase range of movement, or strapping shoulders, ice to reduce haematoma - it’s totally varied.’

Ms Brown clocks up between 30,000 and 40,000 miles per year travelling between racecourses across the UK. ‘After the final race on Saturday I am off to Market Rasen on Sunday, having a rest on Monday and off to Pontefract on Tuesday.’