Physiotherapy staff on the Isle of Man are gearing up to deal with the mayhem of this year’s TT races, which start on 27 May. 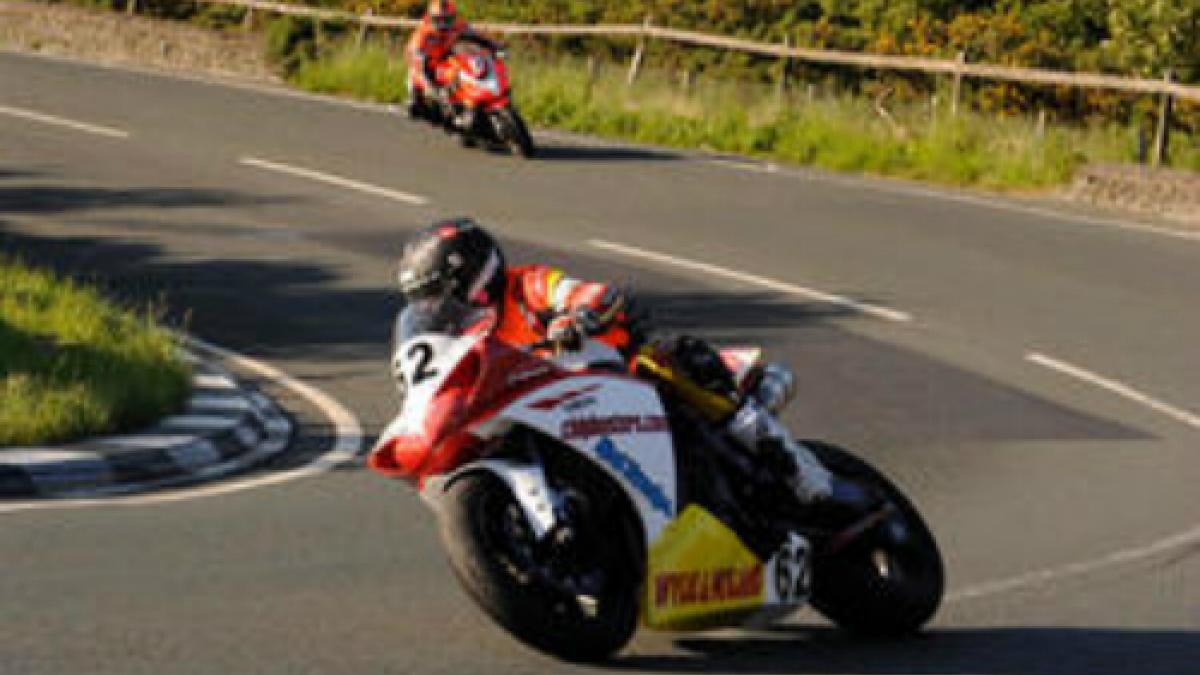 The TT races start on 27 May

Kitty Henry, acute team lead for physiotherapy at Noble’s Hospital on the Isle of Man, shows me the ‘wall of shame’ in the day room of the orthopaedic ward.

It’s covered with autographed action images of some of the motorcycle racers who have been treated there after being injured.

The Manx health service is gearing itself up for the annual TT (Tourist Trophy) races, which run from 27 May to 9 June. The races are perhaps the most famous, and certainly one of the dangerous, motorcycle events on the planet. As a result, it’s no surprise that the island’s 37 physios are well used to dealing with complex trauma.

As we drive around the 37-mile Mountain Course with the island’s physiotherapy manager Ruth Cooil, whose father is a TT track marshall, the dangers become obvious.

Riding on public roads on bikes capable of reaching 200 mph, or 322 kph, the riders must dodge manhole covers, telegraph poles, bumps, jumps and dry stone walls. Sometimes they are just a hand’s-width away from rubber-necking spectators, flocks of sheep or a drop of 300 meters.

The TT, and the later Manx Grand Prix, attract hundreds of riders and thousands of spectators. Every year there are fatalities. Four racers were killed last year, three in 2015. Added to the mix are accidents caused by tourists on motorcycles who are unused to riding on the left.

Noble’s emergency department is a designated trauma unit – part of the NHS North West Regional Network. During race weeks, Ms Henry says elective admissions are halted. ‘We become a big trauma ward,’ she says, with extra doctors and nurses being brought into A&E. ‘Many of our staff are big bike fans and can’t wait to get involved.’

Mrs Cooil says stock checks start several weeks before to ensure there are enough crutches and other aids, and leave is limited. Importantly, she says the event is a ‘fantastic learning experience’.

‘We get the opportunity to go in to theatre with our orthopaedic consultant to look at new kit that may be used. We have been known to do some dry bone surgery ourselves. The TT workload is very variable. We could be full to the rafters with a lack of beds threatening a race cancellation, to having very few bike-related admissions.’

Case meetings are held each morning to discuss admissions and plan discharges. ‘We try and get patients out as quickly and safely as possible so they can watch the races. Due to the nature of racing, rehab and mobilisation can be a challenge as there are usually several body parts involved.’

Mrs Cooil says the atmosphere and banter is ‘fantastic’ during the TT and that rudimentary German, Italian or French can help.

As we tour the course, Mrs Cooil recalls the deaths of some star riders. ‘While we think about fatalities,’ she says, ‘it’s also important to remember the psychological damage to some of the young riders who we help with physiotherapy. Their injuries may mean they can never ride motorcycles and do what they love again.’