Only two years on from graduation, 23-year-old Alice Mayo found herself catapulted onto the frontline as head physiotherapist for the victorious Namibian national rugby squad during its recent African Gold Cup win. 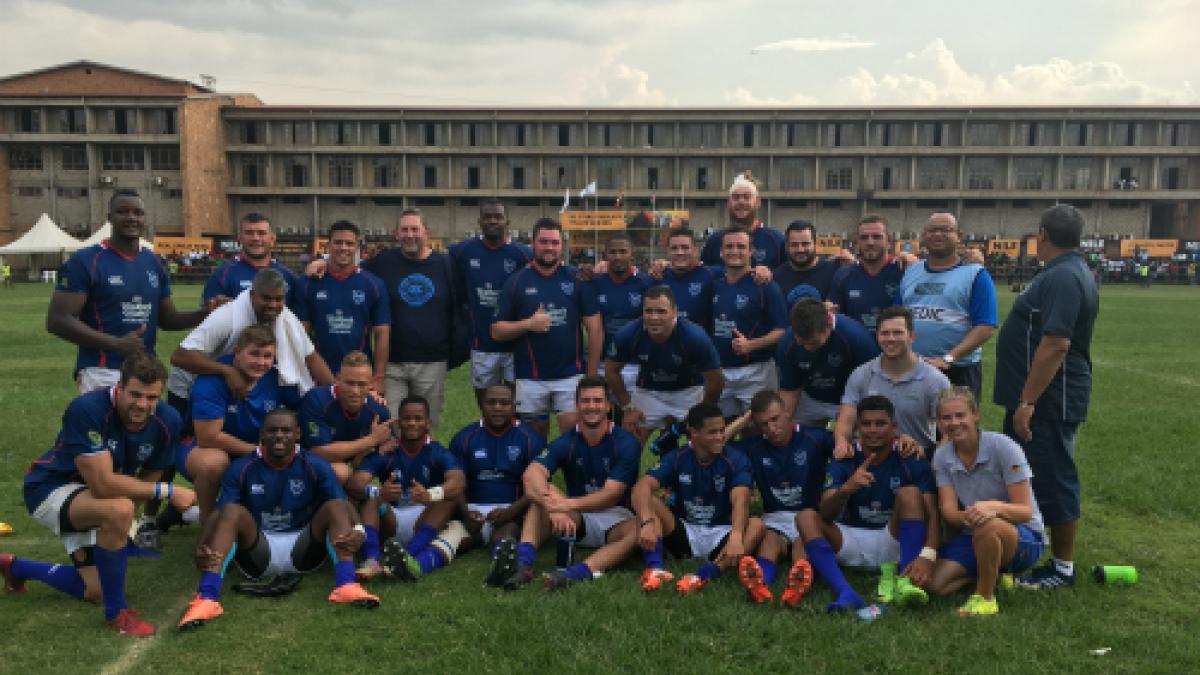 Ms Mayo divides her time between NHS work with stroke patients at the Singleton Hospital in Swansea and the Llanelli-based Scarlets rugby team.

In May the former Scarlets’ coach Phil Davies, who now manages the Namibia nation team, contacted the Scarlets to ask if they could spare a physiotherapist.

Ms Mayo said: ‘It happened so fast. I met Phil and was offered the job, and within two weeks, I had sorted out my visa and I was in Namibia. I didn’t really know what to expect when I got there. As many players are semi-professional they would train in the mornings and evenings. So while there were 5am gym sessions and evening skill training we still had time for sightseeing and safaris.’

Ms Mayo was in Namibia from May until August taking charge of physiotherapy for the Welwitschias club side based in the capital Windhoek and during the Rugby African Gold Cup, for the national squad, which meant away matches in Tunisia and Uganda.

‘There were the usual shoulder and knee injuries, a few concussions but luckily nothing too serious. One of the key issues was keeping the boys hydrated during the 30 hours to travel to Tunisia. At the match it was 40 degrees – boiling hot - and the adhesive on the strapping tape melted,’ she said.

‘In Uganda, there was no ice to treat injuries. It was a bit daunting to start with – just me, the doctor and a biokineticist to cover 50 players. But it was tremendous fun.’