Physios gear up for London marathon

A huge team of physios has been assembled to treat the thousands of runners and wheelchair users who will compete in the London Marathon on Sunday. 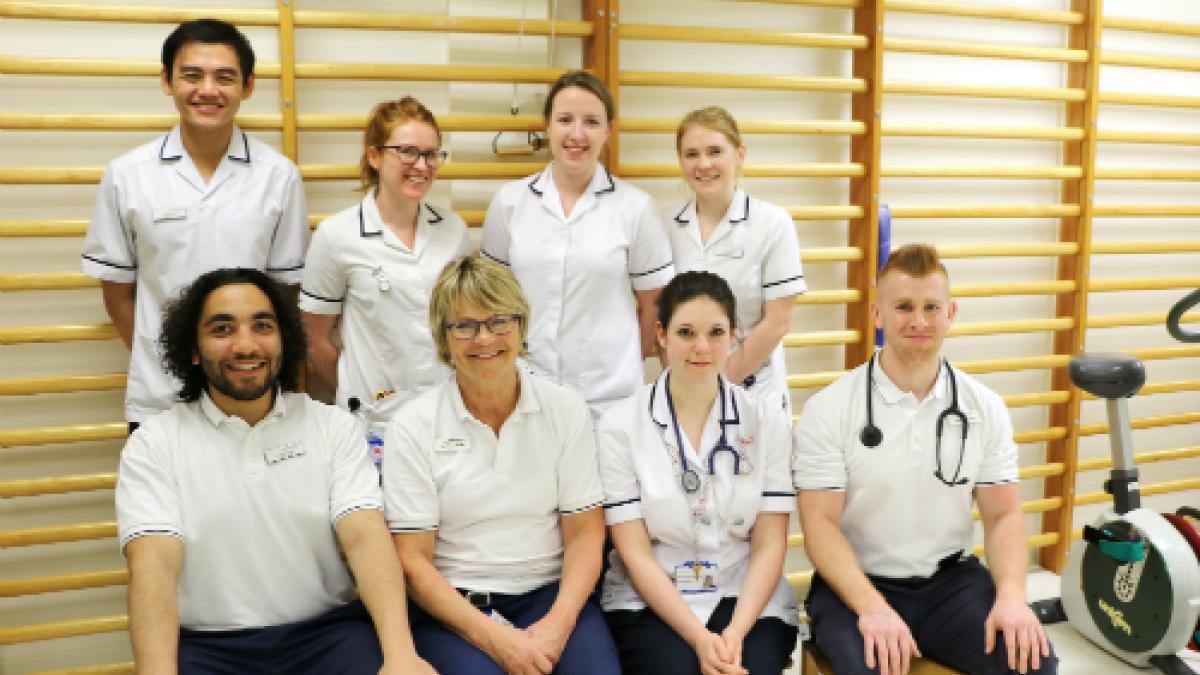 Eight of the University Hospitals Coventry and Warwickshire Trust physiotherapists who will be volunteering at Sunday’s London Marathon, including Louise Urwin (back row, second left) and Ciaia Scanlon (back row, far right)

More than 100 physios will treat competitors around the course and at the finish line, including some newly-qualified physios who will have their first taste of the London marathon buzz this year.

Ciara Scanlon is a Band 5 physio working in MSK outpatients at University Hospitals Coventry and Warwickshire (UHCW) Trust who only qualified nine months ago.

She said she was excited rather than nervous about working at her first big sporting event.

‘We’ve had four training sessions to discuss the event and look at likely issues, including talking to physios who have worked at the marathon a number of times before,’ she said.

‘It’s been really helpful to know that there will be experienced physios working with us.

‘I’ll be working at the finish line where we’ll be paired up and we probably will work together because if someone has one painful leg after running that far, they will probably have two painful legs.’

More than 50,000 runners and wheelchair users have been given numbers to take part in the race, and organisers say there could be up to 40,000 finishers, the highest number ever.

Security for this year’s marathon is predicted to be particularly tight following recent terrorist attacks across Europe, and the route’s proximity to London landmarks such as Buckingham Palace.

But Abbi Taylor, one of two people in charge of the 60 physios working on the marathon route said the organisation had run calmly and smoothly so far.

‘We had our briefing on Wednesday, with over 100 people there, and everything was on course so we are all getting excited,’ she said.

Louise Urwin, another Band 5 first-time marathoner from UHCW, said: ‘It won’t necessarily be about treating people on the day, because there is only so much you can do in these situations.

‘We will be giving the best advice we can and looking to spot anything that may need more urgent treatment.

‘I ran a marathon once, so I know how it feels and it’s exciting to think how many people we may be able to help.’

Rory Brown, who is in charge of the 77 physios, a record number, who will be working at the finishing line, said the weather forecast for a mild day was good news for the race medical teams.

‘Extreme weather either way can result in medical-related problems, but also things like cramping and dehydration,’ he said.

Mr Brown knows the effects of warm weather on athletes having completed the so-called ‘toughest foot race on earth’ earlier this month, when he ran for the first time the multi-day 156-mile Marathon des Sables across the Sahara desert.

‘It was tough and very hot, so I’m glad it will be much cooler on Sunday,’ he said.