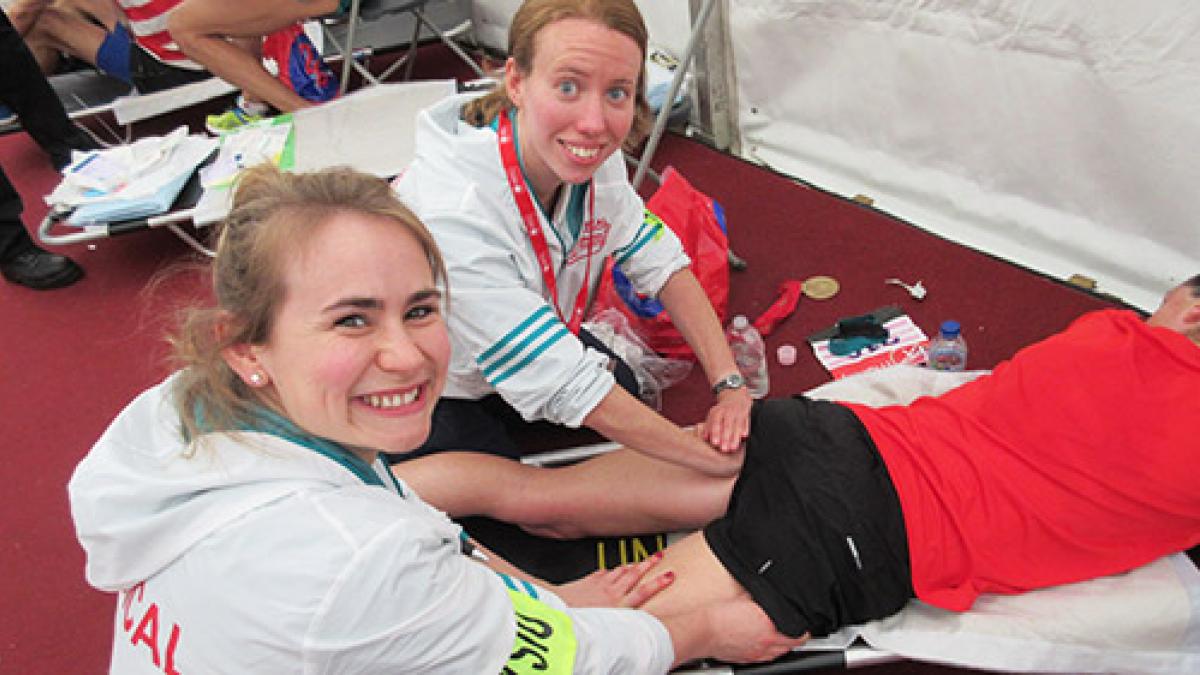 Many more were treated by an army of volunteer physios and students along the 26-mile London Marathon course on 24 April.

The day started on a sad note as tributes were made to Susie Jones, chief Marathon finish physio for the past nine years, who died on 23 March.

Sue Crewe-Smith, from University Hospitals Coventry and Warwickshire NHS Trust, said: ‘Susie was such a dynamic force in raising the physio profile at the Marathon.’

She read a number of statements from volunteers. One said: ‘We feel so privileged to have worked alongside you.’

Another said: ‘Thank you Susie for your constant glowing smile, always so encouraging to others. Truly inspiring, a legend.

A third: ‘Thank you for enabling us to help so many runners overcome their troubles and achieve their Marathon ambition.’ 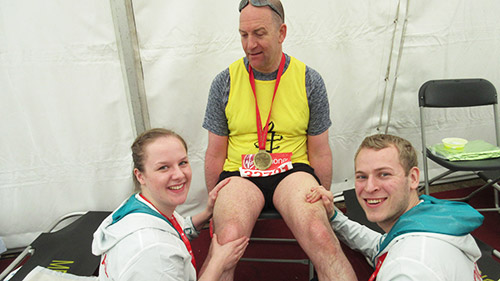 Ms Jones’ successor, Rory Brown, said in a message to volunteers at the finishing tape: ‘There were lots of happy people at the finish, praise for the support people received, and successes in the race. You continue to provide a great service to the thousands of runners who participate, and are constantly helping to improve the race day medical environment and care.’

In addition to the 70 volunteers around the finish line there was a further 60 on the route at each mile, led by Debrah Silva and Abbey Pinnick. Students from the University of East London and other campuses took notes and helped out. 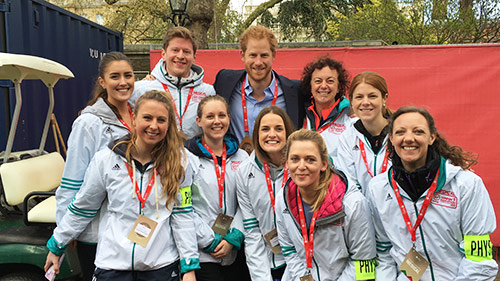 Among many elite athletes and celebrities who observed physios triaging alongside St John’s Ambulance medics was Prince Harry. He asked to speak to a team at the finish line.

Team leader Liz Nicholls told Frontline: ‘Prince Harry was incredibly enthusiastic about physiotherapy as a profession. He asked “Do you get paid for this?” we replied we were all volunteers and he said “That’s amazing you’re doing this for free, giving up your time”.’

Three-legged running is no joke 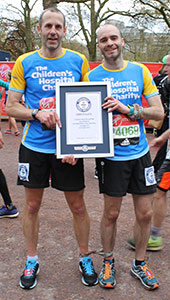 Damian Thacker and Luke Symonds broke the Guinness World Record when they completed the marathon in three hours seven seconds – by running three-legged.

‘It was bloody hard, and we couldn’t have done it without the support of the crowd spurring us on,’ he said.

Mr Symonds said:’ I thought Damian was joking when he first suggested running a three-legged marathon, but I should have known better.’

Harvey the Heart beats his own world record 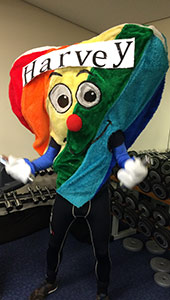 Mr Gilroy regained his place in the Guinness World Records for the fastest male mascot by running – for the third year in succession – as Harvey the Heart. And he raised a £110,000 for the hospice too.

Did he need any physiotherapy during the event? ‘No, just some help for a couple of blisters,’ said Mr Gilroy, who was back in his clinic bright and early at 7.30am the day after the race.

And he’s now preparing for his next race dressed at Harvey, a half marathon in Glasgow in October.