Even the toughest person had a lump in their throat at a CSP event in Northern Ireland's Stormont building on 18 October. 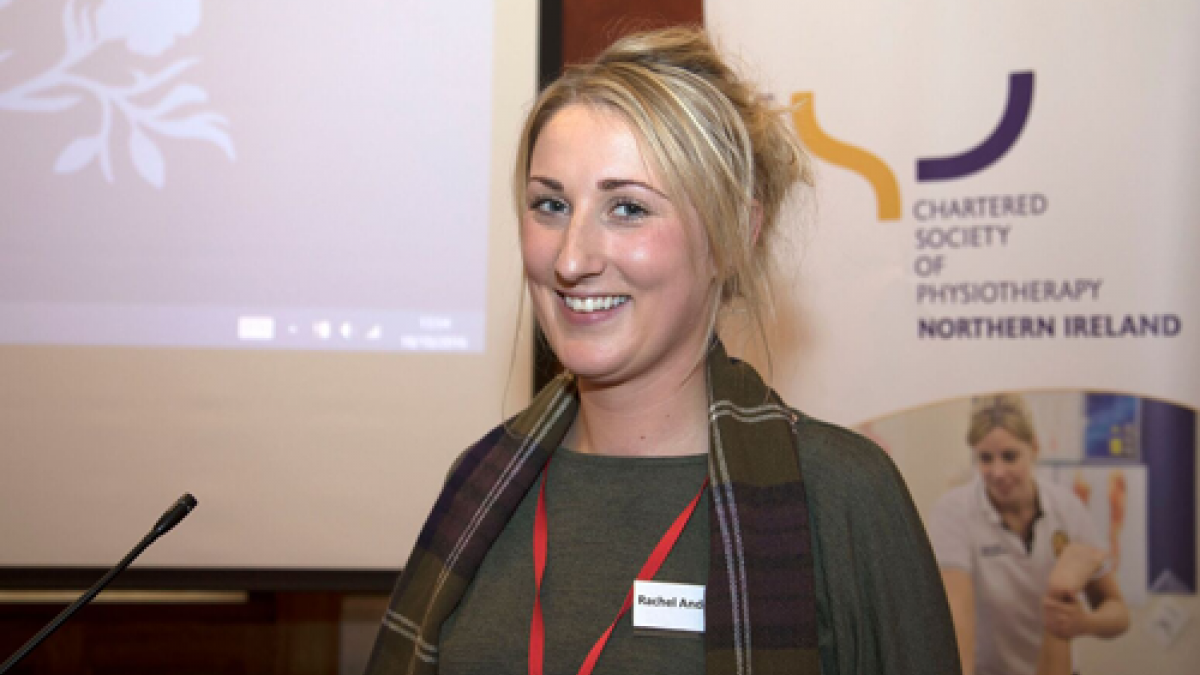 Politicians from the assembly joined members from the Northern Ireland branch of LaMPS, the group for leaders and managers of physiotherapy, to hear the powerful stories of people whose lives had been turned round by physiotherapy.

Paula Bradley, a member of the assembly's health committee opened the event, which was held to raise awareness of the role of the profession – and the value of self-referral – with decision makers.

The first patient, Rachel Anderson, a paediatric nurse, was in tears as she looked at a video diary of her 20-month rehab and recovery following a car accident. She was 24 when the crash happened. 'I just wanted my life back,' she said, explaining her determination to keep fighting.

Her long list of injuries led to a massive amount of surgery then physio led by Louis O'Connor, clinical lead in a specialist rehab unit at Belfast's Royal Victoria Hospital.

'My goal was to get married, walk up the aisle and get back to work,' said Mrs Anderson. 'At times I thought “I can't do it”, but I had a team of professionals behind me who kept telling me that I could.'

She married her fiancé six weeks ago and started back at work in her old job the day after the event.

Three other patients told their stories. Phillip Irvine had a positive experience of using self-referral to access vital physiotherapy help for a long term injury. 'It gives you the opportunity to take control,' he said.

Another, Nicola Corrigan, had a stroke in 2014, aged 39. 'I couldn't stand at first, but I've been able to go home, live with my kids and I'm starting to go back to work in a call centre.’

And Fred Rodgers spoke of the problems he’d had with faecal incontinence after surgery for bowel cancer. A colostomy bag didn't work for him – a hernia developed at the stoma site - so he had the operation reversed.

He's only going once a day now, thanks to these interventions and taking medication to slow down his gut.

'Talk about a change,' he said. 'Why didn't my surgeon refer me to a physio in the first place?'

Mr Rodgers had felt so bleak about his situation that he hadn't wanted to go on. 'I don't think I'd have been here had it not been for Alison, my physio.'

Ms Bradley was clearly moved by the diverse patient stories she had heard, saying: ‘Sometimes we just think of physios as MSK, but we’ve heard the stories today and it’s so much more than that, which we need to remember. It’s something we need to remind other health professionals of as well.’

And in her closing remarks CSP chair Catherine Pope said: 'It makes me really proud to represent physiotherapists when I hear stories like this.’