A physio from Yorkshire is facing one of her toughest challenges, to keep a 75-year-old on the road while he runs 75 marathons in 75 consecutive days. 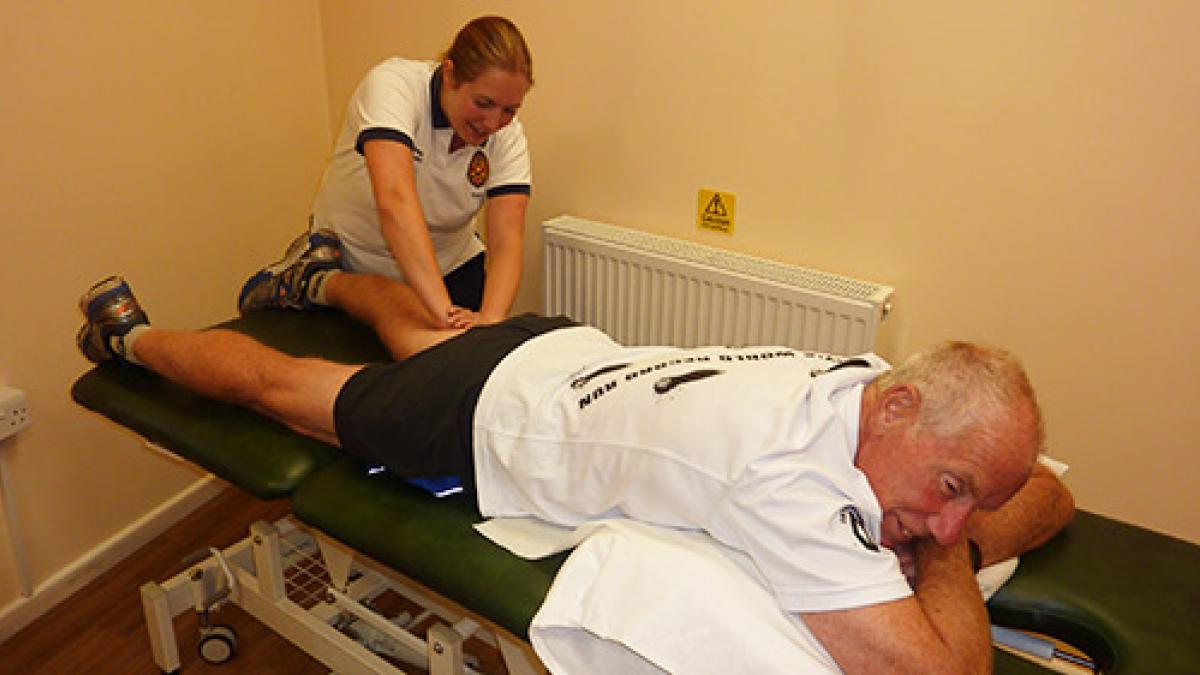 Kay Atkin will be treating Ray Matthews, 75, from Rotherham as he tries to complete what is thought to be a world record for marathon-running for someone of his age.

Mr Matthews, a regular runner of ultra-marathons, has been a patient of Ms Atkin, who works in private practice, for a couple of years.

‘Then one day he announced he was going to take on these 75 marathons, partly as a birthday present to himself, and partly to raise money to improve outdoor play facilities at a local school for disabled children,’ said Ms Atkin.

As preparation for his extraordinary effort she focused on building up loading, and cut down on his recovery times, as well as treating Mr Matthews’ hamstring tendinopathy issues, which she said was likely to present the biggest management challenge.

‘We talk every day and meet two or three times a week for hands on work,’ she said.

‘We’ve also trialled a few quick fixes, like taping methods, so Ray knows we have something in the toolbox to keep him going if needed.’

Most of the time Mr Matthews will be running alone, but at weekends he is trying to incorporate organised running events into his marathons.

‘The problems could come at weekends when Ray has more supporters out to cheer him on, so he may be tempted to run faster,’ said Ms Atkin.

Mr Matthews has been lent a portable Bodyflow system, an electrotherapy device which is widely used in elite sport to aid recovery, which he can use daily. In addition his GP commissioned blood tests and x-rays to ensure has was fit to begin his challenge.

Having run 13 marathons so far, Mr Matthews said he was still in great shape, largely thanks to his physio.

‘The good thing is I go away from seeing Kay knowing that I will get up in the morning and be able to carry on running, and I’m quite confident that that wouldn’t happen without her because of the intensity of what I am doing,’ he said.

‘The other great thing is having the confidence that if something does go wrong, then Kay will know what to do about it.’

Mr Matthews completed his first marathon on July 2, and he hopes to finish in mid-September.

To make a donation to the Newman School in Rotherham