A physiotherapist researching dance injury screening for his PhD has travelled to Brazil to attend a workshop on strengthening UK-Brazilian links in dance medicine. 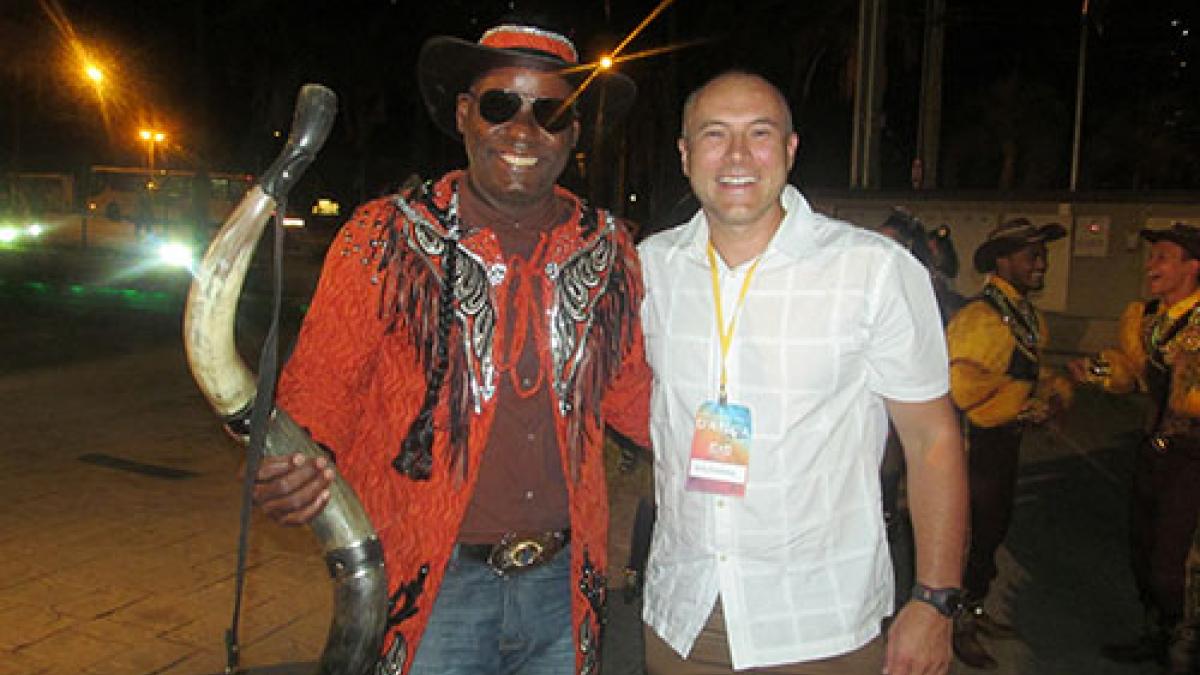 Ross Armstrong (right) with a dancer from Goiania dance outfit Chapeu do Vovo, who gave a demonstration at the conference

Ross Armstrong, who is studying for his PhD at the University of Wolverhampton, was part of the British delegation to the workshop on the ‘potentials and challenges of research in dance medicine and science’. It was held in Goiania, Brazil, in August.

Dance has been ranked as the second most popular cultural activity in Brazil, but organisers of the conference said that dance medicine was underdeveloped in the country.

Physios and other clinicians from Holland, the US and other countries also attended the five-day seminar, which looked at how innovative collaborations could take the science of dance medicine forward.

Mr Armstrong, who speaks Portuguese, is a lecturer in sports therapy at Edge Hill University in Lancashire. He said there was huge scope for physiotherapy within dance medicine to develop in the UK as well as in Brazil.

‘There are physios working in dance in the UK, but not in the same way that there are in sport, for instance,’ he said.

‘Professional ballet companies will have physios, for instance, but there’s not much physiotherapy in dance schools, so it is a potential growth area.’

While in Brazil Mr Armstrong also worked as a volunteer physio at both the Olympic and Paralympic Games.