350 CSP members to get the 2022 Commonwealth Games moving

Physiotherapists will play a significant part in the successful delivery of the Commonwealth Games with medical service volunteers treating both athletes and spectators.

Physiotherapists are represented throughout the organisation of the medical services of the 2022 Games in Birmingham from 28 July – 8 August.

The VMMs are responsible for ensuring everything medical runs smoothly, including making sure the right volunteers are on shift, sharing information with them and working closely with the ambulance service. Venue cluster managers look after a number of venues and line manage the VMMs.

The University of Winchester physiotherapy lecturer volunteered as a physio at the London 2012 Olympic Games, Glasgow 2014 Commonwealth Games and the 2017 World Athletics Championships.

‘This role is different as I won’t be doing hands on-physio as I have in my previous volunteer roles. I am really enjoying the VMM role as I am learning much more about what happens behind the scenes when delivering a major games. I've previously worked on the women's international tennis tour which gave me some insights into running sporting events but, as this is a multi sports event, this is on a much bigger scale.'

The medical teams include physiotherapists, doctors, nurses, paramedics and sports massage therapists and is responsible for providing treatment and cover for the field of play.  'At most venues the VMMs cover the athlete and spectator medical teams but as the NEC is quite big we have a team of VMMs and I will be overseeing the athlete medical teams.'

The physio volunteers are crucial members of the medical teams, providing physiotherapy services to 4,500 athletes.

Working at the competition venues and three athletes’ villages - Birmingham and Warwick universities and a hotel at the National Exhibition Centre – nearly 300 were selected for their appropriate skills and qualifications. But their other duties will also include maintaining clinical records and following medical policies and procedures.

Volunteer James Armstrong is a physiotherapist at University Hospitals Plymouth NHS Trust and also works privately for his own practice focused on sports physiotherapy. 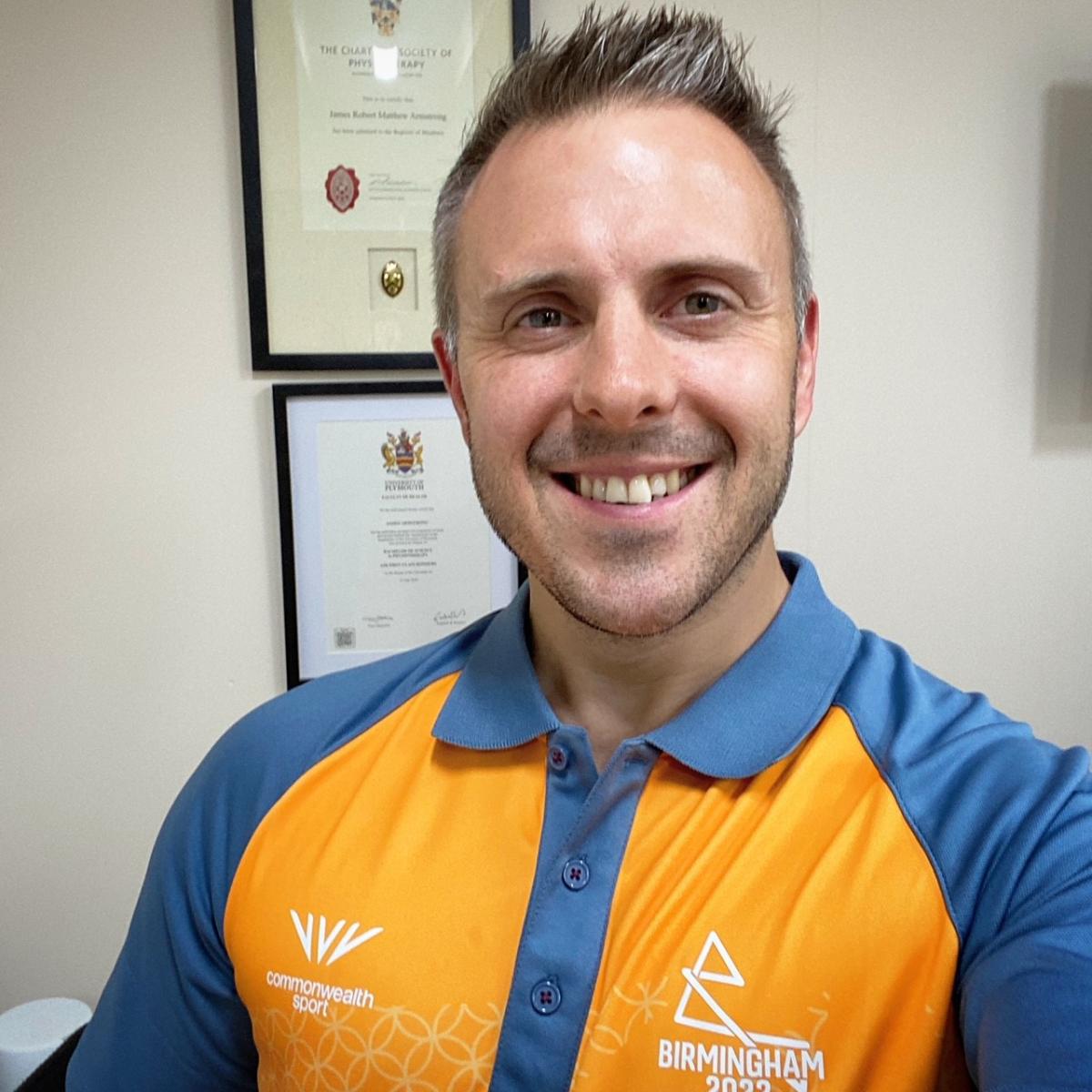 ‘I’ll be working as a physiotherapist at the Commonwealth Games covering three venues and a range of sports including rugby 7’s, athletics, judo and wrestling.

‘I’m really excited to be part of such a special event and support what will be a very experienced and knowledgeable medical team.

‘I’ll be hoping to not just do the best I can for the athletes but also to learn as much as I can from the experience and from the health professionals I’ll be working alongside.

‘Most of all I’m looking to enjoy my time and have fun doing what I love! As always I’m proud to be representing our profession, this time at one of the highest levels of sporting competition.’

‘This is in response to requests from other physios and new grads who want to get involved in similar events in the future.’

As the chartered physios focus on the sport, students have a key role at the opening and closing ceremonies.

Both events are made up of professional dancers, who are both dancing and teaching the 1,500 local volunteer performers, circus performers, parkour artists, stunt BMX riders, puppeteers and musicians.

University of Birmingham physiotherapy students started attending rehearsals for the ceremonies in May. Rehearsals have been running six days a week, and there have been students at every rehearsal.

A first in clinical placement in performing arts medicine

‘It’s a massively exciting project, with a global reach.’

The estimated the worldwide TV viewing figures for the opening ceremony will be 1.5 billion, she said.

And 16 University of Birmingham physio students helped provide the best experience for para-athletes who don’t have access to their own physios, coaches or sports scientists.

They provided support to 50 para-athletes from 15 nations competing in athletics, table tennis and powerlifting, including world record holders.

As part of the legacy projects for the Commonwealth Games, the university is looking to connect with physiotherapists who work with para-athletes. Please contact Katie Cronin

How the CSP is supporting LGBTQIA+ athletes at the Commonwealth Games