As part of its initiatives to support this year’s Older People’s Day, the CSP has launched a Get up and go video aimed at helping identify people who are most at risk of falling. 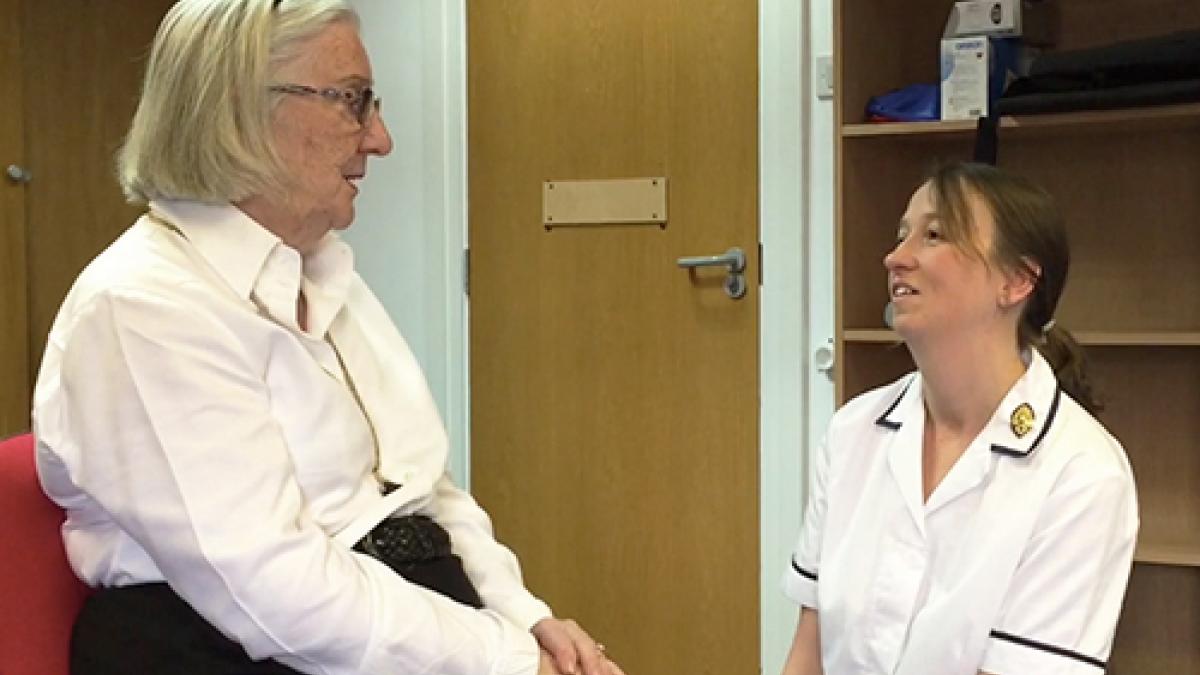 Audrey Richardson and chartered physiotherapist Louise McGregor (right) demonstrates the Timed Up And Go test. Watch the video using the link below

The video shows the timed up and go test – a way of recording how long it takes someone to get up from sitting and walk a set distance. This is one way of assessing how likely a person is to fall.

The video complements Get up and go - a guide to staying steady, produced by Saga in association with the CSP and Public Health England.

The guide offers tips for older people and their families, friends and carers on preventing falls. It is part of the society’s initiatives to show to the public how important exercise and physiotherapy is for their wellbeing.

Meanwhile, the results of a Saga Populus survey of more than 9,000 people aged 50 and over reveals that people frequently under-estimate their risk of falling as they age.

Only seven per cent of respondents in their 50s thought they would fall in the next year. Yet within that same cohort of 50-59 year olds who took part, nearly 13 per cent had fallen in the previous 12 months.

‘We need to get past the idea that falls are an inevitable part of ageing and that nothing can be done to reduce the risk,’ said the CSP’s chair of council, Sue Rees.

She added that many falls could be prevented if people remain active as they get older and by providing access to preventive physiotherapy for anyone deemed at risk.

More than 400 physiotherapists are running events across the UK as part of Older People's Day.

Physiotherapists will also be tweeting during the day using the #physioworks and #olderpeoplesday hashtags.

Get up and go - a guide to staying steady