Physios in South Wales were on their feet for Older people’s day to support a Nordic pole walking event in Cardiff. 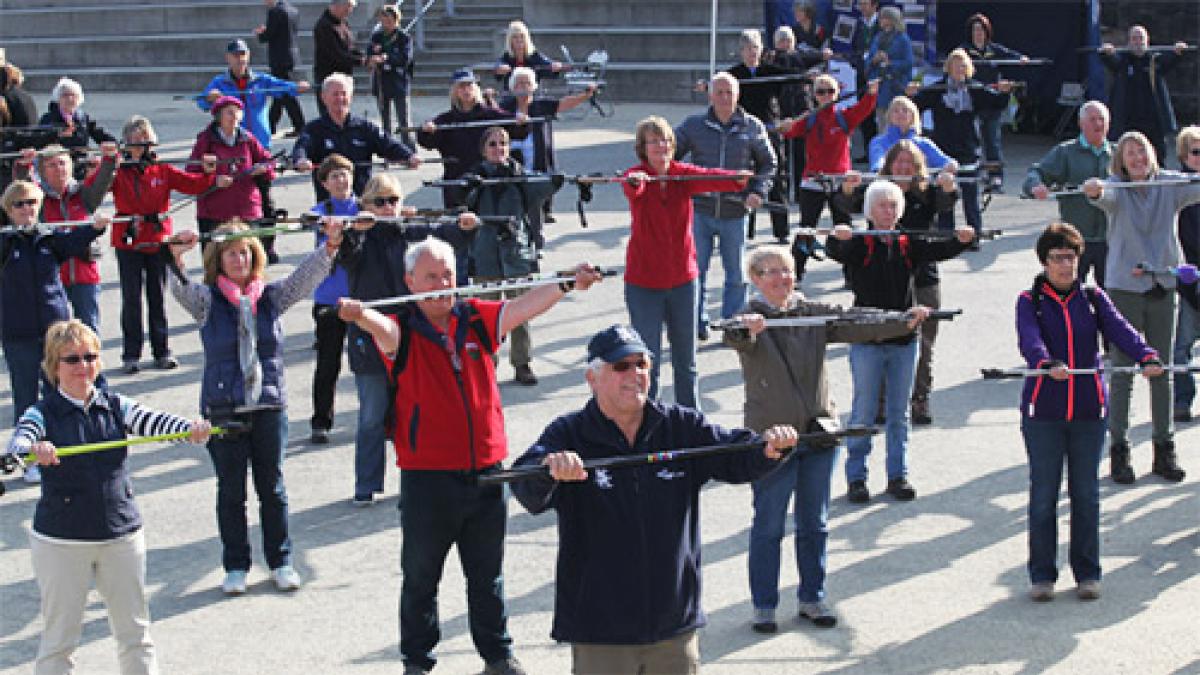 More than 50 people were in Cardiff for the Nordic pole walk on CSP Older people's day. Photo: Terry Woodsford

The CSP members joined more than 50 older walkers on 1 October for some exercise around Cardiff Bay. The event was organised by Age Cymru, the national charity for older people in Wales.

‘We had a fantastic day and met some really wonderful older people,’ said Philippa Ford, the CSP’s public affairs and policy manager for Wales.

‘It was great to support them on the Nordic pole walk and an opportunity to tell them about the health benefits of walking – not least in preventing falls – and to signpost them to the CSP’s resources in the nearby Wales Millennium Centre.’ 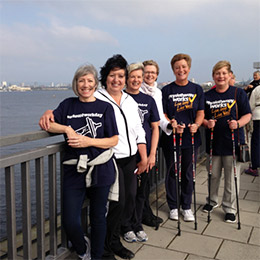 ‘It’s a great way to stay active. That’s why the CSP is so pleased to be supporting Age Cymru in this event.’

Ms Richardson was representing the CSP in Wales on the day, along with Ms Ford, the society’s chair of council Sue Rees, plus physio Jo Sweeney and her team.

Welsh health and social services minister Mark Drakeford was in Cardiff Bay for the start of the walk, which was aimed specifically at people aged over 50.