See what reps have been doing for CSP members, reflect on what your rep has done for you and nominate your rep for a CSP rep of the year award. 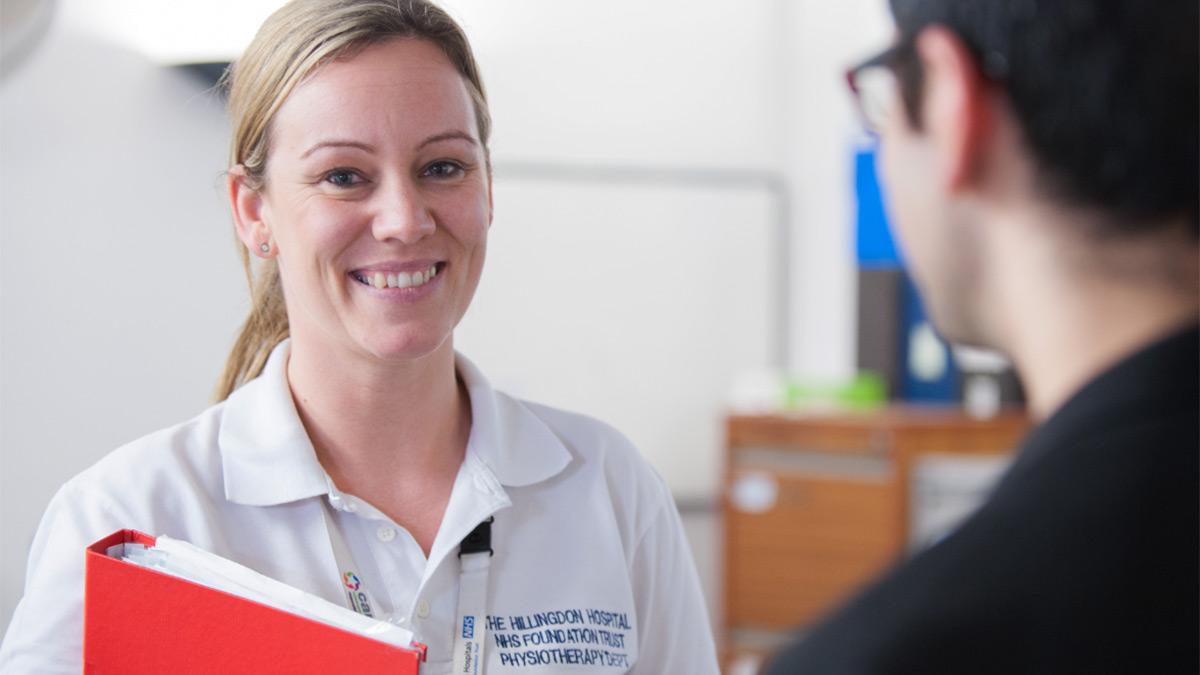 Your CSP steward and safety rep are there to support you on individual workplace problems and to help coordinate collective responses to problems affecting groups of members.

Thomas and Jo protected physio jobs at an employer in Warrington. A change to a service would have meant the loss of three band 8 physio positions and four staff would have had to re-interview for the same post.

The stewards highlighted the issue, supported and met with staff, attend meetings with senior management and staff side and were ‘persistent’. Working with other local union colleagues was important too.

A member facing potential dismissal because of a social media posting had the disciplinary action reduced to a first written warning with the support of steward Amy. The member, who worked for an employer in Kent, was supported from the start of the investigation to the formal hearing. Amy gave the member ‘a lot of emotional as well as practical support’, helped with editing the formal response, held a 1:1 meeting prior to hearing and kept the member informed about the process. The member could potentially have been dismissed as their action had triggered a categorisation under the disciplinary procedure of gross misconduct.

Says Amy: ‘I learned just how quickly things can escalate from a minimal action which members may not consider to be problematic. The member found it very useful to have someone with them to support them throughout and provide company and guidance through a painful process.'

Steward Joanne helped ensure a review of the job descriptions of therapy assistants maintained existing bandings. When the review was announced at an employer in Barnsley, there were ‘worries around downbanding’ but Joanne ‘played a big role in rewriting them to ensure this did not happen. I ensured the job description reflected all duties'. She says: ‘Staff were pleased that the posts remained at band 3. I learned that having an active part in writing job descriptions as a rep ensures the outcome is fair.’

Plans to double car parking fees at an employer in King's Lynn were rebuffed after steward Vicky organised a campaign in response. About 50 CSP members at the East of England trust were affected by the proposals and Vicky galvanised them into action. “Together other local union colleagues I campaigned, organised a vote, protested and spoke on the local news. We got members to write personal stories to tell to the trust board. We fought hard with management at our local negotiating committee. The upshot was that fees were increase only slightly, and differentiated based on pay banding. A new scratch card system was introduced for part time staff and the trust opened new car parks so there were more car parking spaces.’ What did Vicky learn? ‘That when all the unions work together we can make big changes.’

Kavitha, steward at an employer in Bolton supported a member suffering from long term ill health. She explains: ‘The Band 6 physio was taken to final stages of attendance management policy. Members of staff were anxious and worried about the outcome.’ Kavitha studied the case file and employer’s policy, met with the member and maintained regular contact with them through emails.

She concluded that the procedure was not followed properly by the employer. Kavitha adds: ‘The member was removed from final stages of attendance management policy and onto a 12 months monitoring period. Regular supervision sessions were agreed, as were unpaid leave where the member needed to have time off to manage their health. A stress risk assessment was completed and training needs suggested for managers managing the member’s sickness absence.’

Andrea, steward at an employer in Liverpool, stepped in to assist a member who was suffering from age discrimination at the hands of managers, who initially denied the member training and role development on the grounds that they were nearing potential retirement. The steward discussed the matter with the member (a healthcare assistant) who initially wanted to pursue a formal grievance, and gained agreement to approach the manager to inform her that her actions had caused upset. Andrea then mediated a meeting between them.

The outcome was that the ‘Manager appreciated her actions had caused distress and were wrong (lawfully). The manager increased her awareness of her own words and actions and encouraged the HCA to develop her role going forwards,’ says Andrea. In this case, by ‘listening to concerns and offering advice’ an informal resolution was reached that was ‘satisfactory for all parties.’

The challenge for steward Jacqui was to help deliver compliance amongst all staff groups at a Liverpool-based employer with the values and behaviours associated with dignity at work. Jacqui worked with other union reps at the north west NHS trust, met with HR, raised the issue at a variety of forums, presenting examples of behaviours and values.

The upshot was improved awareness throughout the trust. The steward says she ‘raised the profile of the CSP in the trust’, while for her part, gained experience in collaborative working with other members of the local ‘staff side’ unions, deployed new skills, added to her knowledge.

A member secured flexible working after it was originally rejected thanks to support from CSP steward Liz. A trust in Cumbria rejected a CSP member’s flexible working request made after she returned to work after maternity leave. The band 7 physio was seeking to change her working hours to 3 days a week. Liz assisted the member in appealing the decision, by, for example, drafting the letter to appeal the decision and joined the member at the appeal hearing. The member was granted her request albeit temporarily, until October 2019. Liz learned that it is ‘always worth appealing a decision.’

I learned the importance of reporting things and also the support that you can secure from the health and safety site lead.

Unacceptably low temperatures that were negatively affecting 20 odd CSP members and potentially putting patients at risk were increased following the intervention of the CSP at an employer in the Oldham area. When physiotherapy staff arrived for work the temperature was approximately 12 degrees centigrade. Not only was it too low for CSP members but staff were concerned about the impact of some high-risk patients in the outpatient department. CSP safety rep Kelly filed an incident report and highlighted it to the health and safety site lead as well the health and safety committee.

She also carried out regular temperature checks. ‘I got a response from the health and safety site lead within 20 minutes of my email. The issue was then escalated to estates as urgent and there was immediate action on the radiators,’ says Kelly. ‘In tackling this matter, I learned the importance of reporting things and also the support that you can secure from the health and safety site lead. It was a long term problem but now it has been resolved members are happy. They can see issues for action [raised on their behalf] being completed.’

Lockers have been fixedin the stafflocker room at an employer in Cheshire, allowing some 25 CSP members to securely store their belongings, thanks to the CSP safety rep. Rebecca raised the matter with management following an inspection. ‘I learned ways to liaise with management to get them on board,’ says Rebecca.

A new portacabin will be installed at an employer in Liverpool after the CSP safety rep highlighted the poor working conditions 10 members were suffering. Says Paula: ‘The existing portacabin has no running hot water, pipes froze in winter and it was hot in summer. It was overcrowded. And the toilets were broken.’ Paula carried out two inspections, met with members and also held meetings her manager, the estates managers and a manager from the porta cabin company. What did she learn? ‘Communication is vital. And to meet members on a regular basis.’

Are you a CSP workplace rep?  Tell us about your workplace wins here