The CSP will recommend members in England and Wales reject NHS pay award in an online consultation that will be launched next month. 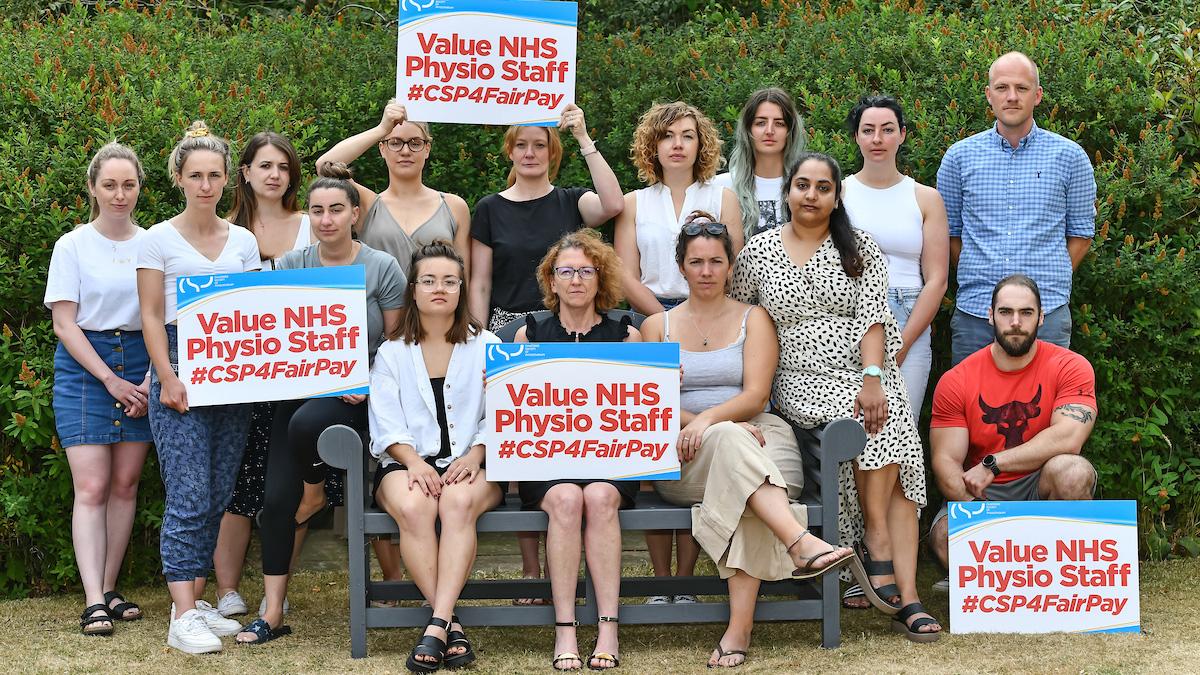 The CSP will recommend members in England and Wales reject NHS pay award in an online consultation that will be launched next month.

The decision was reached following a meeting of the CSP member pay sub-group to discuss the NHS pay award announcement in England and Wales on Tuesday 19 July.

The UK government announced that NHS staff in England would receive a flat rate increase of £1400 plus a slightly higher amount for those at pay band 7 and the top of band 6. This was mirrored by an announcement from the Welsh government this week.

Members of the sub-group, who met on 27 July, reflected on how angry, let down and demoralised members were feeling in the wake of the announcement. Following discussion, they unanimously decided to recommend that members reject the award, on the basis that it represents a real-terms pay cut for every NHS worker at a time of high and rising inflation.

The CSP will now move to consult on that basis and members can expect to receive their vote during the week of the 8 August.

CSP members employed by the NHS in England and Wales will receive an email on Monday 8 August asking them to vote online to reject or accept the government’s pay offer.

The CSP is recommending that members reject it.

In the event you reject, the consultation will also ask you to indicate what action you are prepared to take to convince the government to improve the offer, up to and including strike action.

'Whatever their pay, this award will not come close to meeting the cost of living increase for CSP members.  It is vital that all members respond when they receive their consultation vote. '

"We will now move to consult members. Wherever members are on the Agenda for Change pay scales, this award will not meet cost of living rises. £1400 will not cover the projected hike in household bills this year, let alone other increasing costs.

'It is a pay cut in real terms at a time when members need their pay to keep pace with the cost of living more than ever before. The government has previously failed to respond to our calls to restore NHS pay to pre-austerity levels, making the cost of living crisis even more acutely felt.

Commenting on the House of Commons Health and Social Care Committee report on workforce, published on Tuesday 25 July, Ms Sullivan added: ‘This report confirmed that the NHS faces the worst workforce crisis in its history and fair pay is central to addressing it.’

‘NHS staff are highly motivated by vocation, but ministers must understand that our members have to pay their bills, support their families, contribute to local communities and have quality of life.

‘This award will not stem the exodus of exhausted staff from the NHS or attract the larger number of new recruits needed,' she added.

‘The fact that the award is not fully funded is an additional kick in the teeth for health workers – the last thing they want is money taken away from already under resourced patient services.'

Following UK government's announcement of the pay offer last week, the CSP and other health trade unions in Wales met with the minister for health and social care and her officials on three separate occasions with the aim of securing an enhancement on the pay award in Wales.

Adam Morgan, senior negotiating officer for Wales, represented the CSP at those meetings. He said: ‘Unfortunately, these meetings proved unsuccessful. The minister stated that the extremely difficult budget in Wales at this present time meant that there was no further funding available to enhance the pay award that the PRB has recommended. Despite health trade unions best efforts, we were unable to secure any further enhancement.’

Last week an opinion poll showed unprecedented levels of public support for above inflation pay rises for NHS staff and for industrial action being justified in achieving it.

The CSP met on Friday other health unions to ensure continuing coordination in their response to the pay award, including consultations with their respective members.

Find answers to your questions in the FAQs on pay.

We are holding three Microsoft Teams pay webinars for CSP members in the NHS in England and Wales.

The England webinars will take place on:

The Wales webinar will take place on:

If you can’t attend these webinars, don’t worry as we will be recording the presentation element of the webinar and making it available to all members in England and Wales afterwards.