A pay award for NHS staff in England has been declared ‘nowhere near enough’ by the CSP. 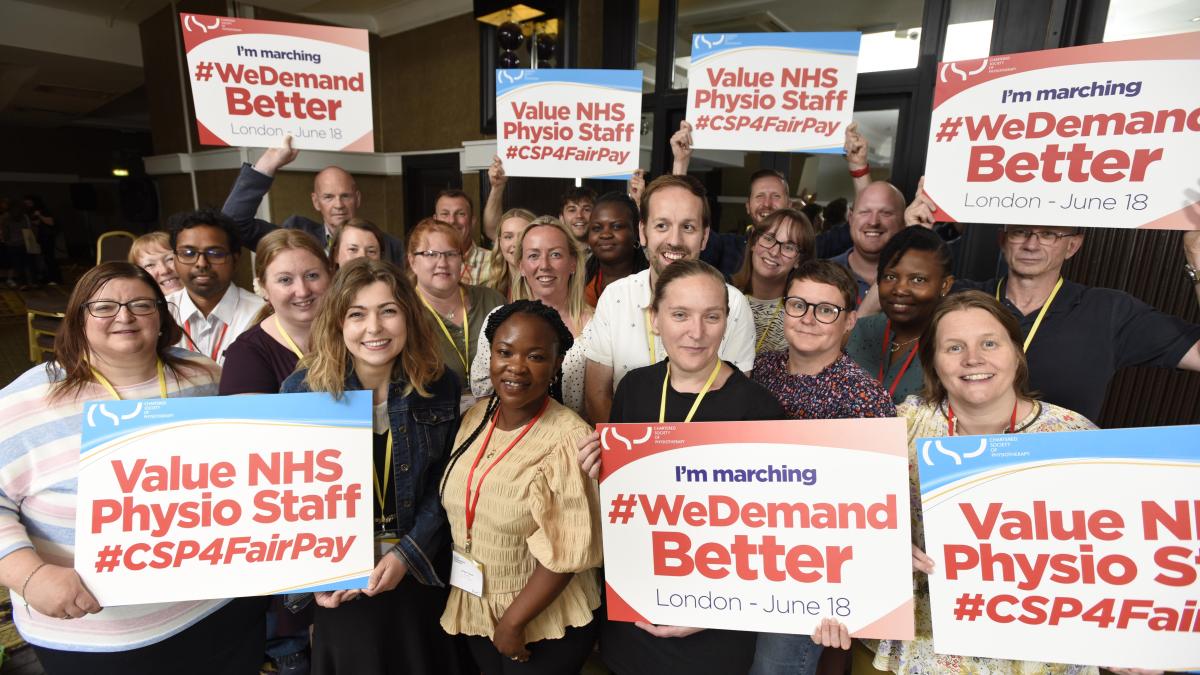 The UK government announced on Tuesday that NHS staff in England would receive a flat rate increase of £1400, backdated to April 1. Those at the top of pay bands 6 and 7 will receive a higher amount so that the rise equates to 4 per cent.

But with inflation moving towards double figures, the award falls far short of meeting the increased cost of living.

Claire Sullivan, director of employment relations and union services, said members in England would be consulted on the award.

However, a higher offer for most members in Scotland is currently under consultation, with the CSP recommending members reject it.

‘Today’s announcement will come as a source of huge anger and disappointment to members. £1400 will not cover the projected hike in household bills this year, let alone other increasing costs.

'It is a pay cut in real terms at a time when members need their pay to keep pace with the cost of living more than ever before. The government has previously failed to respond to our calls to restore NHS pay to pre-austerity levels, making the cost of living crisis even more acutely felt.

‘This offer is nowhere near enough and will not stem the exodus of exhausted staff from the NHS or attract the larger number of new recruits needed, so it threatens to exacerbate the disastrous workforce crisis that already exists.

‘The fact that the award is not fully funded is an additional kick in the teeth for health workers – the last thing they want is money taken away from already under resourced patient services.

‘We will consult members on how they feel about this award over the summer and cannot rule out consideration of industrial action as part of that.’

Earlier this week an opinion poll showed unprecedented levels of public support for above inflation pay rises for NHS staff and for industrial action being justified in achieving it.

The CSP will now meet other health unions to agree the consultation process with members in England.

Today’s pay announcement covers England only. Trade unions in Wales met with the minister on Wednesday (19 July) and despite a very difficult budgetary position she has committed to further talks prior to announcing the pay review body recommendation in Wales. We will update NHS members in Wales as soon as possible following this meeting.

The CSP will contact members in England with details of their consultation in due course.

In Scotland, the CSP is this week opening a consultation of members employed by the NHS over the Scottish Government pay offer of 5 per cent, recommending rejection. The vote opens on Wednesday and will close August 10.

The CSP will communicate separately with members in Northern Ireland. Although we would expect the level of the pay award on offer to be similar there, the current political uncertainty makes the timing of this less sure.

The CSP will be offering members a series of webinars to outline more detail on the pay review body pay awards in England and Wales; the pay offer from the Scottish government for members in Scotland; and on pay in Northern Ireland when further information on changes becomes available.

Members across the UK are urged to ensure that their member profile on the CSP website is up to date with accurate information on their employer, workplace and sector.

Find out more about pay in the NHS across the UK.