The CSP is consulting all members employed by the NHS in Scotland on the Scottish government’s 5 per cent pay offer and is recommending they reject it. 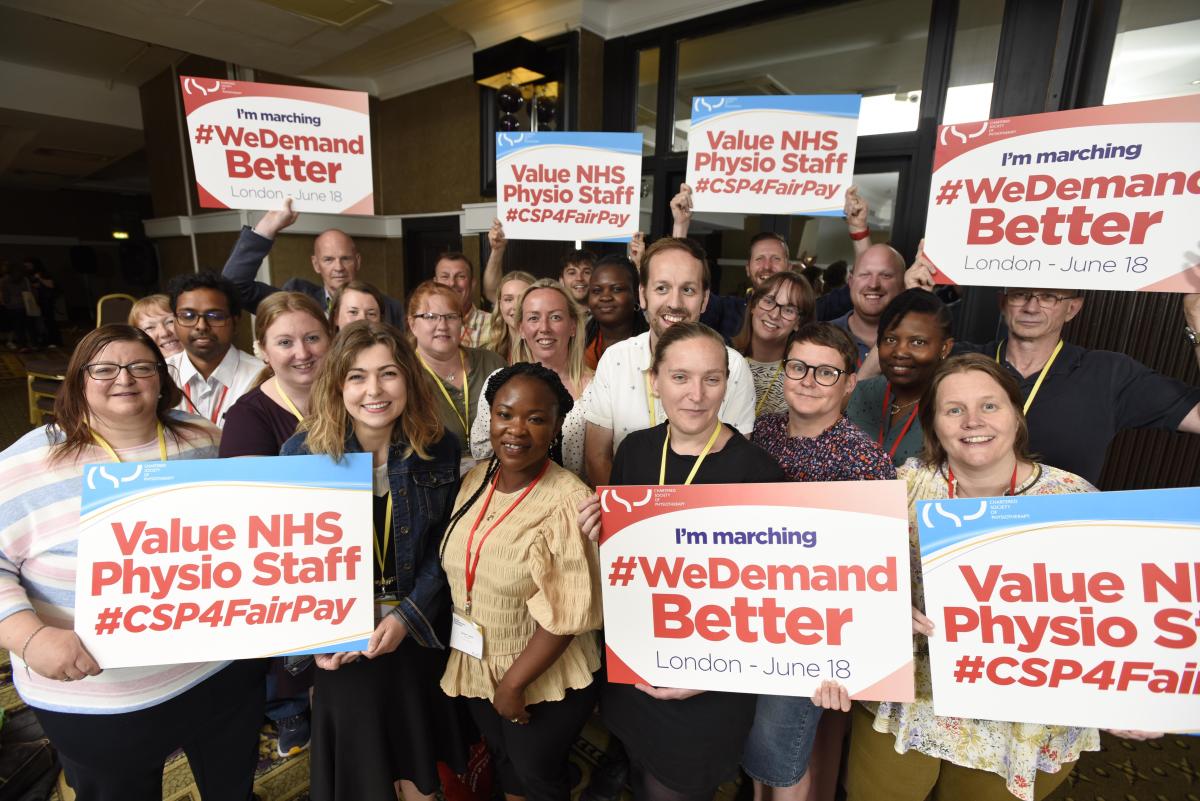 The decision to recommend rejection was made by the CSP’s pay reference group of members, which met earlier today (Thursday 14 July).

The sub group heard reports from a number of in person and online meetings held across Scotland in the last month. Arranged in order to take informal soundings about the offer from members, the meetings reflected the shock, worry and disappointment felt by physiotherapy staff faced with a pay offer that is little more than half the current rate of inflation.

As with other groups, physiotherapists and support workers are suffering from acute staffing shortages, high levels of stress and unsustainable workloads with difficulties in recruitment seen as linked to uncompetitive pay, among other factors.

The cost of living crisis is hitting CSP members and their families in Scotland hard, as it is throughout the UK, the member pay group heard. These issues, coupled with long and rising waiting lists, are leaving members deeply concerned about the impact on patient care, as well as their own ability to pay their bills and support their families.

CSP senior negotiating officer Claire Ronald, who is responsible for negotiating pay for members in Scotland – and along with other CSP staff has been meeting with members in recent days and weeks – said:

‘NHS physiotherapy staff pay is lower in real terms than it was a decade ago.  As well as their deep anxiety, they find it a kick in the teeth to be offered a below inflation pay rise.

‘Our members expect the Scottish government to back up its fine words of praise with a pay rise that at least keeps pace with rising cost of living.

‘What the Scottish government has put on the table is simply not enough to recognise the incredible professionalism and hard work our members put in day in, day out to care for their patients in the most difficult conditions.

'Scottish ministers need to understand how CSP members feel and do something about it by increasing this offer; as it stands, it will inevitably lead to further problems in attracting and keeping high quality and much needed NHS staff.’

'The pay offer in Scotland has come about through negotiation, a different process to the one that applies in other UK countries, which are covered by the NHS Pay Review Body (PRB).

'The government’s announcement on NHS pay following the PRB process for 2022-2023 has been substantially delayed and is now expected before the parliamentary summer recess later this month. We will update members as soon as that award is published and consult members on it.'

CSP members employed by the NHS in Scotland will receive an email on Wednesday 20 July asking them to vote online to reject or accept the Scottish government’s pay offer. The CSP is recommending that members reject it. In the event you reject, the consultation will also ask you to indicate what action you are prepared to take to convince the government to improve the offer, up to and including strike action.