Two major sporting events this summer in London will have 150 physiotherapists providing support to elite athletes from around the world. 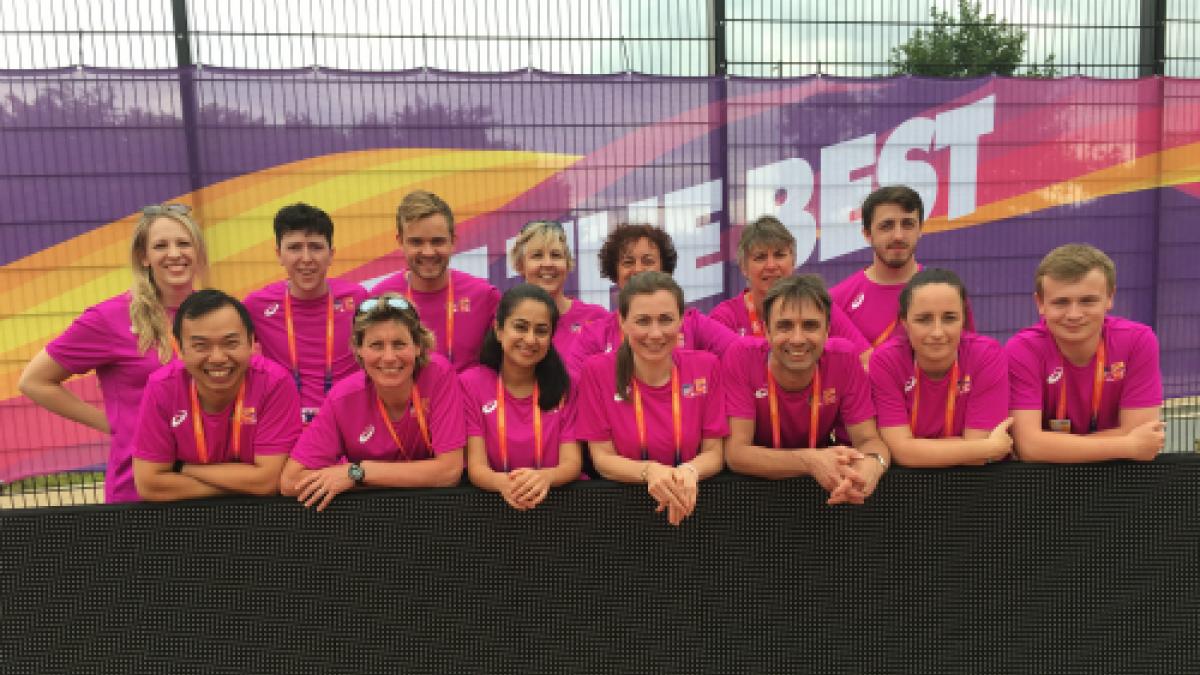 Some of the physiotherapy volunteers taking part in the 2017 World Championships at the Olympic stadium in Stratford, east London

The championships are being held at the Queen Elizabeth Olympic Park, in east London, and will involve 3,300 athletes from more than 200 countries.

CSP member Liz Nicholls, the venue medical manager, told Frontline: ‘All the physios that have been offered roles are experienced and used to working in a sporting context, although we have some newly qualified physios alongside the more experienced staff, so it’s a collegiate learning environment for them as well.

‘It’s an amazing opportunity to be involved in an elite level of competition, and for a lot of physios it’s an environment that they wouldn’t normally have an opportunity to work in.

‘Many of the physio volunteers also volunteered at London 2012, so it’s a pleasure to see many people coming back and building on the legacy of the Olympics.’

The physiotherapists will be part of a multidisciplinary medical service, staffed by other volunteers such as sports therapists, sports masseurs, osteopaths and chiropractors.

All the volunteers have committed to a minimum of five shifts per championship, with each shift lasting a maximum of eight hours.

Physiotherapy volunteer Alison Bloxham has previously worked with local sports clubs and has provided support to the British team at the World Transplant Games for many years.

‘But this is my first time doing the paras and world champs so I’m really looking forward to it,’ she said.

‘My shifts start on the 15 July and I’m working through to the 23rd. Some of the time I’ll be in the team hotels, working with athletes when they are away from the field of play and on other occasions I’m working at the stadium.

‘We don’t know who we are treating until we turn up for our shifts, so I don’t what teams I’ll be working with yet.’

The events mark the first time that the World Para Athletics Championships and the IAAF World Championships have been hosted by the same city in the same summer.