CSP members will play a key role in the Winter Olympics, which open in South Korea on 9 February. 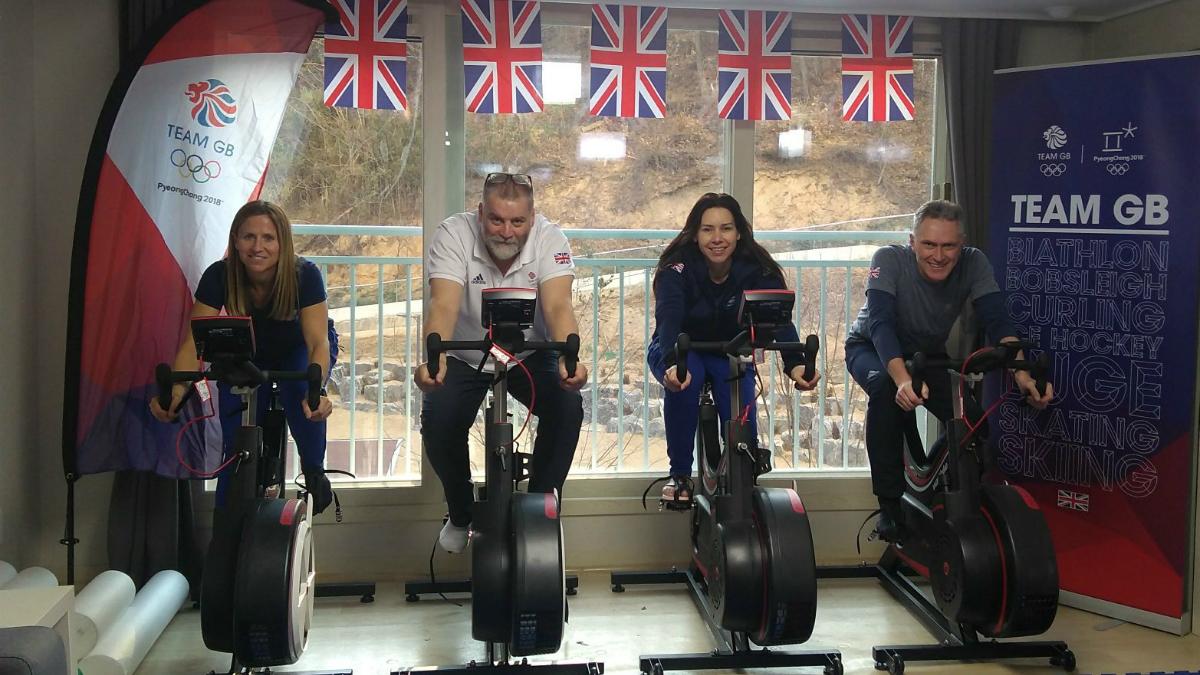 Team GB is sending its largest contingent to a winter games, with 59 athletes aiming to return home with a record medal haul.

Lead physiotherapist for Team GB is Nicki Combarro who said: ‘To represent my country at an Olympic games is the pinnacle of my professional career.’

Mr Taufatofua is pictured, braving the -3C temperatures at the opening ceremony of the Games.

Mr Allardyce told Frontline: “I initially volunteered to be part of the Winter Olympics but my application was rejected. I probably sent about 10 emails to the organising committee to ask them to reconsider, but all of my emails were ignored.

'However, it turned out while discussing the situation with a patient who used to work with Thai boxers that she knew an athlete who was an ex-taekwondo player turned cross-country skier. She made contact, and after a few emails I got the invitation.'

Mr Allardyce will also be presenting a workshop at the Olympics on hamstring rehabilitation. 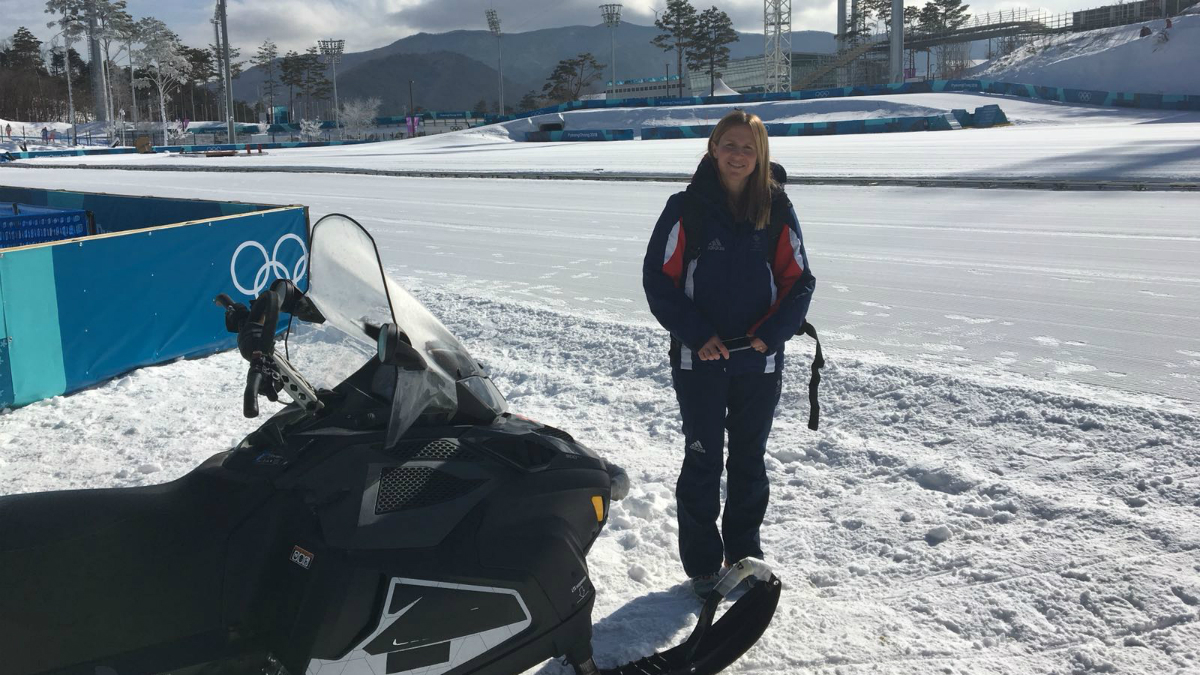 Frontline caught up with Ms Combarro, pictured, soon after she arrived in South Korea and asked her the following questions:

How come you are leading Team GB physios at the Winter Olympics - what previous experience has led you to this point? What is your professional background?

I qualified from the University of Hertfordshire in 1996 (having been the first grads through the physio degree). I became involved in sport working with St Albans men's hockey team providing pitchside first aid and treatment. Over the years I have applied for and been selected for a number of events gaining valuable experience working in sport.

I have worked in the NHS when I graduated and subsequently at the Ministry of Defence at RAF Halton for three years, before specialising in sport and started working at the English Institute of Sport. I have set up and run my own private practice at the Univeristy of Hertfordshire and worked providing sports physiotherapy to students, Talented Athlete Scholarship Scheme athletes, EIS athletes and anyone local with an interest in sport.

I have been to Youth Olympic festivals, UK school games, BUCS events, Commonwealth games  - in Manchester as an organising committee volunteer physio, then Melbourne, Delhi and Glasgow as Team England official team physio.

I set up and ran the holding camp for Team GB at London 2012, before volunteering for LOCOG at the Paralympics. I went to Rio as part of Team GB physio/ medical team.

With all the multisport games experience I have I then applied to be the lead physio for the Winter Olympics in Pyeongchang – and was successful.

I have a BSc Hons in Physiotherapy from the University of Hertfordshire and earlier this year was awarded Alumni of the Year 2017 for my services to sport.

The university used this as a massive marketing platform before Christmas and I was on the back of buses in Hertfordshire and on posters across the Tube and mainline train stations into London! (without me realising I must point out – I am not sure I would have consented to this had I been asked – as I live in the county and I found it all a little embarrassing).

I completed my MSc in Sports Rehabilitation from Manchester Met Uni in 2002.

How did you feel when you learned you had been picked for this role and what does it mean personally?

I was thrilled to be asked to lead the physiotherapy team for the Olympics. To represent my country at an Olympic games in my opinion is the pinnacle of my professional career. Although I participate in sport I was never going to be good enough to go as an athlete – so being able to attend the games and help support the athletes to achieve their goals is so rewarding.

What does your job with Team GB entail and will you also be working in the Paralympics?

The Olympics and Paralympics have two separate teams – so I will not be working at the Paralympics. My job role at the Olympics is vast – there is obviously the specific physio tasks of injury prevention, treatment of injuries and athlete recovery, but there is also the less obvious such as the logistics pre-games of sorting sports and venue cover, ensuring freight consumables and kits is organised, recruiting an HQ physio team. These also include timetable management to ensure Team GB athletes have physio support during their training and competition sessions.

What are your first impressions of the Olympic village and Pyeongchang - and what are your expectations for the Games, are they likely to be more challenging than other large sporting events you have worked for? What kinds of injuries are you anticipating? And what are you most looking forward to?

There are two villages here. Team GB have two thirds of our athletes in the mountain and one third on the coast.

The facilities here at both villages and venues are excellent from what we have seen so far.

The coastal village has a little more space with opportunities for us to create a larger performance centre to house medical/physio services, however both villages have been excellently branded by the British Olympic Association and are a great space for the athletes to use.

With the variety of the sports we have athletes competing there is potential for a massive variety of injuries.

Sports such as biathlon and cross country provide very different challenges and injury risks compared to the high speed and high force sports such as free style ski – aerials or snow board big air.

There is the potential for more traumatic injuries than maybe there would be at a summer games due to the risk that these athletes take with every training session. In competition they will be giving it their all and pushing their own boundaries so there is always the element of risk and possibility of significant injury if it doesn’t pay off.

Any advice for physiotherapy staff who may want to get involved in major sporting events?

The best way for members to get involved in sport is to join the Association of Chartered Physiotherapists in Sports and Exercise Medicine (ACPSEM) and then find their local rep and make contact with them.

Get a first aid qualification and then volunteering for local clubs is the best way to get started.

ACPSEM has a CPD pathway which is a nice way for physiotherapists to get involved in sport, have the opportunity of working with a mentor and then gradually get into elite sport.