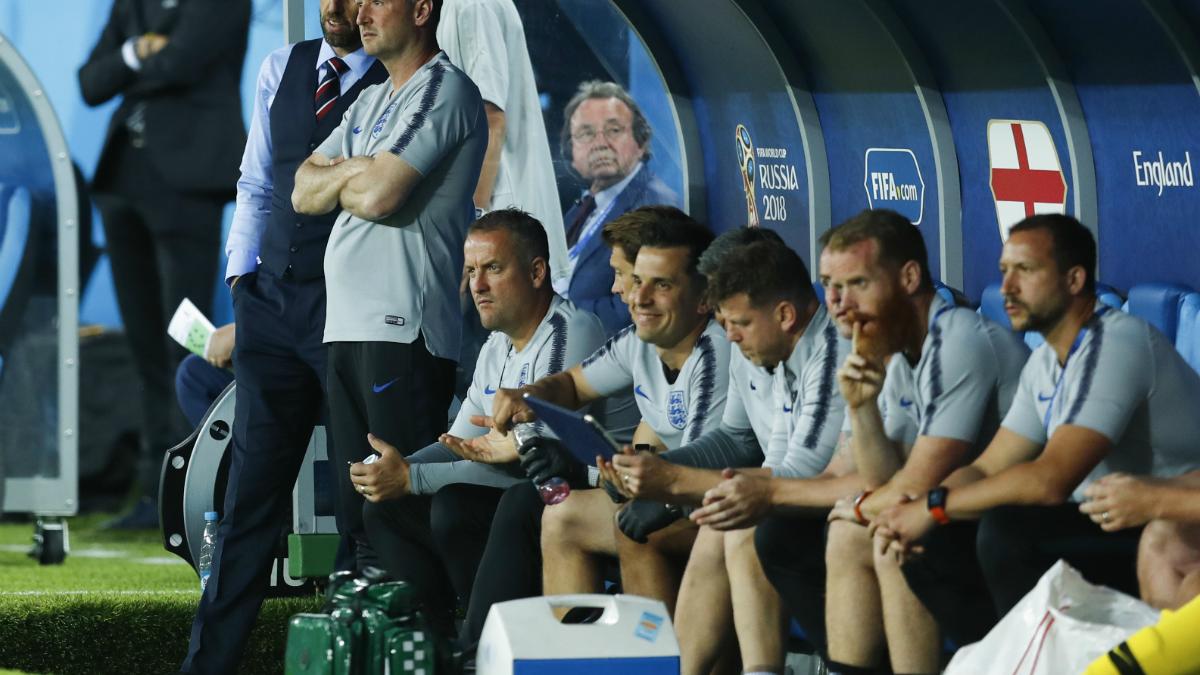 Steve Kemp and Simon Spencer are part of the medical team supporting the England football team during the World Cup tournament in Russia.

The physiotherapists are now in Samara, helping the team to prepare for their vital quarter-final match against Sweden, which will either see England knocked out of the tournament or through to the semi-finals.

Mr Kemp is the team’s lead physio. As well as working with the England squad, he is also the men’s lead physio for the Football Association and previously held roles with Wolves and Preston football clubs.

While Mr Spencer is head physiotherapist at the English Institute of Sport, and formerly worked for West Bromwich Albion and Norwich football clubs.

Alongside the two physiotherapists, the England team has the support of a medical team that contains two soft tissue therapists, an osteopath, a Pilates instructor and two doctors.

In addition, the squad receives support from a performance team that includes a nutritionist and two physical performance coaches.

After their last match, which saw a triumph in a penalty shootout against Colombia, three of England’s players needed to be assessed by the medical team.

Captain Harry Kane received attention after experiencing cramp, while striker Jamie Vardy was treated for a groin injury and defender Ashley Young for an injury to his thigh.

The medical team has also been working to ensure that midfielder Dele Alli remains fit to play, after he received a thigh injury during the team’s opening match against Tunisia.

CSP director of strategy, policy & engagement Rob Yeldham said: ‘The CSP is hugely proud of our members who are keeping England players fit to bring it home.

‘Physios are a key part of every elite sport. But, you don’t need to be an elite sportsperson to benefit from the advice of a physio. Physios and physiotherapy support workers can help anyone get more physically active.

‘If you have a long-term condition, or face other barriers, physios can help you do more of what you love. That need not be organised sport. It might be gardening, walking or dancing. Have a look at our Love Activity, Hate Exercise? campaign online to find out more about how physios can help people get active.’