A CSP member is supporting the Indian national football team, after receiving a ‘shock invitation’ from their coach. 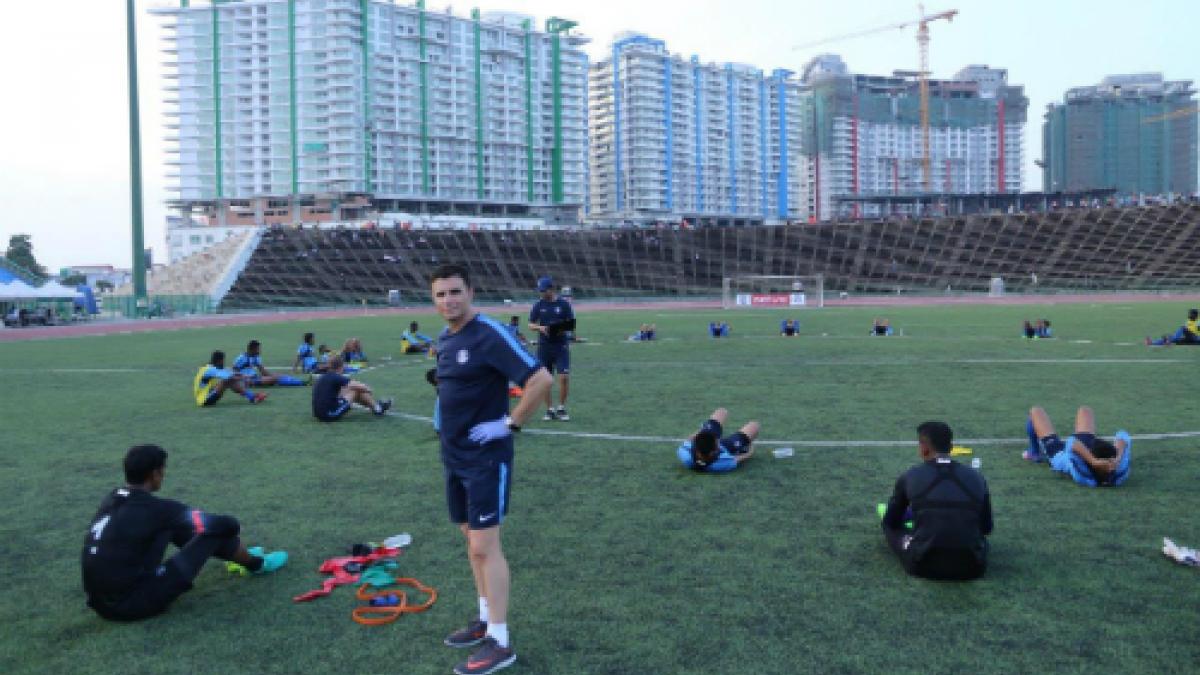 Nicos Zeniou, a private physiotherapist based in Limassol, Cyprus, has helped to treat and prevent injuries among the squad as they attempt to qualify for the 2019 Asian Football Confederation (AFC) Asian Cup.

He was invited to support the team by their head coach Stephen Constantine, who he had met 20 years ago while he was working as the lead physiotherapist for Cyprus’s national football team.

‘I usually get a visit from him at my clinic when he is in Cyprus, but was shocked when he asked me to join him for three weeks for the start of the Asian Cup Qualifiers,’ said Mr Zeniou.

‘The idea was that more than 30 national team players were being called to the national team camp and  I was to lend my support and experience and assist the current medical team.’

Earlier this year, Mr Zeniou accompanied the team as they played matches in India, Cambodia and Myanmar.

‘Besides the normal sport physiotherapy, musculoskeletal physiotherapy, and manual therapy I was also able to offer acupuncture treatment,’ he told Frontline.

‘And with two games coming within a week of each other it was important for us to make sure we were taking preventive measures as well.’

A historic moment for Indian football

After a week at the national camp in India, the team played an international friendly in Cambodia, winning the match 3-2.

Mr Zeniou then travelled to Yangon, in Myanmar, for the squad’s first qualifier game. Previously, India had not beaten Myanmar in an away match for 64 years, but the team managed to win 1-0 after scoring in the 90th minute.

‘Sitting in the dressing room afterwards watching everyone celebrate I could not help feel an immense sense of satisfaction knowing that I was part of a historic moment for Indian football,’ said Mr Zeniou.

The team is currently playing in the third qualifier round of the Asian AFC Cup, which will take place in the United Arab Emirates in January 2019.