Experience is the name of the game for the medical team supporting the British and Irish Lions’ rugby tour of New Zealand this month. 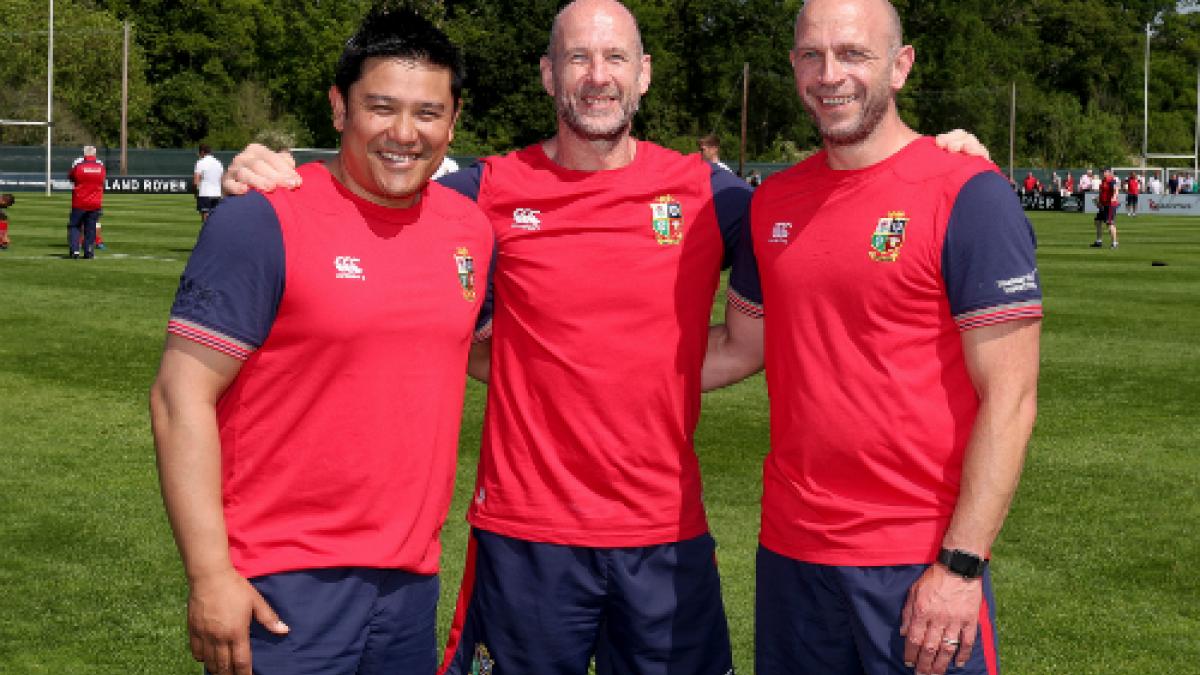 This is the third Lions tour where all three physios have worked together.

The Lions have ten games in six weeks – leading up to three test matches against the All Blacks.

‘This is an unprecedented fourth Lions tour for me,’ Phil told Frontline, ‘and as a lad from Worksop I can still hardly believe it myself.’

For him and his colleagues it was a big challenge getting a new squad of 41 players.

They’ll be addressing the particular challenges of supporting a team brought together from four nations and multiple clubs, each with their own physiotherapy advice.

‘Physios out there in the clubs do a lot of hard work and rarely get a pat on the back,’ said Phil.

‘The challenge is made a lot easier by the great relationship we have with our feeder clubs, the medical teams in each of those countries, and their willingness to share that information with us.

‘So when the boys arrive we’ve already got a massive amount of knowledge on their past medical history, current injuries, preventative strategies that are going on, how they’re taped, what sort of massage they want,’ said Phil.

‘So we have lovely continuity and we try our best to make that transition in as seamless as possible. Then we’ll reciprocate so at the end of the tour we give a full summary of each of their players so they can transition back in to the club.’

Rugby is a sport where it is impossible to prevent injuries.

‘We inherit a lot of players with existing injuries which we’ve got to manage acutely so that’s one facet straight away.’

As the personal histories of players is known and what they’re doing in terms of prehab, that is written in to the tour programme.

‘We’ll have slots through the week where we look at maintaining stuff that’s been going on to protect them, to make them as resilient and robust as we can, in our game.

‘Then we’ll be picking up a new set of injuries once we start playing as a team.’

Asked what differences there were in how physios worked with the pack and the backs, Phil joked: ‘The piano players and the piano pushers. The Ferraris you’ve got at the back and the strong men in the front.’

‘They’re all rugby players, yes. There are differences in the way you treat a fast athlete – which our backs are these days. We’ve got guys coming in at excess of 10 metres a second. That presents with all sorts of biomechanical risks and strategies you can use with backs for actually running performance.’

‘They’ve got to be resilient, fit and strong enough so that presents us with a different set of issues. But put together they have to be able to run for 60, 70, 80 minutes as well. That’s a common theme, for endurance capacity, but then we have those specific things that we look at as well,’ said Phil.

Player welfare was becoming more of a challenge as the game developed.

‘There’s an awful lot more to look at in being able to protect the players. The big one now is concussion and we’ve still got a long way to go before we understand that.’

‘Now we have ACL disruptions everywhere. Things like high ankle sprain. Never heard of one of those until eight years ago, now they’re two a penny. The more we learn the more there is to do and the more there’s yet to learn.’

Asked about the level of injury since rugby turned professional, Phil said he was ‘not convinced’ that there had been an increase.

‘I think we’ve become a lot better in recording them, and we’ve a much better understanding of what we’re dealing with.’

He gave a pat on the back to the injury audit led by the Rugby Football Union.

‘We’ve got a vast amount of data so we can pick out trends in injuries, pick out the vulnerable positions and what type of injury they’re likely to sustain.’

That gave an idea of what can be targeted in terms of injury prevention, which Phil described as ‘fantastic.’

‘What used to happen before (with amateur rugby) was that people were injured, and stopped playing and went back to work.

‘Now we recycle players, because of the rehab side. What we do is that we tend to get players with accumulative injuries still playing. When I was playing as an amateur if you had a severe knee or shoulder reconstruction you would probably go back to work and not come back to play.’

‘One thing that’s indisputable is the ball is in play now for 44 minutes rather than 22 when I played so you’ve doubled your chances of getting some contact.’

The players fully understood the role of their medical  teams and are some of the best patients physios can possibly work with.

‘They’re willing, we see them at their worst when they’re injured, at lowest ebb, then we work with them until they’re back playing,’ said Phil.

‘We don’t have a problem getting players on the field, we have problems getting them off the field, when they’re injured.

‘We really are valued by the players and I think the vast majority of management that we work for understand the value, time, effort and professionalism that physiotherapists and the medical teams put into clubs.’

Welfare had always been a high priority for the Lions, he said.

‘The boys would take the best medical team that they possibly can. The Lions have never cut corners when it comes looking at the medical team.

‘For us it’s because we’re so experienced, it’s like putting your hand back in to a glove, we know the logistics are easy and the systems are all in place.

‘And to maintain that level across tours we’ll be transitioning the next guys in, the next cab on the rank if you like, and that’ll come in. We’ve always got some experience so, in four years’ time, the medical team will be equally good if not better than the team we’ve got now.’

Emphasising the professionalism of the physios, Phil said: ‘Ultimately we are physios with a duty of care to provide to the player.

‘Rather than just being sports or rugby physios, we’ve all been through the process of being a chartered physiotherapist and progressing with an interest in sports medicine.’

Addressing the younger generation of physios like those who came to him asking how they can get a job like his: ‘It can be a bit off-putting for them as there aren’t many jobs in professional sport, not many in soccer, probably way less in rugby, but if you have a passion and you’re prepared to go through a few years of long hours and hard work, your MSC, a commitment to lifelong learning, then when you do get the job you want it’s well worth the effort. Look what I’m doing.’