Ema Swingwood, a respiratory physiotherapist at University Hospitals Bristol and Weston NHS Foundation Trust and chair of the Association for Chartered Physiotherapists in Respiratory Care (ACPRC), received an Order of the British Empire (OBE) for her services to physiotherapy research.

As chair of ACPRC, she has led on the development of respiratory physiotherapy advice and guidance for CSP members during the pandemic – and she is also the clinical lead physiotherapist at the Nightingale Hospital in Bristol.

She told Frontline: ‘I am totally surprised and humbled to receive such an award, it's all rather overwhelming.

Although this is a personal award, there is no way that anything could have been achieved over the last year without a collaborative approach.

‘I am very lucky to work with some amazing teams and colleagues. I'm proud to be a physiotherapist and am so excited that we are being acknowledged in this way.’

Mrs Swingwood, who lives in Monmouthshire in South East Wales, is currently undertaking a clinical doctoral research fellowship (CDRF) at the University of the West of England, where she is also a visiting lecturer in physiotherapy.

‘The ACPRC have worked exceptionally closely with the CSP during the pandemic and we have hosted courses and produced resources which are all open access and are available on our website: www.ACPRC.org.uk.’

CSP Fellow Fiona Jenkins, a former Council member and vice president of the society, was made a Member of the Order of the British Empire (MBE) in recognition of her services to healthcare.

Dr Jenkins is currently the executive director for therapies and health science at both Cardiff and Vale and Cwm Taf Morgannwg University Health Boards.

During her career she has held a variety of high profile roles, including leadership of several national programmes including respiratory health, stroke, eye care, eye care national digitisation programme, musculoskeletal planned care ( including first contact practitioner), as well as chair of the Wales Directors of Therapies and Health Science peer group.

Commenting on her MBE, she said: ‘I’m thrilled to have received this award and know that this is really an award for all the therapists and healthcare scientists I have had the privilege to work with throughout my career.

‘The role of the executive director of therapies and health science is now more than 10 years old in Wales.

I hope that during the last decade I have been able to give greater visibility to the wide variety of professions that I am responsible for and show that great healthcare really needs a multidisciplinary approach with our patients always at the centre of our thinking.

‘I also hope that the diversity of our professions and wide skills upon which we can call has been recognised as a significant enabler in improving patient care.

‘I’m also very grateful for my family supporting me through my life-long journey of continued learning and education, much achieved, but always more to do!’ 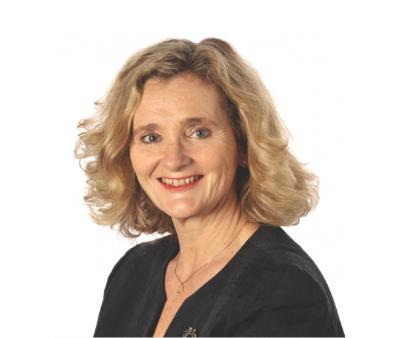 Dr Jenkins, who lives in Cardiff, is also the Armed Forces and Veterans’ Champion for Cardiff and Vale and the NHS Veterans/ Armed forces lead for Wales.

This year, she has been instrumental in the development of a multidisciplinary team and online resource, www.keepingmewell.com, which aims to help people in Wales with their rehabilitation following Covid-19, as well as also helping those who are experiencing Long Covid symptoms.

She previously received a CSP Fellowship in recognition of for her services to management.

Eve Corner, a  research physiotherapist, a clinical consultant and a lecturer in physiotherapy at Brunel University, was made a Member of the Order of the British Empire (MBE) in recognition of her services to health education during Covid-19.

During the pandemic, Dr Corner has initiated and led the rapid development and use of an online education programme for acute Covid intensive care services.

As part of this work, she has produced educational programmes which have included modules on the acute management of critical care patient for nurses, doctors and physios, and a mulitprofessional rehab module.

She told Frontline: ‘I am absolutely honoured to receive this award for services to health education during the Covid-19 pandemic.

‘This nomination was made, in part, in recognition of the development of the Covid-19 ICU Remote-Learning Course (CIRLC).

‘This course was delivered and set up by around 130 critical care trained staff who volunteered their time to support development and delivery of this course to in the region of 2,000 redeployed.

‘This MBE is in recognition of everyone's efforts.

Thank you to everyone who continues to work tirelessly in this pandemic to make survivors out of our critically ill patients.

Gabriella Pimentel, a senior lecturer at St Marys University in London and a clinical specialist at Warrior Sports Rehab, received a British Empire Medal for her services to the Elderly during Covid-19.

During the first national lockdown last year, Ms Pimentel started to provide WhatsApp video workouts for her grandparents – in order to replace the cardiac rehab classes her grandfather no longer had access to.

Then, following a friend’s suggestion, she began to upload the videos to YouTube, where they soon attracted a global following, which included many older people who were eager to access professional exercise guidance.

As a result, throughout the first lockdown Ms Pimental offered a series of daily gentle exercise routines, which she named “Quaran-tin Workouts” as the only equipment that participants required were a chair and two tins.

Her online channel become so popular that it went on to be featured on the BBC news and, after completing 91 consecutive online workouts, Ms Pimentel was encouraging to release an accompanying e-book.

Commenting on her quarantine inspired project, Ms Pimentel, who is a specialist sports and rehabilitation physiotherapist, said:

It was a lockdown plan aimed at keeping my grandparents sane and fit, but it ended up being so much more. It feels overwhelming to have this recognition.

‘I’m very honoured by those who nominated me and I feel very proud to have been awarded a BEM. Sometimes it doesn't feel real!

‘The Quaran-tin Workout ended up becoming a lovely community of people all over the world, from Turkey to Sweden to Australia, it's been a very wholesome project.’

Rosemary Brewster, a retired senior physiotherapist, was made a Member of the Order of the British Empire (MBE) in recognition of her services to end of life care.

Whilst working at the NHS Tayside facility, she dedicated her career to improving the quality of life of palliative patients, by helping them to become more mobile and to self-manage their symptoms.

Commenting on her MBE, she said: ‘I was delighted and touched that so many of my former colleagues nominated me.

‘I thoroughly enjoyed my time at NHS Tayside. Caring for my patients was the best part of my job and I felt very privileged to be part of their journey. It really was rewarding work.”

Lorna Birse-Stewart, chair of NHS Tayside, said: ‘I would like to congratulate Rosemary on being awarded this well-deserved honour. Rosemary dedicated her career to supporting and caring for all of her patients.

We are very proud of everything she has accomplished and this is a wonderful way to mark the beginning of a long and happy retirement.

Clare McCarroll, a physiotherapist at the Integrated Community Reablement Service at Merseycare NHS Foundation Trust, received a British Empire Medal for her services to the NHS during the Covid-19 Response.

She told Frontline: ‘I am delighted and feel very grateful and humbled by the nomination for the honour.

Without a doubt this honour recognises the exceptional hard work that my fabulous community physiotherapy, occupational therapy and assistant practitioner colleagues are continuing to do throughout this pandemic.

‘We have collaboratively worked with our nursing team to provide a wraparound service to vulnerable patients at risk of hospital admission and supporting the many patients coming out of hospital, some of which have had Covid and the many others who have had a very different experience due to the pandemic.'

Throughout the Covid-19 crisis, Ms McCarroll's work has also involved taking on duties to support her team, in the absence of a team leader.

As part of this, she has supported staff with risk assessments, redeployment and by establishing a virtual team.

In addition, she has offered in-service trainings, which have included weekly “Covid Q&A” sessions, where colleagues are able to share their experiences, highlight best practice examples from the evolving evidence base and set up clear support groups within the wider team, in order to enhance the psychological safety of staff.

Alongside her other work, Ms McCarroll has also recently  published the findings of an intergenerational music and movement pilot project with nursing home residents and preschool children, which she co-produced and ran with Holistic Harmonies.

Warren Baxter, another physiotherapist at the Integrated Community Reablement Service at Merseycare NHS Foundation Trust, also received a British Empire Medal for his services to the NHS during the Covid-19 Response.

During the pandemic Mr Baxter, who lives in Southport, has been supporting the safe discharge of patients from hospital into Covid-19 safe environments.

Commenting on his award, he said his nomination reflected how everyone in the NHS had been "working tirelessly" throughout the pandemic.

Also among this year’s honours recipients was Hazel Winning, who previously worked as the lead allied health professions office for Northern Ireland’s Department of Health.

During her time in the role, she oversaw the strategic direction and development of all 14 AHP professions in Northern Ireland, including physiotherapy – spearheading the development of policy in relation to professional standards and practice, quality and safety, and workforce development and planning.

In the course of her career, she played a key role in supporting the progression of the AHP workforce, and recently led the development of the Northern Ireland AHP Advanced Practitioner Framework 2019.

In recognition of her achievements and the impact of her work, she received an Honorary Order of the British Empire (OBE) for her services to health and social care.