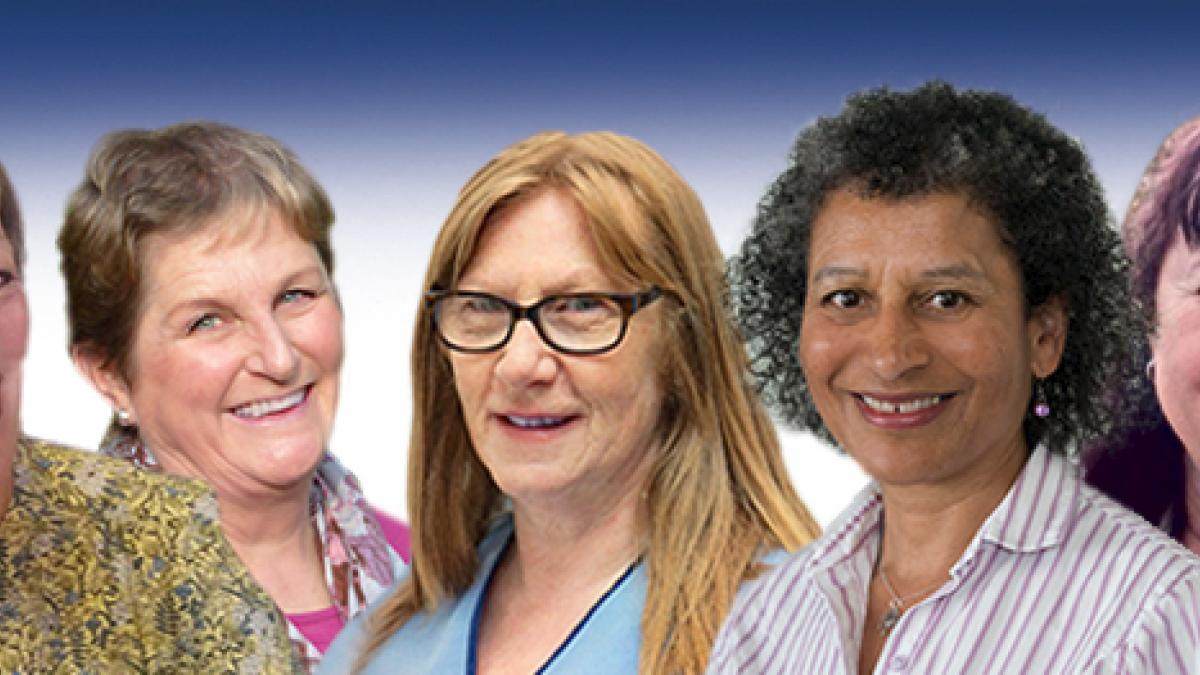 Maria Stokes, associate dean of research and professor of musculoskeletal (MSK) rehabilitation in the faculty of health sciences at the University of Southampton, received an Order of the British Empire (OBE) for her services to physiotherapy research.

She told Frontline: ‘An honour in recognition for research can only be achieved by a team, so I’m delighted to receive this award on behalf of colleagues in the active living and rehabilitation research group in the faculty of health sciences and all our collaborators.

‘This honour is a great endorsement of how highly the physiotherapy profession is regarded.’

Her research aims to optimise function and enable active living, by using multidisciplinary research into healthy ageing and physical management of MSK conditions.

‘We aim to keep people of all ages as active as possible, trying to find ways for them to exercise safely, so that their joints are protected from pain, injury and osteoarthritis,’ she said.

‘Much of our success is due to being based in the national Arthritis Research UK Centre for Sport, Exercise and Osteoarthritis.’

Professor Stokes added that she was grateful to all the students and research collaborators who had contributed to their research.

Dr Atkins, a CSP fellow and programme leader for the Society of Musculoskeletal Medicine (SOMM), was made a Member of the Order of the British Empire (MBE) in recognition of her services to physiotherapy.

She told Frontline: ‘I was thrilled to receive the award and I have to thank those who put forward and supported the nomination. It means so much to me.’

Dr Atkins was a practising physiotherapist for over 40 years, specialising in orthopaedics and musculoskeletal practice, and has taught for SOMM for more than 30 years.

She was awarded a CSP fellowship in 2014 for the advancement of MSK education for postgraduate physiotherapists and doctors.

In 2000 she developed the first MSc in musculoskeletal medicine, in collaboration with Middlesex University. She continues to lead the programme.

She is also part of a team that is developing a similar programme at Queen Margaret University, Edinburgh.

Dr Atkins, who retired from clinical practice in 2015, said: ‘I’ve enjoyed every moment of my career, both clinically and within musculoskeletal medicine education.

‘To receive this award at this stage is the absolute highlight of my profession and draws together all the friendships, achievements and exciting projects I’ve been involved with along the way.

‘I’ve always valued the thought that by being involved in providing education to health professionals it’s ultimately the patients who benefit.’

Ruth Graham, a senior physiotherapist in the Northern Ireland Children’s Hospice, was made a Member of the Order of the British Empire (MBE) in recognition of her services to bereaved and disabled children in Northern Ireland.

She told Frontline: ‘I received a letter about a month ago letting me know and I had to read it a few times before it started to sink in. Never in a month of Sundays could I have imagined such an award could come my way.

‘It has been a very humbling experience as social media allows the news to travel quickly around the country. And I have received so much support from colleagues, family and friends.’

Miss Graham has been a paediatric physiotherapist for over 30 years. She gained much of her experience at the Royal Belfast Hospital for Sick Children, where she worked in respiratory care and in the regional cystic fibrosis team.

She went on to work at Horizon House, the first children’s hospice in Northern Ireland, which opened in 2001.

‘One of the many joys of working here has been aquatic therapy and therapeutic swimming for so many children with complex needs,’ she said.

Miss Graham is actively involved with UK charity Dreamflight, which takes a large group of children on holiday each year to Orlando, Florida.

‘The charity provides such a positive experience for many children and young people who manage very difficult illnesses and disabilities,’ she said.

In addition, she is a bereavement support volunteer for the charity Cruse Bereavement Care, a role that sees her providing one-to-one support for children, young people and adults.

‘The resilience of young people in working through difficult bereavement continues to astound me,’ she said.

She told Frontline: ‘I was shocked and humbled when I learnt of the award. It is an honour to be recognised for my work in neurological rehab, but it is working with an amazing team of talented and dedicated colleagues that has led to this.

‘So I would like to thank my patients, their families and my wonderful colleagues.’

Mrs McIntee started at the centre in 1990 and has worked with people with neurological conditions for 17 years.

‘I feel so lucky to have had an amazingly rewarding career, as I leave to take early retirement and continue my work in complementary therapies. I have loved every minute and feel privileged to have helped my patients to live as full a life as possible,’ she said.

Physiotherapist Michèle Lee was made a Member of the Order of the British Empire (MBE) for services to improving the diagnosis and treatment of children with dyspraxia.

Mrs Lee is a trustee and former chair of UK charity the Dyspraxia Foundation, which aims to promote awareness and understanding of the condition.

Her interest in dyspraxia, which is also known as Developmental Coordination Disorder (DCD), began when she joined Newham community physiotherapy service in east London in 1985.

She went on to work in specialist roles at the Portland Hospital and the Royal London Hospital, before setting up her own practice in Buckinghamshire, in 1994, which specialises in dyspraxia.

Since then she has given educational talks, carried out research into the condition and developed her own treatment method–using muscle strengthening, skills acquisition and teaching strategies that take account of the long-term nature of the condition.

Mrs Lee told Frontline: ‘I am absolutely honoured and proud to receive this award. Improving the diagnosis and treatment of dyspraxia/DCD has always been very close to my heart and, through my roles with the Dyspraxia Foundation, I have been able to work to promote awareness and give support to those who really need it.

‘I would like to thank the staff and the other trustees at the foundation for all their hard work and support to me.’