The CSP and other health unions have launched a claim for a pay rise for all NHS staff in the UK from April 2018 that would deliver a real increase for the first time in years. 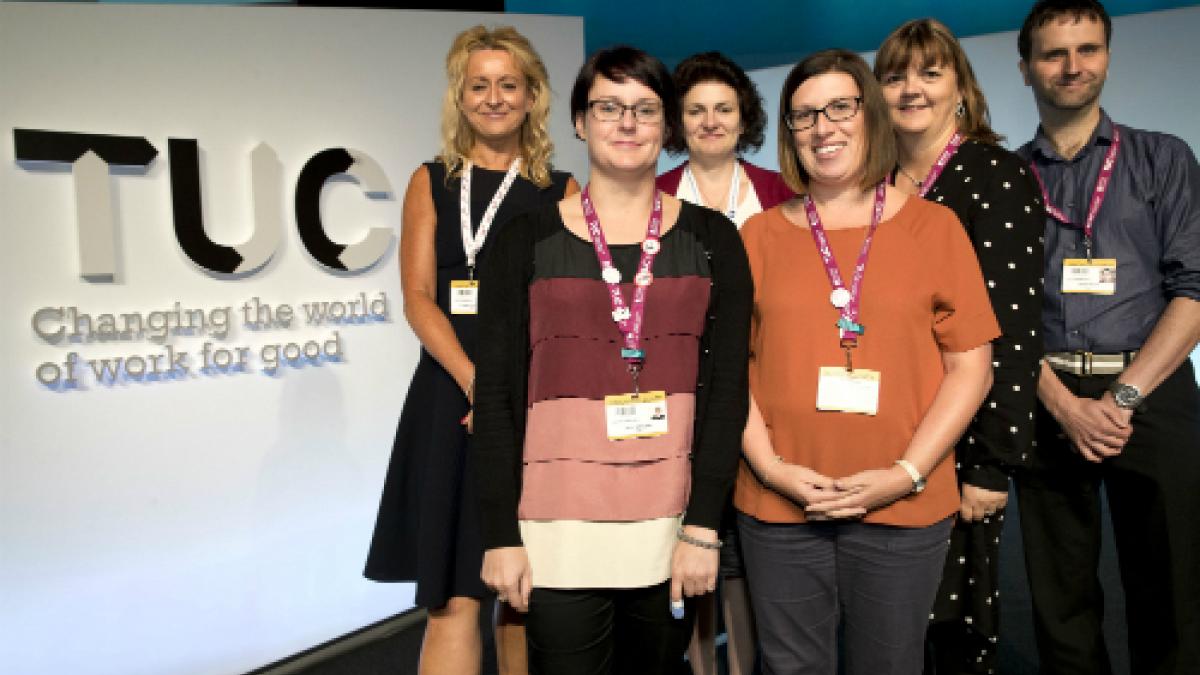 Pay was top of the agenda for physiotherapy staff in the CSP's delegation to the TUC annual congress in Brighton this week. Photo: Jess Hurd

The claim is for the increase to match the retail price index – currently at 3.9 per cent – plus an £800 consolidated lump sum.

It was developed jointly by the health unions in a bid to end seven years of pay restraint and start clawing back lost income running into thousands of pounds.

The unions are clear that this rise must be separately funded rather than taken from existing NHS budgets.

A lifting of the pay cap on public sector workers has been widely trailed in the press in recent weeks but the first concrete actions by government were announced this week, when rises were announced for prison officers and police.

Chief secretary to the Treasury Elizabeth Truss told BBC Radio 4's The World at One on Tuesday that is was 'now is a time to move to a more flexible approach' to public sector pay.

Pay review bodies and departments were being given greater leeway to use pay to address 'pinch points' within public sector staffing, 'targeted to where there are specific issues, where we need to make sure we recruit more talent', 'holding on to those really valued people' with the pay policy adjusted 'on a workforce-by-workforce basis,' she said.

An opposition motion on NHS pay demanding that the government 'end the public sector pay cap in the NHS and give NHS workers a fair pay rise' was passed in the Westminster Parliament on Wednesday, with the government abstaining.

CSP chief executive Karen Middleton said: ‘The policy of pay restraint is inherently unfair and counterproductive and it must end.

‘But lifting the pay cap without funding real-terms rises is an empty gesture. For too long this government has taken the patient care delivered by NHS physiotherapy staff for granted.

‘It's time they were fairly rewarded for their skills and the NHS properly funded to provide the services we all deserve.’

The CSP is preparing evidence to NHS pay review body to underpin the pay claim, incorporating views from members expressed in workplace meetings held this summer and an online survey completed by over 2,500 members.

What can CSP members do?

More information from the CSP