The CSP is celebrating the NHS’s birthday on 5 July, praising the dedication and professionalism of physiotherapy staff and their colleagues in delivering quality care despite unprecedented pressures. 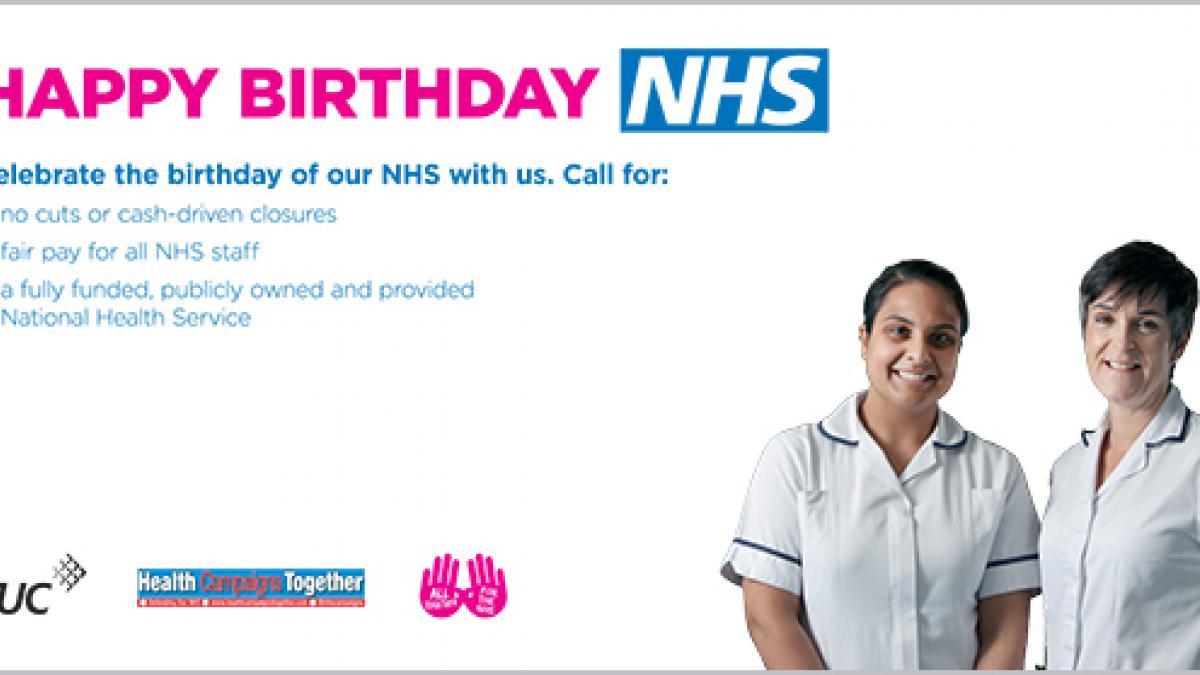 Founded in 1948 as a universal system publicly delivered and free at the point of need, the NHS is going through one of the toughest periods in its history, said CSP director Claire Sullivan.

‘The NHS remains one of the world’s most effective and efficient health systems but is underfunded, under-staffed and surviving on goodwill.’

Pointing to seven years’ pay restraint at a time of soaring demand for services, the CSP joined other health unions in calling for more government funding. This would enable the workforce to expand and finance above-inflation pay rises, with an end to the one per cent pay cap.

Research by health unions has found some 60 per cent of NHS staff work unpaid overtime. If their input was charged to the Treasury, the bill would be £1.5 billion a year, the TUC has calculated.

The CSP says the NHS needs an extra 500 physiotherapists a year – just to keep up with demand.

Ms Sullivan said: ‘The NHS needs more money in real terms, to ensure there is safe, effective and high quality care. Some of these funds need to be used to address the real-terms pay loss experienced by the NHS since 2010 and ensure that our health service retains and recruits its dedicated professional staff.'

The latest annual British Social Attitudes (BSA) Survey published on 30 June indicates that 48 per cent of the public are prepared to pay more tax (for the first time this is more than the proportion – 44 per cent – who want it to stay the same) to fund health, education and social benefits.

In a joint statement today unions said: 'Health staff are angry that ministers have still not said they will allow the pay review bodies to operate without interference, and will fully fund any recommendations they make. NHS unions insist that another year of pay restraint is wholly unacceptable, and will cause long-lasting damage to the health service, its patients and its workforce.'

Last week a vote on lifting the pay cap took place as part of the debate by MPs on the Queen’s speech and senior cabinet ministers have reportedly been putting pressure on the chancellor and prime minister Theresa May to rethink the government’s public sector pay restraint policy.

Furthermore, Scottish finance secretary Derek Mackay said that the Scottish government would ‘bring to an end the one per cent pay cap by taking into account rising living costs in setting pay in 2018-19 and in future years.’

In a letter to the chancellor, Mr Mackay called on the UK government ‘to lift the one per cent pay cap for public sector workers.'

And in Belfast today, pay dominated debates on the opening day of the Irish Congress of Trade Unions conference. The CSP called for an end to the difference in pay between health service workers in Northern Irealand and the rest of the UK.