Physiotherapists must strive to be influential at a country, regional and local level, chief executive Karen Middleton told the society’s annual representative conference. 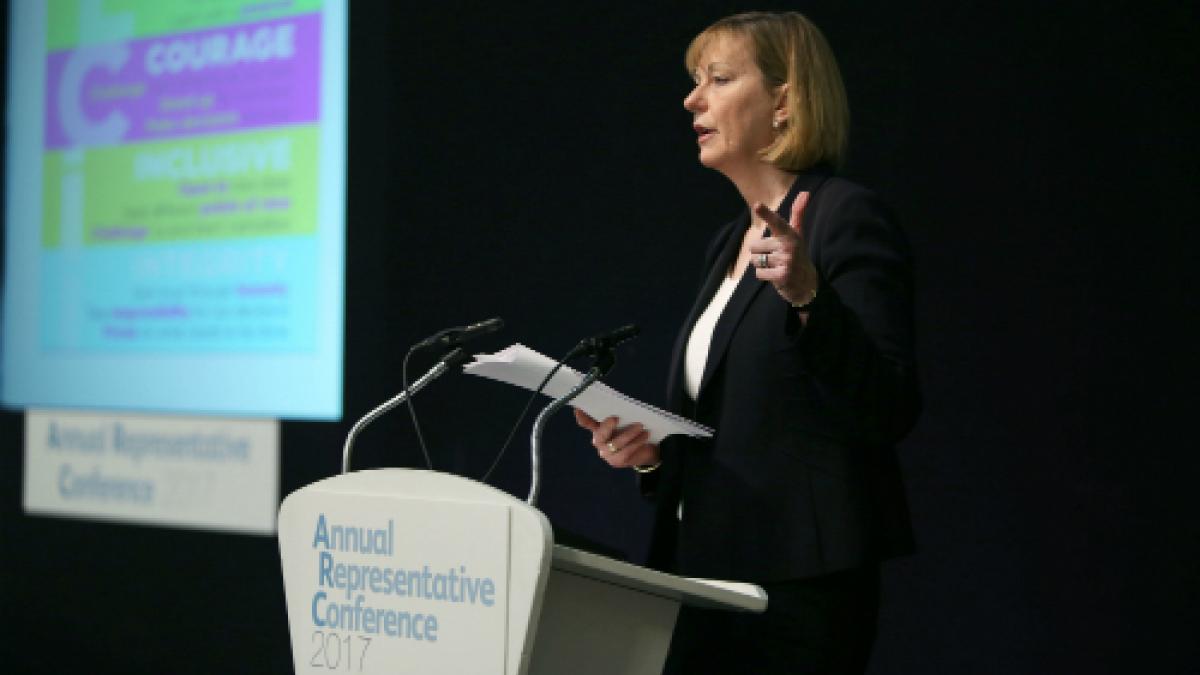 ‘I hear time and time again from decision-makers that they want to hear more directly from physiotherapists in the frontline, and that includes those who are making local decisions about workforce planning,’ she told delegates in Manchester on 7 March.

To help members influence local decision-makers the CSP has developed a number of tools, Ms Middleton said. These include the workforce data model, the falls prevention economic model, the physiotherapy cost calculator and a case studies database.

‘At last we are seeing economic evidence of our value alongside the clinical evidence and we have the data to prove it, ‘she said.

‘In an age of ‘alternative truth’ we must dispel the myth that physiotherapists do not collect data and have no way of measuring outcomes or impact.’

Ms Middleton said the past year had been full of ‘monumental events’ such as Brexit, the election of president Trump, a new British prime minister and the collapse of the power sharing agreement in Northern Ireland. She told delegates that 2016 had highlighted issues of ‘difference and diversity’ and in light of this she was proud that the CSP had earmarked inclusivity as one of its key values.

She also referred to concerns over NHS funding: 'The government can no longer continue to bury its head in the sand on the funding issue, however inconvenient it is.

‘And trying to deflect the criticism onto another ’them’, in this case those from oversees who access the NHS, only serves to demonstrate their desperation not to tackle what is self-evident to most.’

Ms Middleton paid tribute to the society’s focus, over the last year, on issues that could affect the physiotherapy workforce - such as the removal of the student bursary in England and the imbalance between demand on the healthcare system and the supply of newly qualified physiotherapists.

‘We have continued our work to lobby Health Education England and the Department of Health about the inaccuracy of their workforce data and our workforce modelling tool has been invaluable in demonstrating the need to increase the number of physiotherapy training places by 500 each and every year until 2020 just to stay still.’

Delegates also heard that another priority for the society was ‘moving the narrative on’ from self-referral to physiotherapists being the first point of contact in primary care.

‘With the crisis in primary care having profound effects on the whole system, we will continue with the Royal College of General Practitioners (RCGP) to call for more GPs, but we are also seeing considerable success in our influencing about physiotherapy being part of the primary care solution with the RCGP and BMA supporting our guidance last year in all four countries, and launches timed for maximum impact across the UK.’

Ms Middleton also spoke about the society’s launch of the Leadership Programme pilot. The initiative is being run in partnership with Connect Oxford and aims to enable members to develop the necessary skills to effectively influence on a local level.

‘I am heartened by the report I received from Connect Oxford about the first cohort of band 6 physios going through the new leadership pilot,’ she told delegates.

‘They told me, and I quote, “We have worked with a whole range of clinical and non-clinical professions,
but we have never seen such inspirational potential in one group of people that excites us so much that we want to give of our very best”.’

Read Ms Middleton's speech in full - click the pdf, below.