ARC 2017: Delegates narrowly back a call for a day to celebrate the physiotherapy profession

A demand for a UK 'Physiotherapy Day' to celebrate the profession and raise public awareness and understanding of physio staff's contribution just managed to get enough support from representatives to go forward for Council’s consideration. 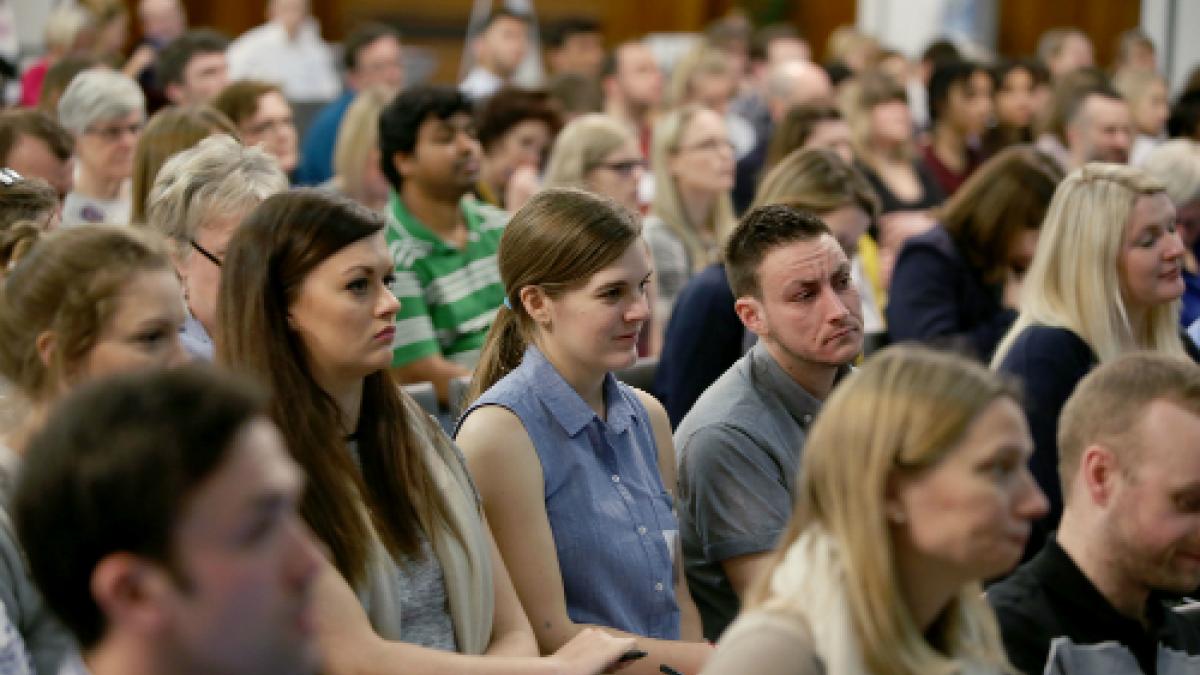 The pros and cons of a 'Physiotherapy Day' debated today at ARC in Manchester. Photo: Lorne Campbell/Guzelain

Delegates voted by 77 votes to 75 in favour of a motion calling on the CSP to organise an annual 'day' from this year onwards.Their recommendation will be forwarded to Council for its view.

The vote in favour was despite a cautionary note from CSP treasurer Sue England who warned that the society would have to 'drop something else if we were to do this properly.'

The motion said the profession faced numerous challenges, such as recruitment and retention problems, a dearth of university places, and a general lack of public understanding about the role of physiotherapy. In response, it would be 'hugely beneficial' to promote the 'crucial contribution' the profession makes with a 'Physiotherapy Day.'

Speakers against included Mike Smith, of North East Stewards, who said it was the responsibility of all physios, not just the CSP,  to 'promote and shout about our profession'.

He referred to the annual World Physical Therapy Day while the CSP organises the Workout at Work and Older People’s Days which successfully promote the profession.

And Joshua Asquith, a student rep from the North East (England), said: 'It would be cheaper and more effective for every physio to promote the profession to one person every day. I don't think spending our resources would be that practical.'

But speaking in favour, John Harrison, a student at Manchester Metropolitan University, said: 'I was giving a talk at a local secondary school and only one pupil put their hand up to say they knew what a physio was, asking 'is it like a doctor, but for a footballer"?'

Seconding the motion, Helen FitzGerald, of Scottish stewards and safety reps, said it was time for a 'reality check', when questioned about the need for another 'day.'

One of the 'biggest revelations' in 10 years of being a steward was the realisation that 'other professions and managers do not always understand what we do or appreciate our impact.

'We are increasingly being labelled under the allied health professional (AHP) umbrella, which risks (us) losing our unique voice,' she said.