Delegates rejected a suggestion that the CSP should extol the benefits of physical activity by placing advertisements in GP surgeries. 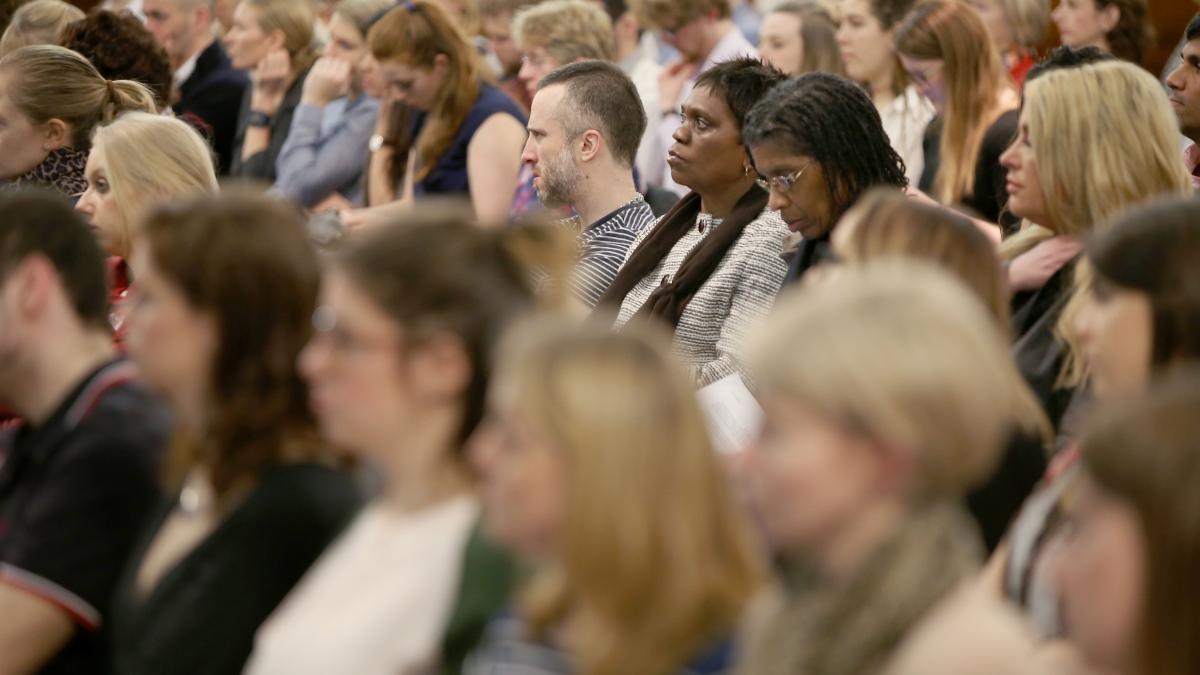 The idea was proposed by physiotherapy student Mobeen Janjua, on behalf of the student executive committee.

He pointed to evidence collected by clinical commissioning groups during 2013-14 and published by Public Health England. This suggested that physical inactivity cost the NHS ‘a staggering’ £455 million a year.

‘The CSP has carried out some fantastic work with the Workout at Work campaign, tackling physical inactivity in the workplace.

‘But there are currently over eight million people who are either not working, not seeking work or are unable to work – so how do we reach out to them and educate and empower them to stay healthy?

‘Well, the good news is we have 38 million people visiting surgeries, pharmacies and A&E rooms across Britain every year – and they are captive there for 10 to 20 minutes or more,’ Mr Janjua said.

He urged the CSP to produce a digital and printable advertisement, which could be displayed on television screens and walls in waiting rooms.

Elizabeth Tighe, representing West Midlands stewards and safety reps, opposed the motion. ‘There are already lots of health promotion schemes out there, such as Change4Life, which connect with people, via TV, radio and leaflets,’ she said.

‘And my GP has a TV that has flashing images about exercise and movement, so what would we be adding?’