Physio takes on Himalayan trek to raise £100,000 and increase autism awareness in Nepal

A physiotherapist is making an epic journey across the Himalayas to raise awareness about autism and support affected children in the UK and Nepal. 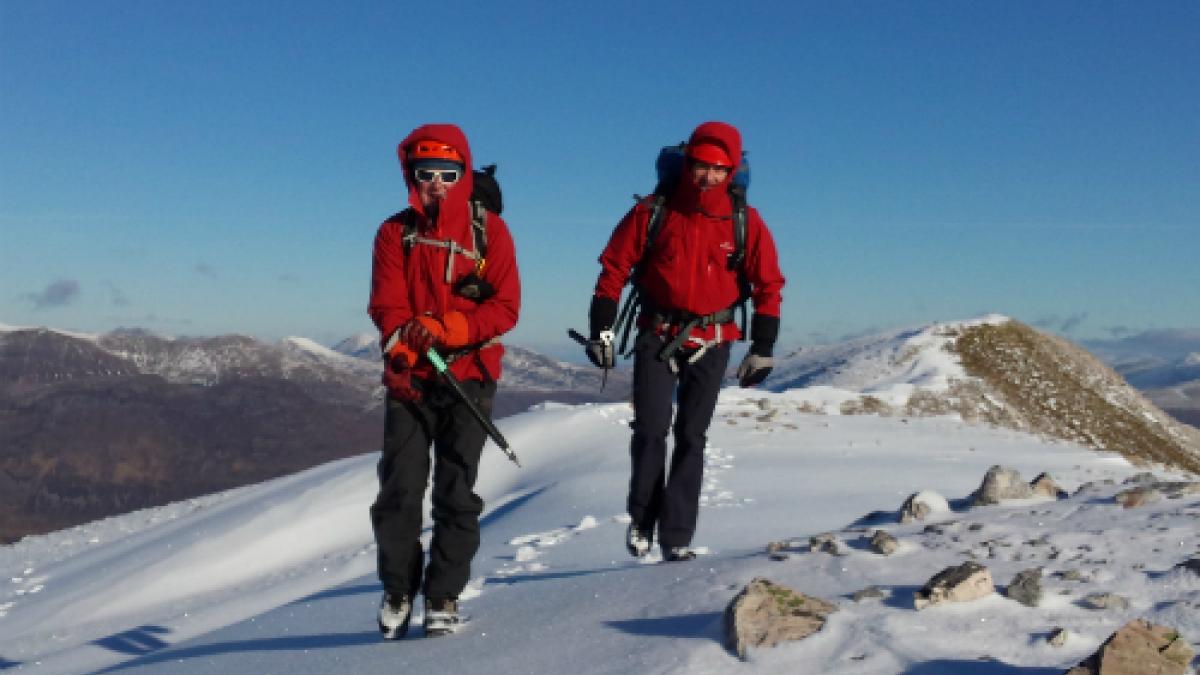 Alex Conty (right) training in the Scottish Highlands with a friend

Alex Conty, a London-based private physio, hopes to raise £100,000 for autism charities by walking the length of the Great Himalayan Trail, a 1,700 kilometres-long path that crosses the mountains from east to west Nepal.

The route will take at least 120 days to complete and is one of the longest, highest and most challenging trails in the world. It runs beside eight of the world’s tallest peaks, including Everest, and includes passes that are more than 6,000 metres high.

Mr Conty told Frontline: ‘I have friends who have autistic children and I’ve helped look after them many times.

‘I know first hand the positive difference it makes when children with autism are supported by professionals and have parents who fully understand the condition.’

One of the organisations he aims to support is charity the Autism Care Nepal Society (ACNS). It estimates there up to 300,000 people affected by autism in Nepal, but says the condition remains largely unrecognised in the country.

During his journey Mr Conty hopes to help tackle this problem by educating people he meets along the way about how to recognise signs of autism. He will be carrying leaflets and information about autism for the healthcare professionals, schoolteachers and community leaders he might meet.

‘I hope to reach the most remote communities where traditional medicine and centuries-old traditions are still common practice, and where autism is still unknown,’ he said.

‘Also, I hope to facilitate the diagnosis of children affected by this condition, raise awareness of autism, and help the Autism Care Nepal Society build a much-needed school for autistic children.’

A hard and lonely challenge

To prepare, Mr Conty went climbing, abseiling and trekking in the Scottish Highlands.

'I think the most challenging aspect is probably going to be the length of the trip, as it may be hard and lonely at times,’ he said.

‘When I start it will be winter in Nepal so there may be lots of snow, which will make route and track finding very difficult. For the first 40 days I will probably have a guide, but after that I’ll be alone.

‘It’s likely I will go six or seven days at a time without seeing anyone or coming across any villages, so finding food may be tricky at times and I will have to carry all the supplies that I need.’

Mr Conty begins his journey at Kanchenjuga base camp, on Nepal’s eastern border, on 15 March and will end in the village of Hilsa, on the western border, in July.

Donations will help to support ACNS in Nepal and UK-based charity Resources for Autism.