A private physiotherapist’s talk aimed at promoting his business has taken an unexpected twist. He’s ended up treating a man running the length of Britain – with no shoes on. 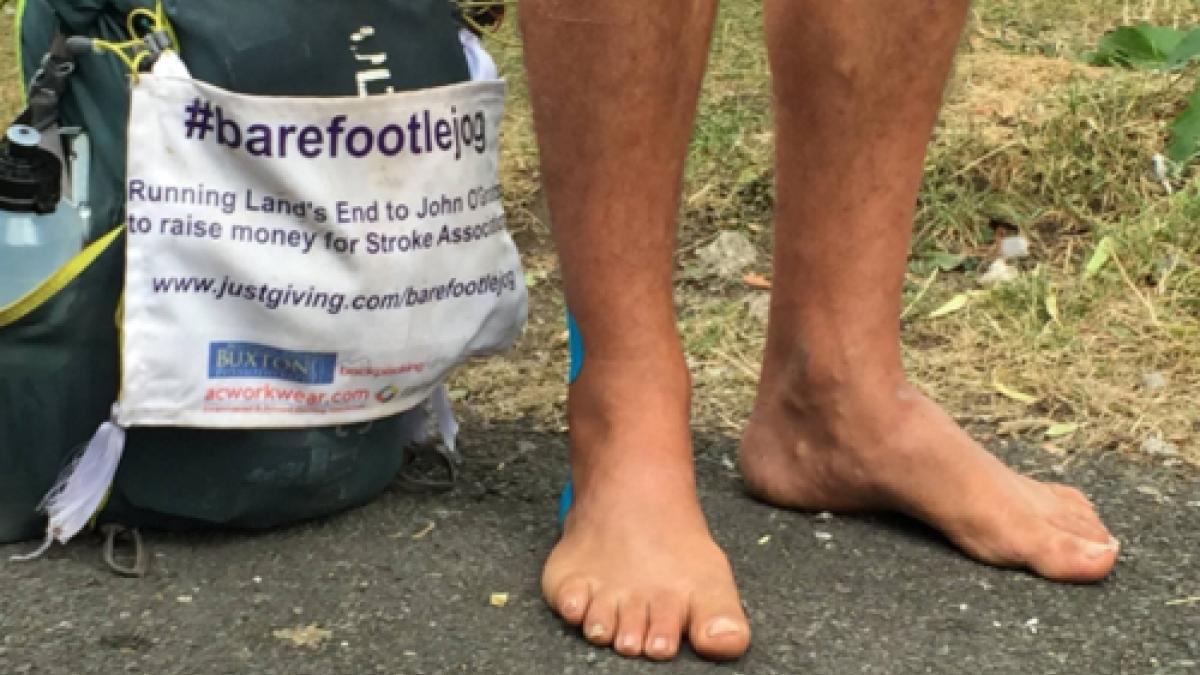 Physio Nick Allen gave a talk on running in his home town, Buxton in Derbyshire, when a man ‘with no shoes on and a funny hat’, turned up and asked Mr Allen for advice before his planned 1,200 mile run from Land’s End to John O’Groats.
Mr Allen, who regularly works with runners, agreed to help school teacher Aleks Kashefi, an experienced barefoot runner, on a pro bono basis.
Mr Kashefi took up his ultra ultra marathon challenge to raise money for the Stroke Association after his grandfather died following multiple strokes. 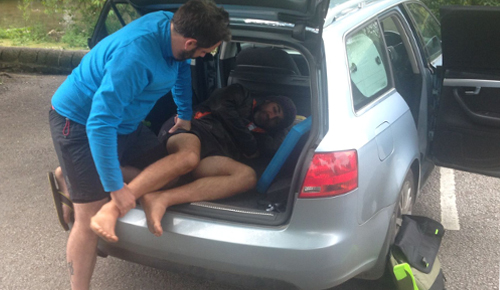 Nick Allen treats Aleks Kashefi after 500 miles of running
He is running the off-road route with no support, so he will carry everything he needs during the six weeks or so the run will take.
Mr Allen started work with Mr Kashefi before the run began, assessing his biomechanics, finding energy leaks in his running style, and looking at foot strike and maintenance of his feet.
‘We also taught him one or two self-help tricks, like using a water bottle instead of a foam roller,’ Mr Allen said.
Since the start of Mr Kashefi’s epic journey, Mr Allen has spoken with him on the phone every couple of days, and they have exchanged pictures and videos. And Mr Allen has travelled to meet him a few times to check him over and provide some strapping.
Mr Kashefi has run up to 45 miles each day, and the sheer mileage is now beginning to take its toll. But Mr Allen said if he follows what is effectively a very long warm-down by continuing to run once he’s got to John O’Groats he shouldn’t experience any long-term damage.
‘I’m sure he’ll recover fine, and he’ll probably be off doing something similar soon,’ he said.