A physiotherapist has played a vital role in a pioneering expedition to Everest, which has successfully collected data that could help people with dementia and cognitive impairments. 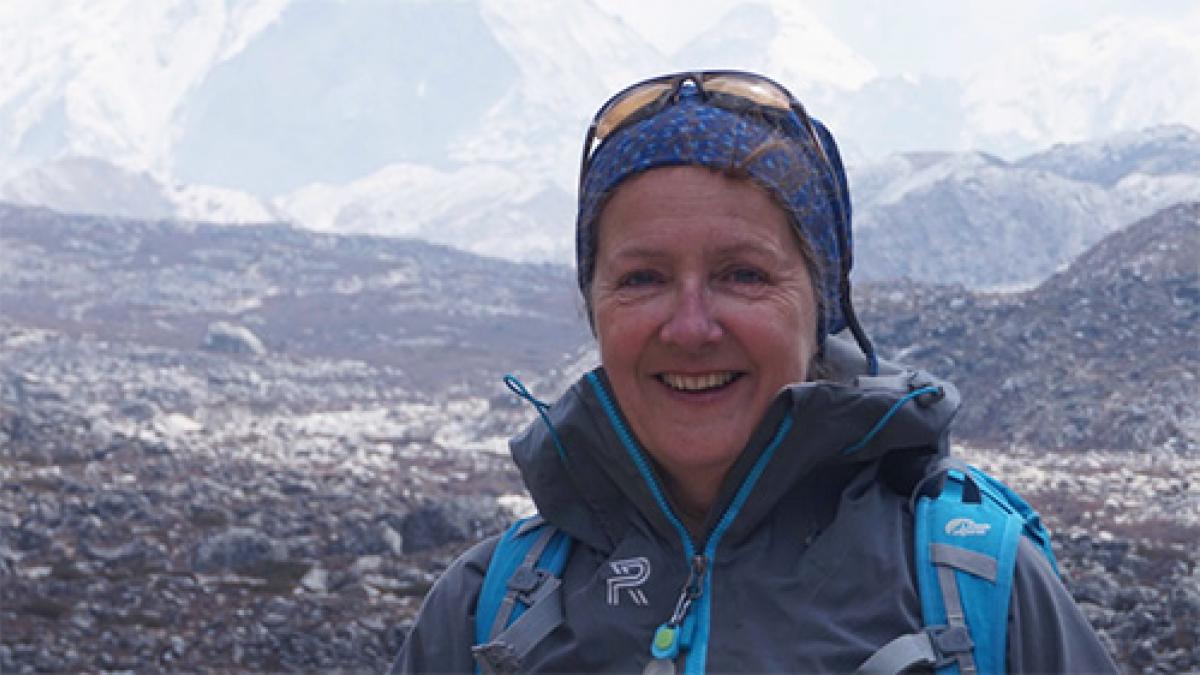 Nicola Phillips, professor of physiotherapy at Cardiff University, was the performance director for Project Everest Cynllun, a research project that aimed to examine the effects of extreme altitude on the body and mind.

Her role saw her supporting former Welsh rugby player Richard Parks as he attempted to climb the world’s highest mountain without supplemental oxygen.

Professor Phillips told Frontline: ‘I’ve supported Richard with various challenges over the years and I’ve known him since his international rugby playing days.

‘During this project I was there to provide physiotherapy and manage performance-related issues, but my role also had a psychological element. I acted as a buffer between the hard science that was going on and managing him as a high performance athlete.’

Under her guidance Mr Parks trained for more than 18 months to prepare for the challenge, as she explained: ‘We had to do a needs analysis, in terms of muscle groups, the type of strength that he would need and obviously a significant amount of endurance training.’

Professor Phillips organised a training and preparation programme that focused on three key phases: a strength phase, a conversion phase [converting strength into muscular endurance and power] and a cardiovascular phase.

‘Each stage lasted for six weeks to a couple of months, then we would change the phase from different types of strengthening to more of an endurance element,’ she said.

Due to the unique aims of the expedition Professor Phillips devised a training schedule that would simultaneously increase Mr Parks’ strength and allow him to minimise his energy and oxygen expenditure during the climb.

‘Typically to make someone strong you make them bigger and heavier – but we didn’t want him to have more body mass to carry up the mountain,’ she said. 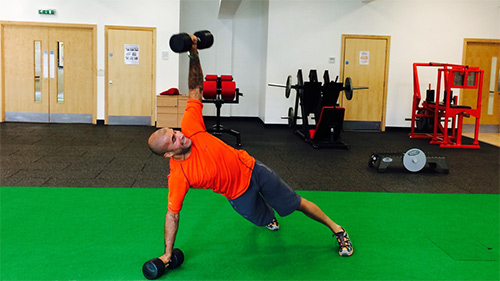 Richard Parks works on maximising strength ahead of the expedition

‘So we put a programme together that worked on maximising strength, but with very long rest periods so that he didn’t hypertrophy. This meant his muscles didn’t get bigger, but they did get stronger.

‘We also did some respiratory muscle training, with the thinking that if he could breathe in more airthen it would also make him more efficient.’

As well as overseeing his preparatory training Professor Philipps also accompanied Mr Parks during the first stage of the expedition, travelling with him to the Himalayas in late March.

‘We flew in to Lukla airport, which is probably one of the scariest airports in the world as you are flying in through the mountains,’ she said.

‘And then we walked from Lukla for about three weeks to get to Everest –the only way to reach the Nepalese base camp – and he climbed a few other peaks on the way to help him acclimatise.

Professor Phillips had to acclimatise in the same way as Mr Parks, because her role saw her stationed 5,364 metres above sea level at Everest’s south base camp.

‘I lost over a stone in weight, just from being at altitude and the amount of walking that we did – it was like a boot camp.’

Following an acclimatisation period Mr Parks began his ascent of the 8,850 foot mountain on 23 April.

The rigorous strength-training programme paid off, Professor Phillips said, as it meant Mr Parks was able to climb faster and with relatively little effort while using vertical ladders and Jumar ascenders, mechanical devices used for ascending on a rope.

‘He also found that he could recover quickly on the more level areas in between so that he was ready for the next vertical ascent,’ she said.

‘Having a good core helped him on trickier areas where he had to stretch out for footing on unstable surfaces, while carrying a heavy backpack.’

Mr Parks had previously climbed to the summit of Everest in 2011, but this time he reported feeling ‘much stronger and much lighter’ due to the fitness training Professor Phillips had planned.

‘He was so well conditioned that I didn’t have to do any actual hands-on physio for him as we were going up the mountain, which was fantastic. That is what we aim for as physios: to get people to be able to perform and not get injured.’ 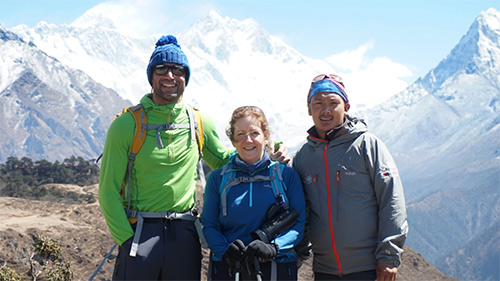 The team behind the project had aimed to collect a blood sample and muscle biopsy from Mr Parks when he reached the summit of Mount Everest, as this type of data has never been obtained in such a low oxygen environment.

But, unfortunately, the climb was called off on 6 May due to‘medical complications’ which Mr Parks developed.

‘He had got to just under 7,000 metres with no problems when we had to call him back,’ Professor Phillips explained.

This was because blood tests revealed he had exceptionally high levels of haemoglobin, which resulted in a high haematocrit level – meaning his blood was very thick and sticky.

‘It was a difficult decision for him because he felt fantastic, had no symptoms and said he was in the best shape of his life,’ said Professor Phillips.

‘But once we knew the test results we couldn’t ethically support him to go back up the mountain because it may have put his heart under stress.

‘What we don’t know – because no one else has ever measured it – is if other top-level mountaineers might have had similar haemoglobin levels in that environment. As it may be a physical adaptation [that allows the body to carry more oxygen in the blood at high altitudes] which sets them and Richard apart and makes them really good at what they do.’

As a result, Professor Phillips said the mountaineering community was keen to learn more about the expedition results, because it could lead to research into whether successful high altitude mountaineers exhibit physiological differences from the norm.

Despite not reaching the summit, a number of unique physiological and psychological samples were successfully collected, including high altitude cognitive assessments and blood and tissue samples, and the project’s team believe the data could be ‘ground-breaking’.

The data will be analysed by Professor Damian Bailey, a physiologist and altitude expert at the University of South Wales, and will inform research into the link between low blood oxygen levels in the brain and cognitive decline, dementia and human resilience.

Professor Phillips said the results could help to provide an understanding of how acclimatisation to low oxygen levels and exercise can improve blood flow to the brain and offset impaired cognition.

Mount Everest is 8,850 metres above sea level and in 2015 more than 20 people died attempting to reach its summit. During just one week in May this year the harsh conditions on the mountain claimed five lives.

Traditionally climbers use supplemental oxygen above 7,300 metres, as the body becomes catabolic at levels above 8,000 metres and loses its ability to regenerate at a cellular level. This is known as ‘The Death Zone’.