The conference drew to a rather quirky close with physio-cum-stand-up comic Elaine Miller, who's made her name on the comedy circuit talking about the unlikely subject of female incontinence. 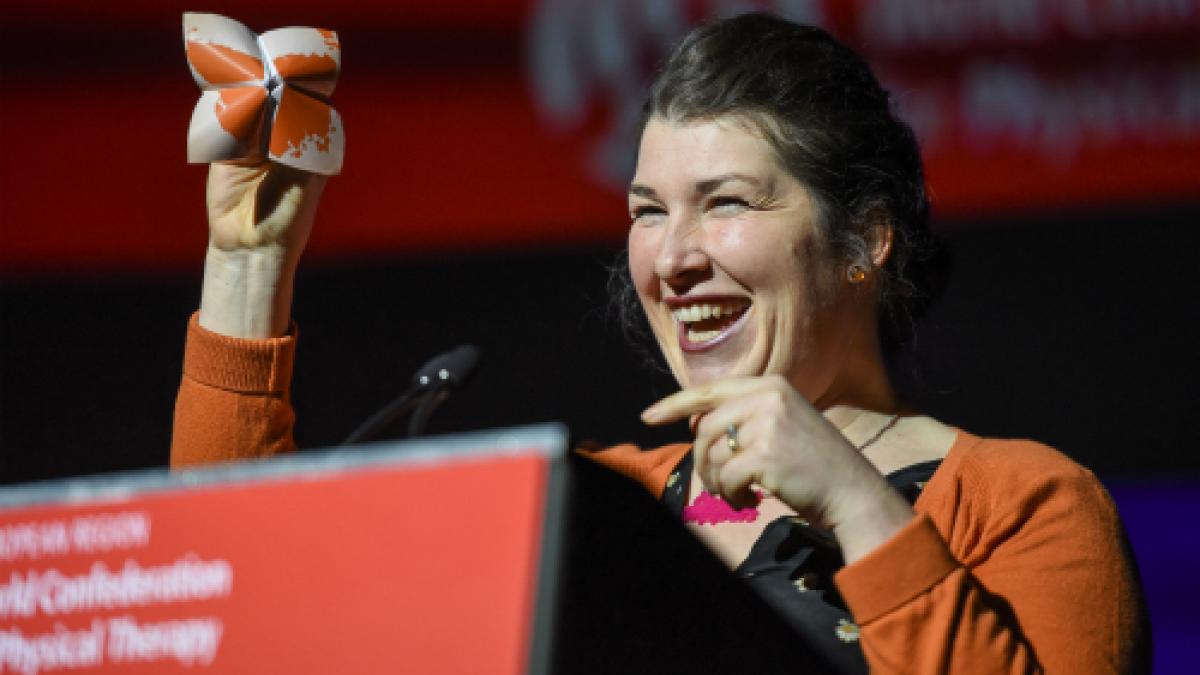 Humour, as everyone knows, is a very personal issue. But not as much as incontinence. Yet Elaine, aka Gusset Grippers, managed to turn this very serious subject into comedy. She highlighted a huge issue for many women (and some men) breaking many taboos in the processes.

Delegates had all been given a cut-out-and-keep origami style flyer which, when, folded 'looks remarkably like a vulva, wouldn't you say?' she asked. Orgasms, and confessions of wetting herself accidentally in a Zumba class, were all part of her presentation, where she raised the cost to society of incontinence.

'Is it possible to be professional and funny?' she asked. Yes, if it raised awareness of a problem, she said, citing an Australian study into the cost of incontinence. This put it as high as £25.5bn a year, when you take account of the social costs - including welfare payments when couples divorced because their sex lives are marred by incontinence.

Yet many physios don't ask their patients whether continence might stop them exercising, for example.

'You can't expect physios to open that can of worms when they've not been trained to treat it,' she said.

And had anyone asked the elderly woman, who had fallen in the bathroom and broken her hip, whether she rushed to the loo several times in the middle of the night because she was prone to 'leaking'?

To close her 'show' Elaine asked delegates to give a large, heartfelt belly laugh, then turn to their neighbour, put their hands on each other's shoulder, and laugh out loud, in an act of mass yogic laughter.

Which - judging from the positive audience response - all goes to show that actual laughter, if not a shared sense of humour, crosses all European boundaries.