ER-WCPT: Physios should give patients a voice and listen to their stories

Physiotherapists should be listening to patients’ stories and working with them to improve research, education and clinical practice. 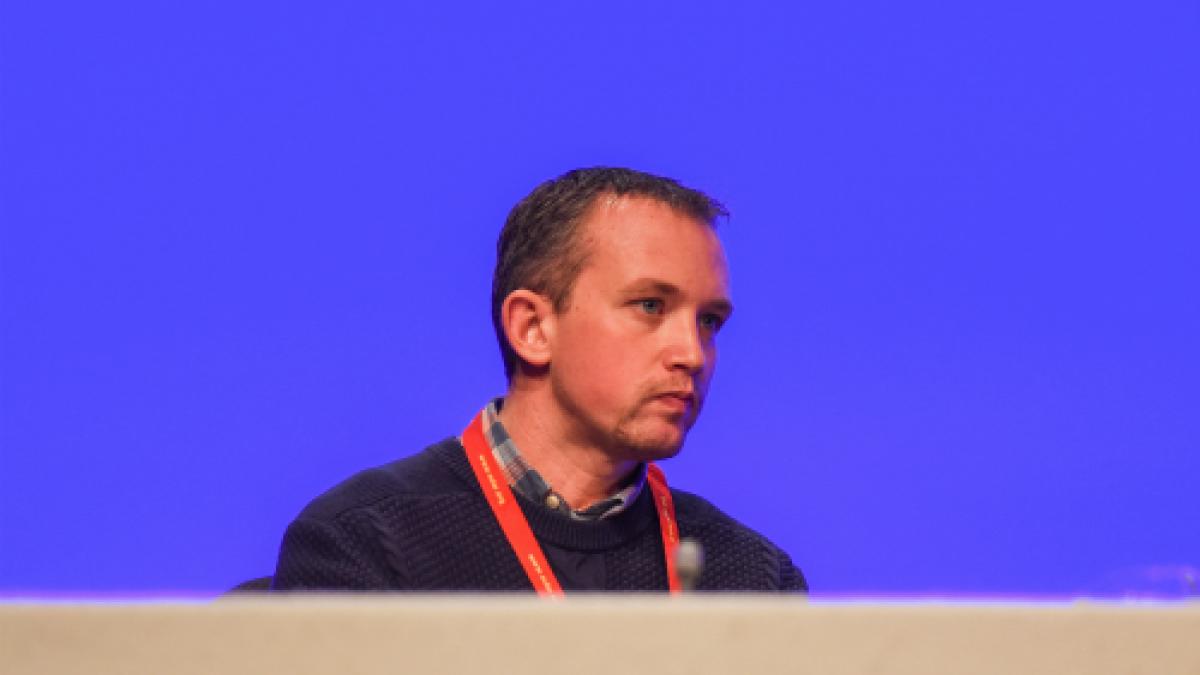 Jonathan Harvey, a research fellow at the University of Southampton. Photo: Darren O’Brien/Guzelian

This was one of the ideas debated during an ER-WCPT conference discussion panel about how physical therapists can make better use of patients’ views and experiences.

Jonathan Harvey, a research fellow at the University of Southampton, suggested that physiotherapists could benefit from the insights provided by patients’ accounts.

He told delegates that he viewed patients' stories from various perspectives because he had been a physio student, a researcher and a patient, following a brain injury sustained in 2003.

‘I think it’s important that we use a multitude of different opinions to improve the quality of services,’ he said.

'The patient voice offers an alternative and important perspective on physiotherapy provision. It offers a perspective which encourages the clinician to evaluate their practice and imagine how things could be otherwise.’

Mr Harvey also argued for a social-scientific approach in healthcare provision, which would require clinicians to step back, be reflective and question taken for granted truths.

‘In order for the profession to progress we need to look back at our practice and ask questions, like what are we aiming for?...What is “normal”? …And is there an end point to rehab?'

Denis Martin, professor of rehabilitation at the health and social care institute at Teesside University, spoke about his work with patients living with chronic pain.

He told delegates: ‘Living with pain is a really complex and personal experience, and everyone has their own story to tell that goes well beyond a number from 0-10.

‘But the personal story is often unheard for many reasons, such as a reluctance to divulge or an inability to articulate….And even when the story is told, often the audience is unreceptive.’

As a result Professor Martin and his colleagues are developing ways of telling patient stories in inventive ways.

One completed project is a comic that aims to help children understand the experiences of an older person living with chronic pain.

‘What’s Up with Moira’s Grandad’ was inspired by feedback collected from older people living with pain, which revealed the difficulties of raising awareness about chronic pain with grandchildren or young relatives.

Professor Martin explained that the comic was produced in collaboration with Medikidz, a company that puts medical information into a format that is appealing and easily understood by children.

'We gave them the script and all the information, which was based on what we’d leant from older people, and they used superheroes to tell the story of chronic pain and its impact on people’s lives,’ he said.

Krysia Dziedzic, a professor of musculoskeletal therapy at Keele University, argued that researchers should value the views and personal experiences of patients.

She told delegates about her work at the Arthritis Research UK Primary Care Centre, which actively involves patients in all aspects of its research.

‘Our strategy has put the patient at the heart of every stage of the research cycle from identifying priorities through to implementation of research findings,’ she said.

‘We have a Patient and Public Involvement and Engagement (PPIE) team that had been involved in research for 10 years, and an active Research User Group (RUG) made up of people with experience of long-term conditions.’

Professor Dziedzic added that research produced by a PPIE team was more likely to be of value to patients, and explained that the centre’s RUG members

Harriet Cooper, a researcher into rights-based rehabilitation at the University of East Anglia, told delegates that services and clinicians could benefit from listening to patients and gaining an interdisciplinary perspective.

‘Being an outsider means you are able to ask obvious or “stupid” questions that can bring up interesting themes and you can interrogate policies and practices that are taken for granted,’ she said.