Physical therapists will increasingly need to tackle the ‘complex phenomenon’ of frailty, according to the work of leading researchers from across Europe. 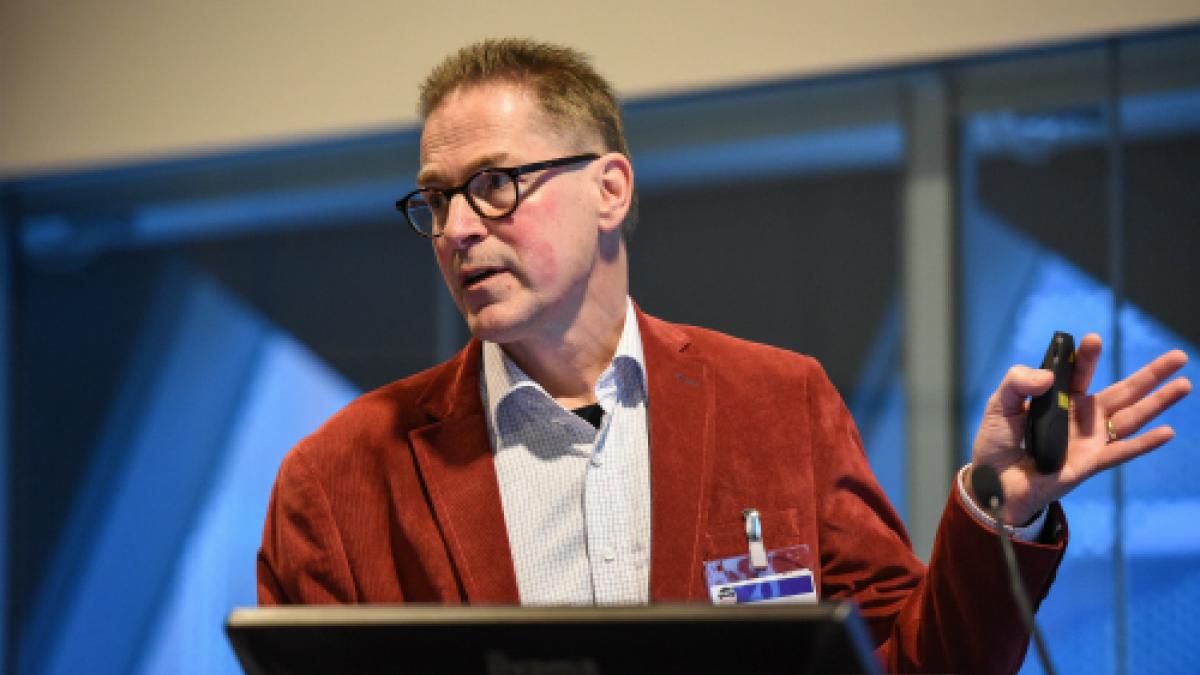 This was the issue discussed during a session led by Hans Hobbelen, a professor in healthy lifestyle, ageing and health care at Hanze University of Applied Sciences in the Netherlands.

Professor Hobbelen told conference: ‘As we all know we have a growing population in Europe, but the growth is mainly in older people.’

He explained that a 2015 European Commission ageing report showed that 17 per cent of people in Europe were currently over 65 year old, and these figures were expected to increase – with some regions reaching levels as high as 40 or 50 per cent.

‘We can prevent some damage to our bodies with a healthy lifestyle and healthy nutrition, but cellular defects lead to an increase of inflammation and this accelerates the ageing process,’ said Professor Hobbelen.

‘However, this is where you, as physiotherapists, have the golden bullet – as exercise and movement are anti-inflammatory!’

Ivan Bautmans, a professor at Vrije Universiteit Brussel in Belgium, backed up this view when he spoke about his research into resistance training to counter frailty and sarcopenia [an age-related decrease in muscle mass and an associated loss in muscle strength].

‘Initially it was definedsimply as reflecting biological ageing but actually sarcopenia occurs in every individual, starting at a young adult age, and we now know the severity of sarcopenia can vary and that inflammation is an important factor in instigating it.’

Studies show that strengthening exercises in older adults could help counter frailty and sarcopenia, delegates heard, but the effectiveness of exercise is ‘very dose dependent’.

Data from a randomised intervention compared three groups of patients over 12 weeks. One group took part in high resistance training, one participated in low resistant but high repetition training and the final group undertook training that combined both types of resistance training.

‘The best effects were obtained in the high group, and then the hybrid group. But the low group – even thought they were performing 80-100 repetitions – failed to get similar improvements as those seen with the high resistance training,’ Professor Bautmans said.

He added that many physical therapists were afraid to use high resistance exercise with their older patients, but his research indicates that when feasible older people can benefit from exercises that fatigue their muscles.

‘If your patient doesn’t feel tired or feel any fatigue in their muscles after your session, then you should consider intensifying the exercise.

‘And if you want to train a patient at a lower weight then you need to significantly increase the number of repetitions, so you can try to obtain a similar fatigue to that from high resistance training.’