Increased levels of discrimination when individuals have more than one protected characteristic such as race, disability or LGBT identity were discussed at a meeting of CSP’s diversity networks on 16 November. 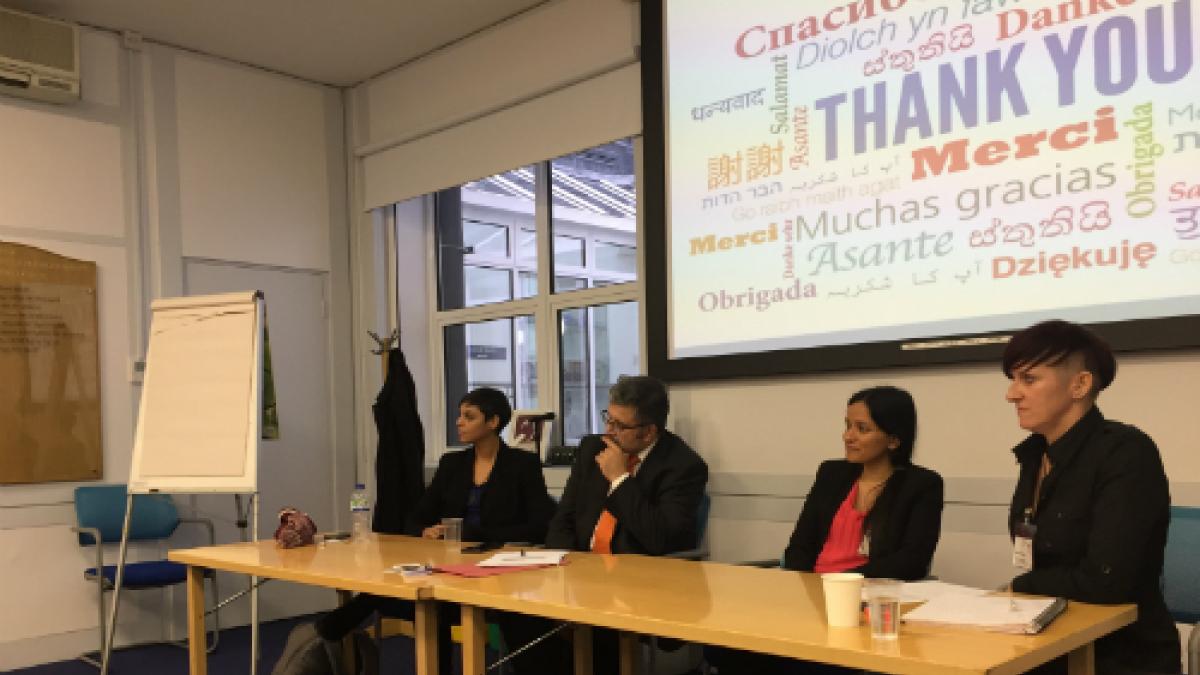 The event in London, where members from the society’s black minority ethnic (BME), lesbian, gay, bisexual and transgender (LGBT) and disabled member networks came together, debated the importance of recognising and supporting people considering the impact of with multiple identities.

Rachael Machin, who convenes the LGBT network and is vice-chair of the CSP equality and diversity group, opened the day, saying: ‘As physios and support staff we’re used to looking at patients holistically rather than as a single diagnosis.

‘In reality, of course, people are more complex and can have multiple protected characteristics. We know that discrimination such as racism, ageism, sexism and homophobia don’t act independently of each other and often combine to cause significant disadvantage.’

Another speaker, Jabir Butt, deputy chief executive of the Race Equality Foundation, told delegates about his organisation’s study into ‘minorities within minorities’ and their access to support.

Participants in the project included BME, LGBT and sexual health organisations, as well as faith-based groups and those working with refugees and asylum seekers.

It included research into the health and wellbeing of black and minority ethnic men who have sex with men (MSM). Mr Butt explained that the foundation had adopted the term MSM because it wanted to focus on behaviour, rather than using ‘labels’, such as gay or bisexual.

He said: ‘The findings revealed that there is clear evidence of higher rates of anxiety, depression and substance abuse among BME MSM, as well as evidence of negative impacts on physical health.’

But he also flagged up a lack of research about people with multiple minority identities, including in the health service: ‘The NHS staff survey records ethnicity and sexuality, but none of the analysis marries it together.

‘So you can’t find out if BME gay men are having a poorer experience than their white counterparts. We need to improve evidence collection about minorities within minorities.’

Kamla Uppiah, an LGBT activist and author of the Ask Me I’m Bipolar blog, spoke about her dual mission to break down the stigma surrounding mental health problems, and raise awareness of the ability to live well with bipolar disorder.

‘When I was diagnosed with bipolar all the information out there seemed to be saying “You can’t have a career, you can’t have a relationship and you’ll be too volatile to do this or do that”, which was all a bit depressing,’ she said.

‘So I started a blog to tell people that’s not the case and there are ways of coping with the condition.’

Ms Uppiah gave examples of how bipolar disorder affects her everyday life and explained how she plans daily routines well in advance, adjusts her timetable to minimise the sedative effects of medication and has found strategies to overcome anxiety and control issues.

She viewed her condition ‘like a superpower’, because it allowed her to have a different perspective from others.

Suni Naranyan, a senior physiotherapist and head of equality, diversity and inclusion at University Hospital Southampton, spoke about what physio staff could be bring about the equality.

‘It’s not about treating people equally – it’s about making sure everyone has equal opportunities,’ she said.

‘Every interaction that you have with colleagues or a patient is relevant. It’s about valuing the lived experiences of people and their unique perspectives.’

Ms Naranyan called on healthcare organisations to implement an equality, diversity and inclusion action plan. She said this should aim to recognise and tackle discriminatory behaviour, and provide advice and support for people who experience discrimination.