Social media provides an opportunity to debate, influence and share good practice – but physiotherapists need to be wary of crossing professional boundaries. 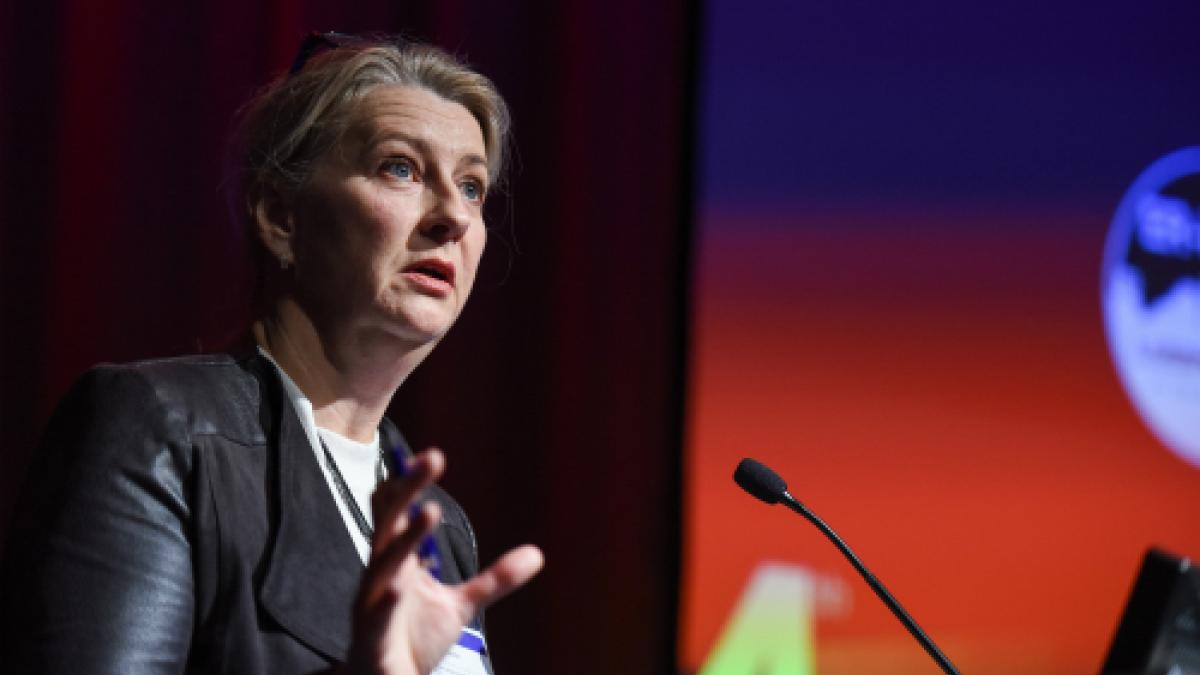 This was one of the messages during a session at this year’s ER-WCPT conference, where a panel of speakers discussed the power – and potential pitfalls – of social media platforms such as Twitter and Facebook.

Among the speakers on the panel was Unnur Pétursdóttir, president of the Icelandic Physiotherapy Association.

She advised delegates to consider their intended audience on social media and be mindful of the impact their posts could have on people.

‘We have to think about ethics on social media,’ Ms Pétursdóttir said.

‘In smaller communities the lines can become blurred. But as a general rule I suggest that you do not become friends with patients, as you need to maintain a professional relationship.

‘Remember that you must never post anything about a patient or their condition, or photos of them – unless you are sure of full and certain acceptance and have their written consent…. And if you wouldn’t say it to somebody face to face then don’t post it on social media.’

Meanwhile Mark Merolli, the founder and director of Australian based company ILLOREM, told delegates: ‘In recent times physiotherapists have begun to recognise that these tools are much more than something to kill time or simply a marketing fad.

‘They are starting to see the potential of social media for networking and professional profile building.’

As an example, he explained how the WCPT network’s hashtag #GlobalPT had spread and been shared many times on Twitter, following its launch a few years ago.

‘Social media has engrained itself into the fabric of the health industry, and the evidence base for social media related health research on PubMed has been almost doubling year-on-year for the last few years,’ said Mr Merolli.

‘So it’s time for us to take notice and understand the way digital technologies are shaping healthcare and can benefit and help future proof the profession.’

Simon Crompton, a health journalist and communications consultant, suggested that healthcare professionals who hope to use social media for professional purposes should: ‘Ask yourself what you are trying to achieve.’

He cited the recent “Hello my name is…” Twitter campaign as an example of the successful use of social media. Kate Granger, a doctor and terminally ill cancer patient who died in July this year, set up the campaign in 2013.

While being treated Dr Granger noted that many clinicians failed to tell patients their names, which meant that medical information was often communicatedin an impersonal way.

As a result she launched a social media campaign to encourage health care professionals to introduce themselves and tell patients their name.

‘The campaign went crazy and has succeeded in bringing about cultural change,’ said Mr Crompton.

‘After three years she had gained one billion impressions on Twitter and gathered 48,000 followers.’

A few key elements had contributed to the campaign’s success, Mr Crompton explained. These included that Dr Granger had