A therapy team in Southampton has won a Hospital Heroes runner-up award for successfully integrating a physiotherapist’s guide dog into its services. 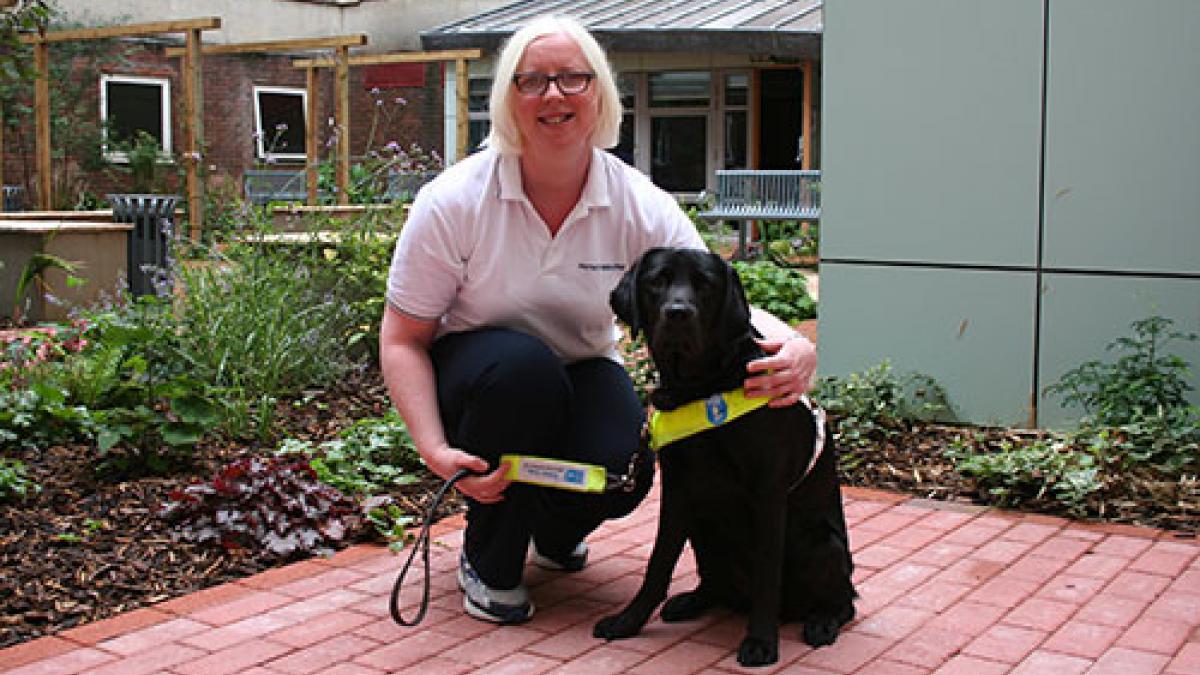 The team was recognised in the equality, diversity and inclusivity category of the staff awards at University Hospital Southampton NHS Trust.

Ms Pike, who is visually impaireddue to the genetic condition occulocutaneous albinism, said: ‘I’ve been at the trust since 2007 so at work I’d developed coping strategies. But many people didn’t realise how limited my life was.’

In 2014 she contacted the UK charity Guide Dogs and went through assessments before being put on a waiting list for a guide dog.

After being matched with Fable, a two-year old labrador, she took time off to train with him and returned to work four weeks later.

‘My manager and my colleagues have been amazing and I’m really grateful to work in an organisation that supports people with disabilities,’ she said.

‘A big hospital is a hard place for Fable to work because it’s a busy place with people, beds and trollies everywhere. But she’s settled in really well and the team seem to like having her here.’

Fable accompanies Ms Pike on ward visits, to meetings and appears to stimulate networking opportunities: ‘More people talk to me now than ever before’.

A better quality of life

Before having a guide dog Ms Pike said she rarely made new journeys or visited new places on her own.

‘I had a good social life, friends, family and hobbies, but a lot of planning went into everything and I relied on other people a lot,’ she said.

‘The only place I used to walk was from home to the gym, which took about 20 minutes, and I used to get Access to Work taxis to and from work every day.’

Now Ms Pike walks to work and no longer needs to use the gym: ‘I walk about six km a day, as it’s about an hour’s walk to work, and being active and outside more has made such a difference to my quality of life.’

In addition Ms Pike has arranged to take part in a sponsored tandem ride from 14-16 July, which aims to raise £1,000 for Guide Dogs.

‘We are riding 85 miles around Hampshire and the New Forest area to mark the organisation’s 85 year anniversary,’ she said.