A physiotherapy student who appeared on a dance-themed TV dating show is backing CSP’s call for people to take part in activities they love.

Rayna Smith, a first-year physio student at the University of Winchester, featured in the final episode of Flirty Dancing, which aired on Channel 4 last week, and she advocates dancing as a great way to get active.

‘I’ve always been really active and energetic and I used to do gymnastics and trampolining, before I moved on to dance,’ she said.

‘But I hate going to the gym or doing anything that is strictly about exercise or “working out” just because you should, and that’s why I love the Love activity, Hate exercise? campaign.

‘I’d much rather take a dance class as it's active and great for fitness, but it also doesn’t feel like you’re exercising as you’re learning a routine, picking up the choreography and having great fun. So love activity, hate exercise is definitely one of my mottos!’

Flirty Dancing sees choreographer Ashley Banjo teaching two single people a dance routine in separate training sessions. The pair then meet for the first time and, without ever exchanging any words, perform the dance as a couple – before deciding if they’d like to meet again.

Ms Smith, who works part-time as a professional dancer and choreographer, became involved after the show’s producers invited her to audition for the series.

‘I have a lots of dance videos online and I received a direct message from them on my Instagram, saying they thought I’d be a good fit for the show as I was single at the time, and also a dancer,’ she said. 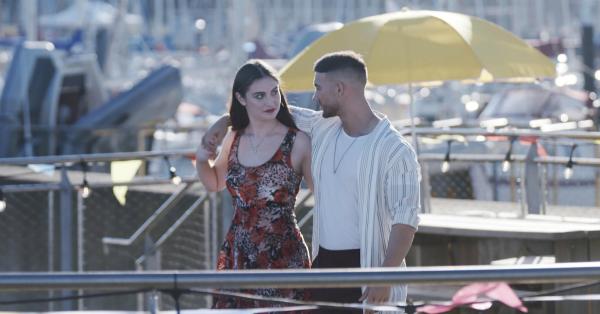 Filming took place during summer last year, in both London and Portsmouth, and Ms Smith described the two-week shoot as ‘very full on’.

‘There were three off camera rehearsal sessions and one on camera, but a lot of the work took place behind the scenes.’

With her prior dance experience, Ms Smith had no problem learning the routines or being filmed while dancing, as she has previously performed in music videos, many of which appear on GRM Daily, the most visited urban music website in the UK.

‘I specialise in street dancing and hip-hop and I recently featured as a dancer in a video for Dainá, who is a big YouTube sensation, and I’ve also choreographed her next video release,’ she explained.

Dancing on the show may not have presented much of a challenge, but Ms Smith said her previous work experience as a physiotherapy assistant did help her cope with certain aspects of the filming. In particular, during the final sequence when she met and danced with her on-screen partner for the first time – without even speaking to him beforehand.

‘I felt fine about it, partly because of the work I’ve done in hospitals, where you get used to quickly becoming comfortable with complete strangers.

‘You have to be confident and show patients they can trust you, so in a sense I brought that skill into the final dance and was able to feel comfortable in that situation.’

Inspired to become a physio

Ms Smith first learnt about physiotherapy after she was involved in a car accident on her 13th birthday.

‘A lot of people in the car were injured, and we required physiotherapy for whiplash and other things,’ she said.

‘As a result, I always had in the back of my mind that I would like to be a physiotherapist.’

After gaining a BTEC in Sports and Exercise Science at college, she completed an access course and worked as a physiotherapy assistant for over two years, starting at Pear Tree House Rehabilitation, a neurological brain injury unit in Southampton.

‘The lead physios there were Lucie Myall, who recently featured in Frontline for her support of people with disabilities in Kenya, and Rakhee Jethwa and they taught me loads and were very inspirational.

‘Then I applied to work at Queen Alexandra Hospital in Portsmouth, as I wanted to gain some NHS experience, and I worked on medical wards with respiratory patients.

‘After that, I was sure physiotherapy was the career for me so I applied to the University of Winchester, and I’m now part of their first cohort of physiotherapy students.’ 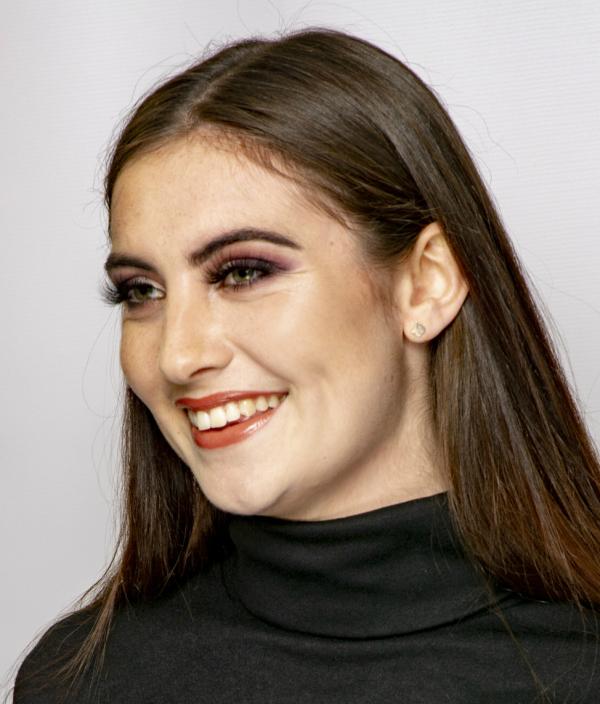 As well as helping to keep people active, Ms Smith believes dancing is a great way to meet people, either socially or romantically.

‘My grandparents met for the first time on the dance floor, and they got married a few months later,’ she said.

‘So dancing was the spark to their relationship.’

But although she enjoyed taking part in Flirty Dancing, in her case, romance failed to blossom with her partner on the show.

‘Funnily enough though, I’m now with somebody else who I also met through dance.’

Flirty Dancing is available to watch on All 4

Flirty Dancing on All 4