Physiotherapist Amanda Hensman-Crook said that a wide range of health professionals engaged with her throughout her week in control of the @NHS Twitter account. 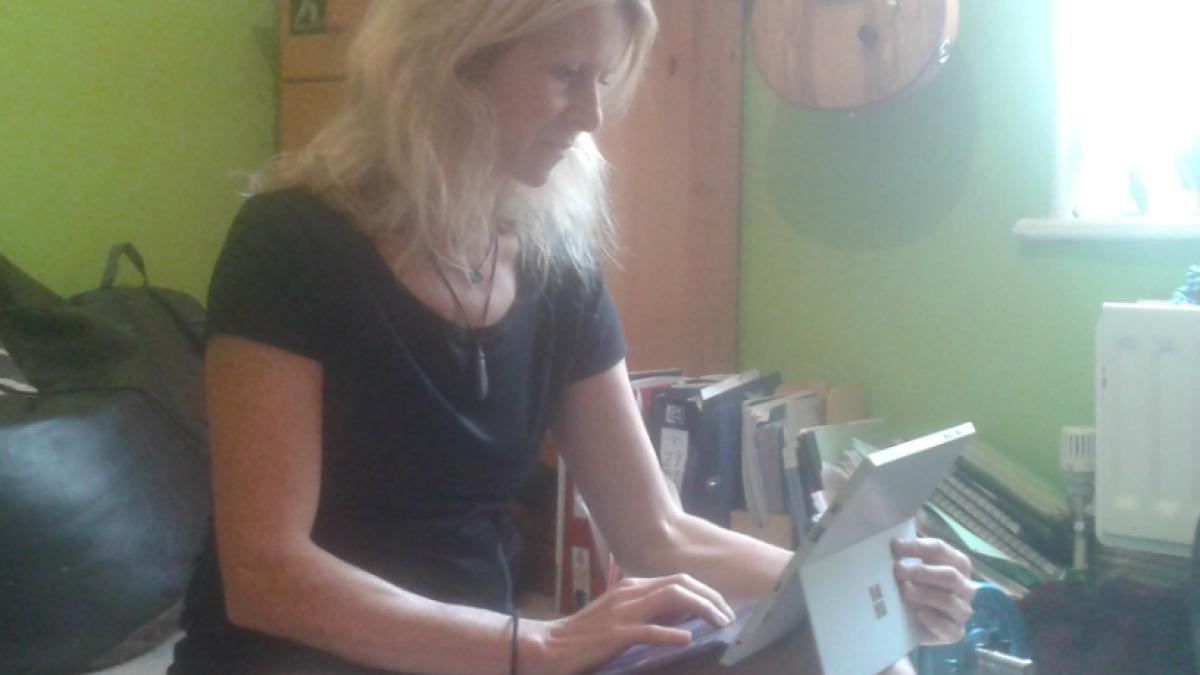 ‘The response was amazing,’ she told Frontline, while taking a well-earned rest after a five-day tweet fest which ended on 20 July.

‘Engagement was brilliant from physios, obviously, and the wider healthcare community – GPs and consultants, included,’ she said.

‘But a lot of my followers were members of the public who were interested in something new in the NHS, first contact physiotherapy.’

NHS England invited Ms Hensman-Crook to take over the @NHS account, which it set up to celebrate the health service through the stories of its staff and patients.

Tweeting as @NHS/Amanda’s story, she took the opportunity to explain and promote first contact physiotherapy and raise the profile of her profession.

Ms Hensman-Crook, a first contact musculoskeletal physio at Windermere Health Centre, said: ‘I had tweeted about first contact physio in relation to a patient who had chronic fatigue syndrome, and posted up an image about invisible disability.

‘It got 1,400 likes, nearly 900 reweets and provoked a massive discussion about this issue.’

CSP animations and videos on primary care, falls and the Love Activity, Hate Exercise? campaign were invaluable in helping to get her messages across.

‘I always had animation in the morning and the audience responded really well,’ she said.

‘Every lunchtime I had a challenge related to the theme of the day. For example, on the day about falls and frailty, the challenge was for everyone to stand up and do a balance exercise.’

Euan McComiskie, the CSP’s health informatics lead, said that @NHS was an excellent way to demonstrate the benefits of first contact physiotherapy.

‘I’m a Twitter convert,’ he said. ‘You can have a worldwide, immediate conversation on Twitter that you would struggle to have on any other medium.

‘And Twitter offers worldwide CPD at your fingers tips. It’s a resource that should be used by as many members as possible.’

Mr McComiskie added that members should consult their organisation’s social media policy to make sure that their Twitter activity complies with this.

In the absence of other policies, however, he recommended that members consult guidance from the CSP and the Health and Care Professions Council.

Ms Hensman-Crook is only the second physiotherapy to tweet from @NHS. The other was Caroline Smith, a children’s community physiotherapist at Lewisham and Greenwich NHS Trust.