Community physiotherapist Sean Curran has won a Northern Ireland Stroke Association award in recognition of his efforts to tailor rehabilitation to patients’ individual lifestyles and interests. 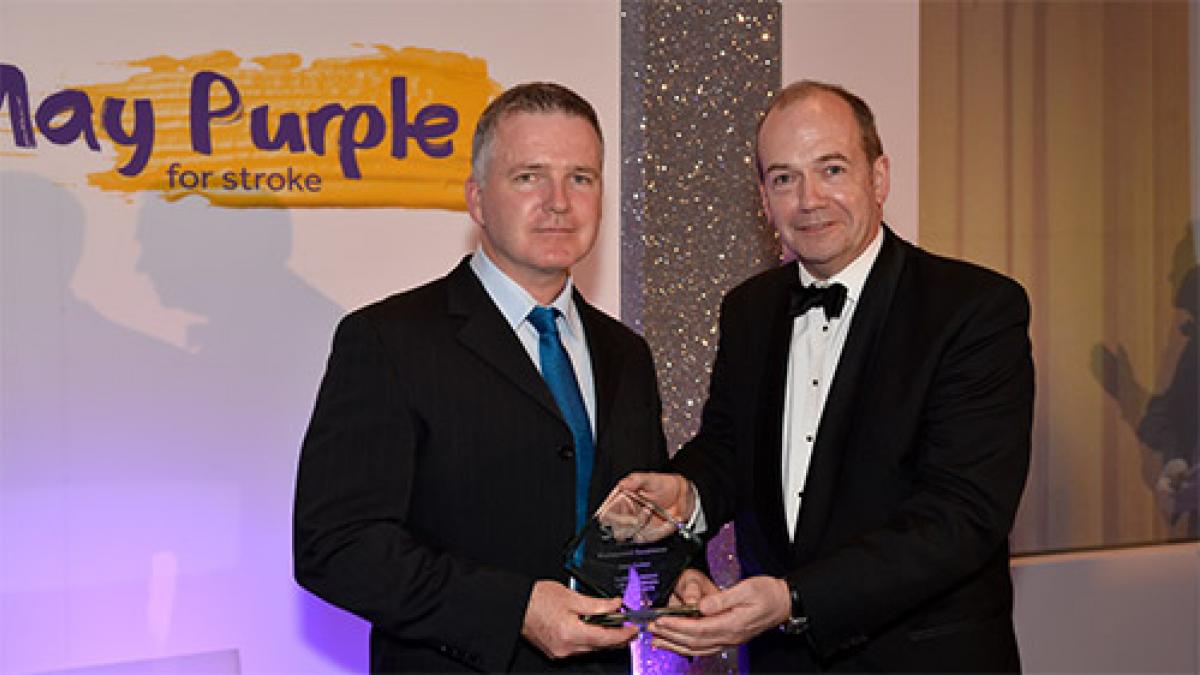 Physio winner Sean Curran (left): 'my award is recognition of all of us really'

He received the Professional Excellence Life After Stroke Award on 13 May, for his motivating approach. ‘I try to think about what patients want to do when they finish their rehab programme, rather than just give them exercis-es. One time I was running up and down with my patient like a father with a child, helping him to re-learn to ride his bike; another patient was a farmer who wanted to be able to get in and out of her tractor, so I spent a day go-ing up and down fields.’

He added that it was nice to be recognised, but acknowledged that ‘a lot of physiotherapists do similar activities'.

'I think my award is recognition of all of us really’, he said.