A physio from Coventry has received a ‘working together’ quality award from his trust, after helping a patient fulfil his dream of going to college. 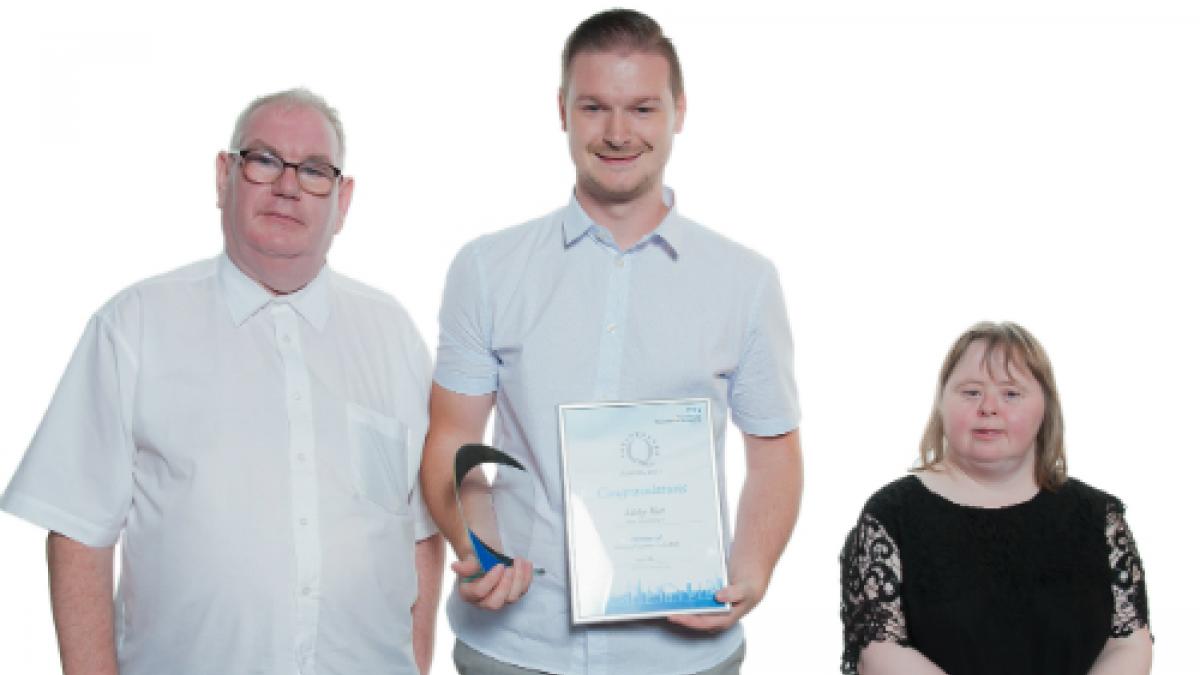 Physiotherapist Ashely Rice with two of the trust's service users, who helped at the awards ceremony

Ashely Rice, a senior children’s physiotherapist at Coventry and Warwickshire Partnership NHS Trust, received the award at a ceremony held at the Hilton Hotel in Coventry in July.

He received it in recognition of his work with a young man who has Ehlers Danlos Syndrome, a condition that means joints frequently dislocate and require relocation.

A staff member put Mr Rice forward for the award, describing in their nomination how ‘the young man was home-schooled due to his condition, but wished to go to a college for young people with special needs.

‘However, they felt they couldn't accommodate him due tothe nature of his condition, and the need to call an ambulance to take him to hospital every time his joints needed relocating.’

Mr Rice researched other cases of young people in this situation, but none were found. So he spoke to consultant physiotherapists and wrote a bespoke risk assessment and action plan.

This outlined scenarios when the young person could be supported to relocate a joint himself, circumstances when it would be necessary to call an ambulance and what could be done for each joint if it dislocated.

After presenting the plan to the family and college Mr Rice made sure staff were happy to follow it. As a result the young man is now attending college and predominantly self-manages his condition.

Mr Rice’s nominee said: ‘It has stopped an over-reliance on acute services, and enabled the therapy staff at the college to support a self-management approach, which will also benefit other people.

‘The young person and his mum were both ecstatic at the result, as Ash helped him to achieve his dream of going to college.’

Mr Rice told Frontline: ‘I was surprised by the nomination as I saw the work I did with this child as part of my day-to-day job.

‘It was nice to know that though my actions I was able to help a bright, young lad re-enter education, and be able to work with the college to allay their fears around someone with a physical disability.

‘A year later and the plan is still being used successfully and he has passed his GCSEs and is continuing with further education. And I’m pleased the trust created the quality awards, which will be in their tenth year next year, to recognise the efforts of their staff and the hard work they do.’