Physio Lucy Cassidy took the main prize at this year’s Advancing Healthcare awards, for leading the development of a virtual fracture clinic at Brighton and Sussex University Trust. 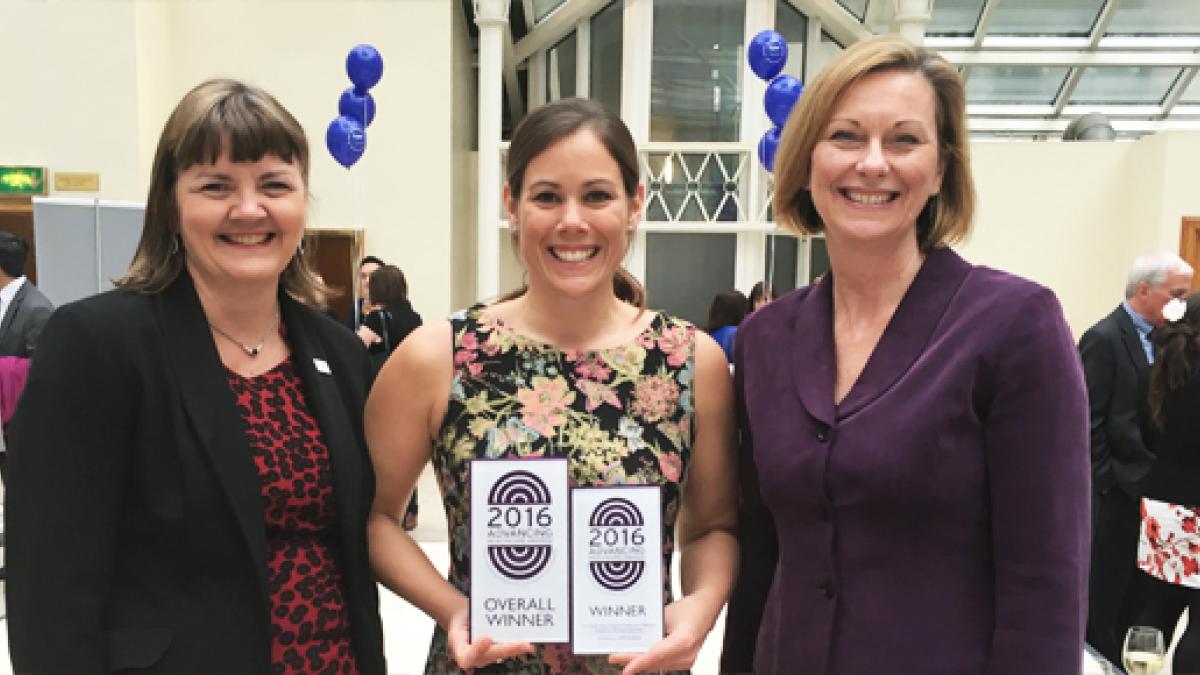 The project, replacing face-to-face reviews of new patients with simple fractures, was reported by Frontline in December 2015, when it had saved the NHS £558,000.

‘Entrepreneurship is something I’ve been striving for as an individual as well as a service,’ Ms Cassidy said.

‘It’s difficult to innovate in the NHS because of financial constraints, and entrepreneurship is often about trying to find a win-win situation with the private sector to support new services.’

And Ms Cassidy delivers presentations in informatics for Microsoft, in exchange for the company’s time to develop its Dynamics product, used by Brighton and Sussex as a patient portal for rehab advice.

Back in action winner

In another triumph for physios, Amy Thomas and Emma Cooke of Cardiff and Vale University Health Board won the Welsh government’s award for ‘prudently advancing practice’.

Their ‘back in action’ project was selected for ‘revolutionising’ the way people with low back pain can learn to cope and get on with their lives.

‘We were absolutely thrilled to be recognised by such an amazing award,’ said team leader Ms Thomas.

‘We have worked really hard to keep this service running and the award gives us the motivation to carry on. But I still can’t believe it!’

Back in action gives patients nine days of rehab over three weeks, and then a six-month follow up. The judges found that nearly all patients ‘improved greatly’, GP and outpatient appointments were reduced, and they said the scheme should be replicated elsewhere.

The awards were made on 15 April in London. They are supported by organisations including NHS England, Public Health England, Unite, the Scottish and Welsh governments, and the Department of Health, Social Services and Public Safety in Northern Ireland.

Frontline report on the physios shortlisted in 2016