Eddie Izzard started from ‘below zero’ in terms of fitness when he set out to run an astonishing 27 marathons in 27 days according to the physio who accompanied him every step of the way. 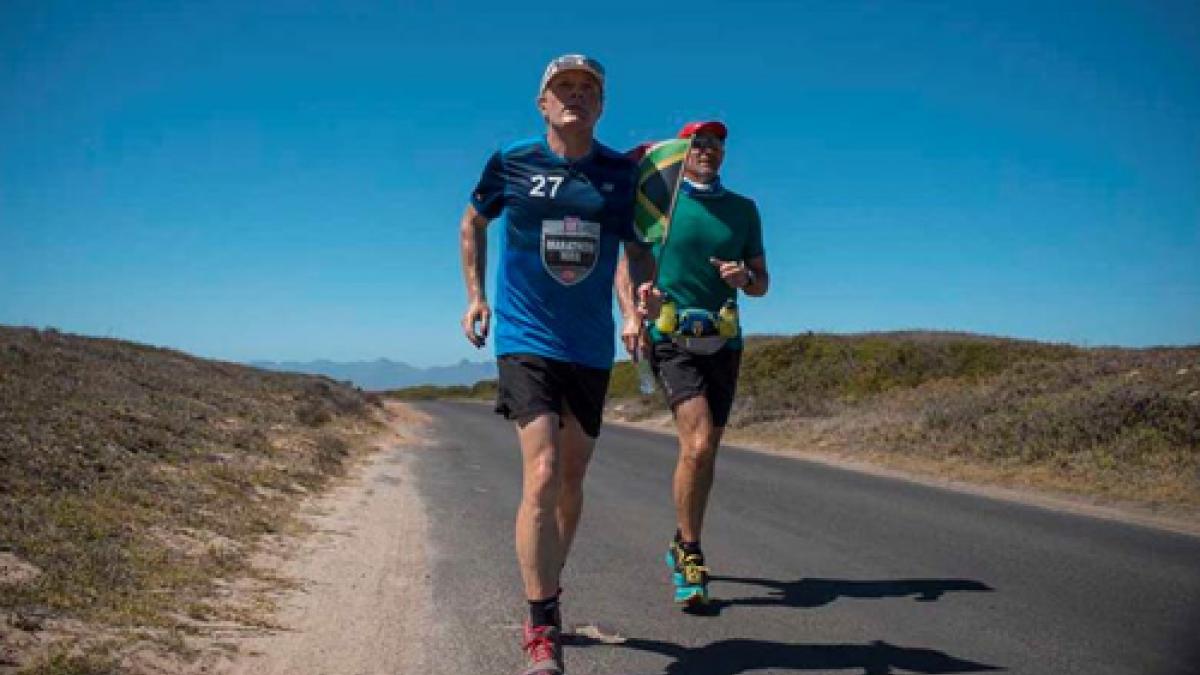 Physiotherapist Tim Cruse-Drew had helped draw up nutrition and training plans for the comedian after an earlier attempt to complete his South African marathon of marathons in 2012 had ended in failure.

But, although Mr Izzard lost weight as a result, he admitted to no preparation for his epic journey across South Africa, a tribute to Nelson Mandela which raised more than £2 million for Sport Relief.

‘Eddie said he was coming down to do a gig near me in Bournemouth and suggested we meet up, and that is where he dropped the bombshell that he was going to South Africa in three weeks’ time,’ Mr Cruse-Drew told Frontline.

Mr Cruse-Drew produced some suggestions for very short-notice training, including warm up stretches and acclimatisation using saunas and even hot baths. 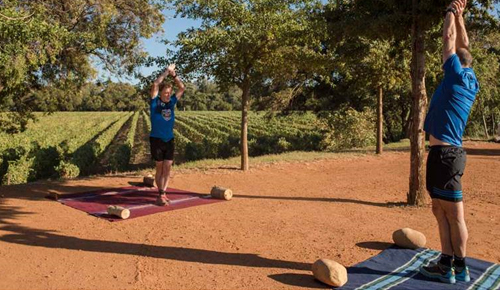 ‘But when we sat down in the lounge at Heathrow on the way to South Africa and I said to Eddie ‘come on, let’s not beat around the bush, what have you done?’ he said ‘absolutely nothing’.’

In fact, not only was Eddie Izzard untrained, he was also dehydrated, a fact that came to light after his fifth marathon in five days in South Africa last month (March).

The comedian was forced to abandon his previous attempt on the 27-marathon run, when he developed rhabdomyolysis, a condition where muscles breakdown into the bloodstream, which can cause serious kidney damage.

After his fifth marathon this time around, Mr Cruse-Drew said Mr Izzard wasn’t running just like an untrained athlete, but like someone who could have been seriously unwell.

So the physio, in conjunction with a doctor, took the difficult decision to end that day’s run, and drive Mr Izzard two-and-a-half hours to the nearest hospital for blood tests and to see a kidney specialist.

The nephrologist gave Mr Izzard the all-clear and confirmed that Mr Cruse-Drew had been treating him correctly, a relief for the physiotherapist who has worked with many elite athletes in the past. 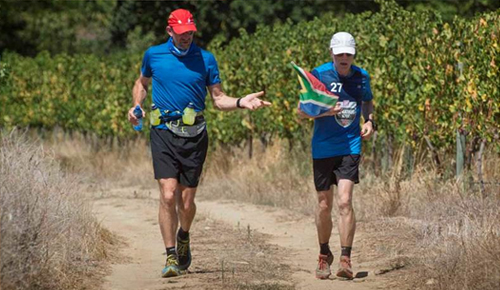 ‘After that I felt much more relaxed,’ he said. ‘Then we were dealing with things like cardiovascular stress, and things that I understand and feel completely comfortable with.’

So for Eddie Izzard to complete 27 marathons in 27 days, including a double marathon on the last day, in the searing African heat, was an even more incredible feat than it might at first seem.

‘What it proved to me was that mental resilience and tenacity can deliver where the body is unprepared physically,’ Mr Cruse-Drew said.

‘To go from zero to a double marathon in 28 days is extraordinary. Elite athletes I work with wouldn’t try that.’

Mr Cruse-Drew stayed in South Africa throughout Mr Izzard’s marathon challenge, often rising at 3am to prepare food and snacks, as well as running much of the route with him to provide motivation.

‘It’s an amazing achievement for Eddie, and obviously raising £2.1 million for Sport Relief is incredible, but there were two things on my own agenda for the trip,’ he said.

‘The first was for Eddie to inspire to others to start to exercise. If just one person tried a 5k after watching Eddie run then it would have been worth it.

‘And the other was to show physiotherapy in a good light. With the cutbacks and so on, I think the work that we do can get a bit lost, so I wanted to show what hands-on physiotherapy can do.’