When an NHS choir made the Christmas number one it was as if a star was shining upon it. 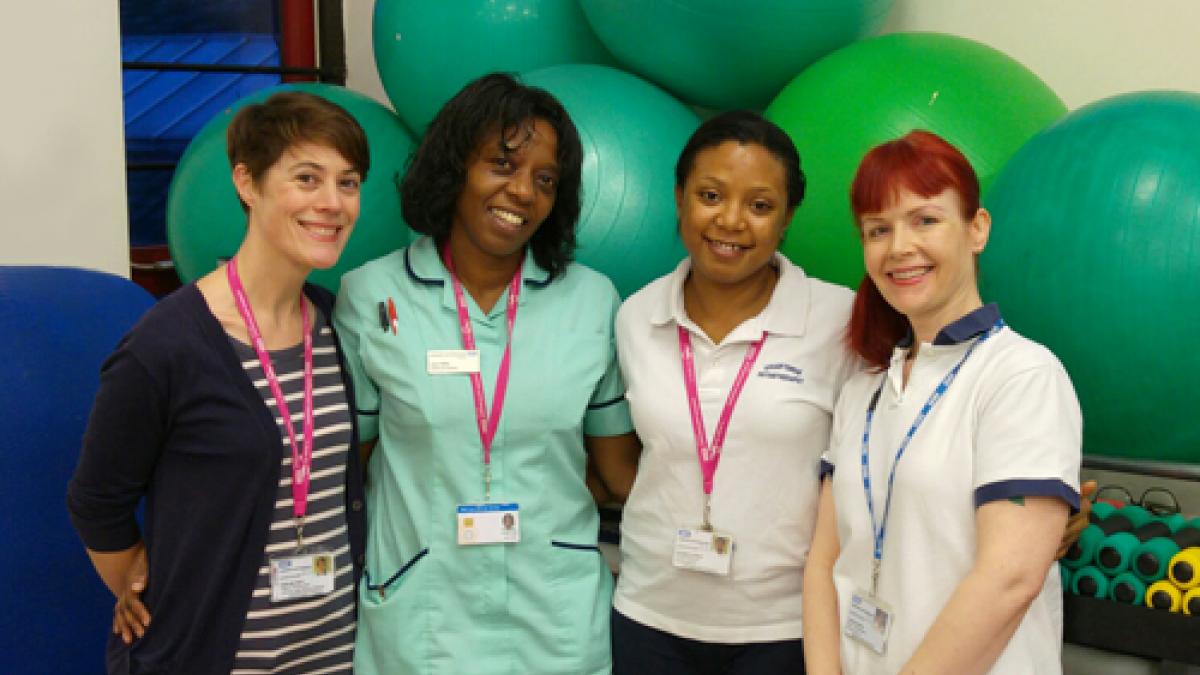 ‘We never thought we would beat Justin Bieber,’ said Caroline Harbord, one of three physiotherapists, plus a therapy assistant, in the 20-strong choir of Lewisham and Greenwich Hospitals Trust.

Just days before Christmas it looked like the Canadian teen idol would pip their single A Bridge Over You – a reworking of Coldplay’s Fix You and Simon and Garfunkel’s Bridge Over Troubled Water – to the top spot.

But then Mr Bieber tweeted urging his fans to support the NHS choir and ‘everything went bonkers from then on’, said Ms Harbord.

Merrily on a high 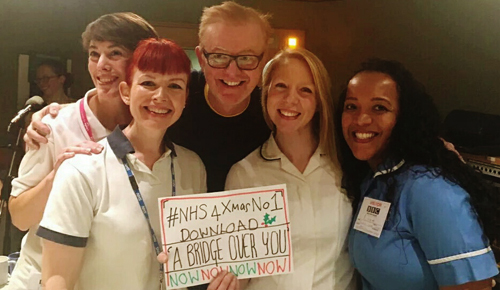 The choir joined Chris Evans to sing live on Radio 2

From getting very little airplay in the run up to the big day, the choristers suddenly found themselves singing the hit live on the Chris Evans’ Radio 2 Breakfast show, along with two hours’ worth of carols accompanied by the DJ.

‘He even took us to the pub afterwards, she added.

The song made number one with 120,000 downloads and more than a million YouTube views of the video.

And it has raised money for charities Carers UK, Mind and the Scottish and Northern Ireland associations of mental health.

And the press couldn’t get enough of them. ‘I was on page three of the Sun, which was hilarious,’ Ms Harbord chuckled.

But, of course, it wasn’t only Mr Bieber’s support that made the choir’s Christmas dreams come true. The social media campaign to get the single to the top slot, launched in October by junior doctor Harriet Nerva, and promoted by many NHS organisations including the CSP, attracted 100,000 fans a week.

‘The choir had attempted the same feat with the single in 2013, when it had done fairly well,’ said Ms Harbord.

Asked if this year’s monumental achievement was an indication of the public’s strength of support for the health service, she responded diplomatically: ‘There’s always politics in the NHS’.

‘As a choir we see it as positive support of the NHS. There’s always so much bad news about the health service that it’s great to make a positive story.’

Physio and choir member Elizabeth Steele, added: ‘The single was an extremely enjoyable experience and was a celebration of all people working in the NHS, including healthcare professionals, administrative staff and porters.

‘We are all amazed and quite taken aback with the support and have enjoyed every minute.’

Fuelled by their success, the choir has a number of concerts in the pipeline and Ms Harbord hinted that it ‘may even do an album’.