Celebrate diversity by joining Pride events across the UK

The CSP is encouraging members to show their support for the LGBTQIA+ community at Pride events taking place across the UK.

This summer has already seen Belfast Pride take place (from 31st July - 1st August), and further Pride events are now scheduled to take place in other locations across the UK.

On 4 September Pride parades are taking place in Salisbury, Leicester, Reading and Glasgow. And Pride events will also take place in Canterbury and Milton Keynes on 11 September.

Then, a few weeks later, Cumbria Pride and Pride in Surrey are both due to happen on 25 September, and Birmingham Pride is being held from 25-26 September. 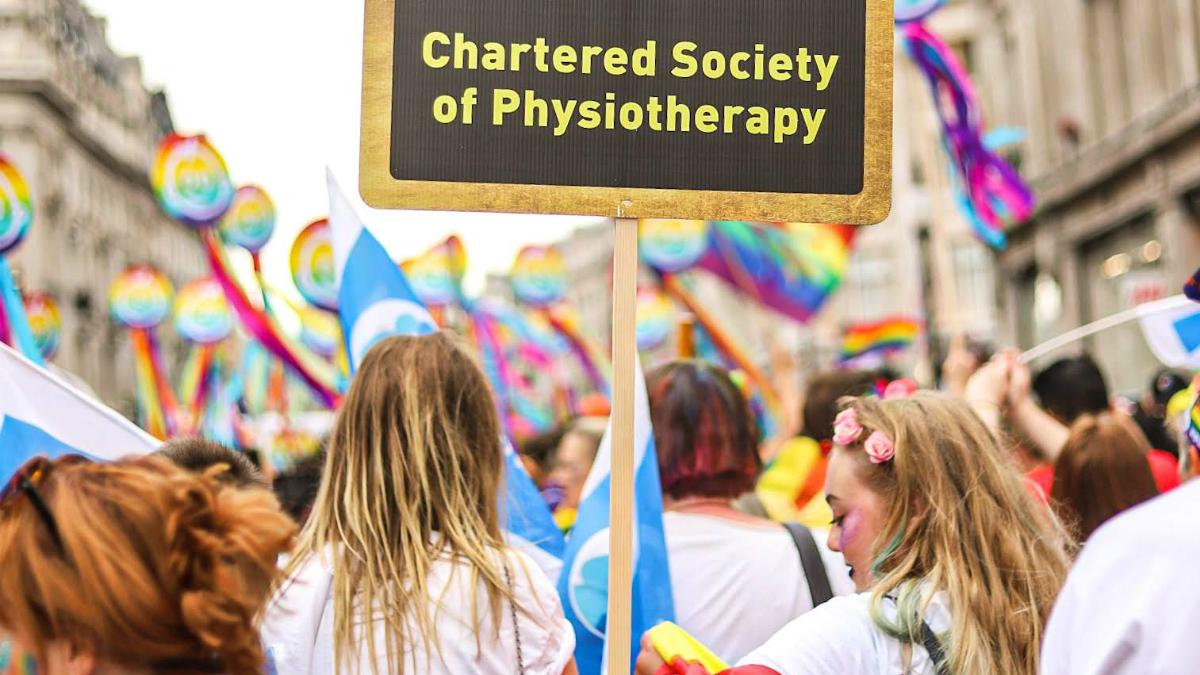 Unfortunately, this year's Pride London was cancelled due to Covid restrictions, but a not-for-profit Pride race is still scheduled to take place in London on 18 September and members are welcome to attend and show their support - or register to take part in the event.

As Sudhir Daya, chair of CSP's LGBTQIA+ network, explains: 'Some of us from the LGBTQIA+ network in London are going to be walking, running, huffing, puffing, giggling and chatting our way through the colourful Pride Run 10k.'

Organise your own Pride celebration

If you can’t make it to any of the official Pride events there may still be ways for you to celebrate and offer your support.

For instance, Sammy Gibson, a physiotherapist and CSP equality rep who works as part of the Learning Disabilities and Autism Team at Leeds Teaching Hospitals Trust, came up with an alternative way to celebrate Pride after her local event, Leeds Pride, was cancelled.

Instead of attending an official Pride event, as she had originally hoped to do, Sammy decided to create her own Pride Wall competition - and fellow physios, colleagues and hospital staff were all invited to get involved.

‘It was open to all departments in the trust, not just physios, but we had some amazing physio entries,’ she explained.

Below are some more of the entries that were submitted: